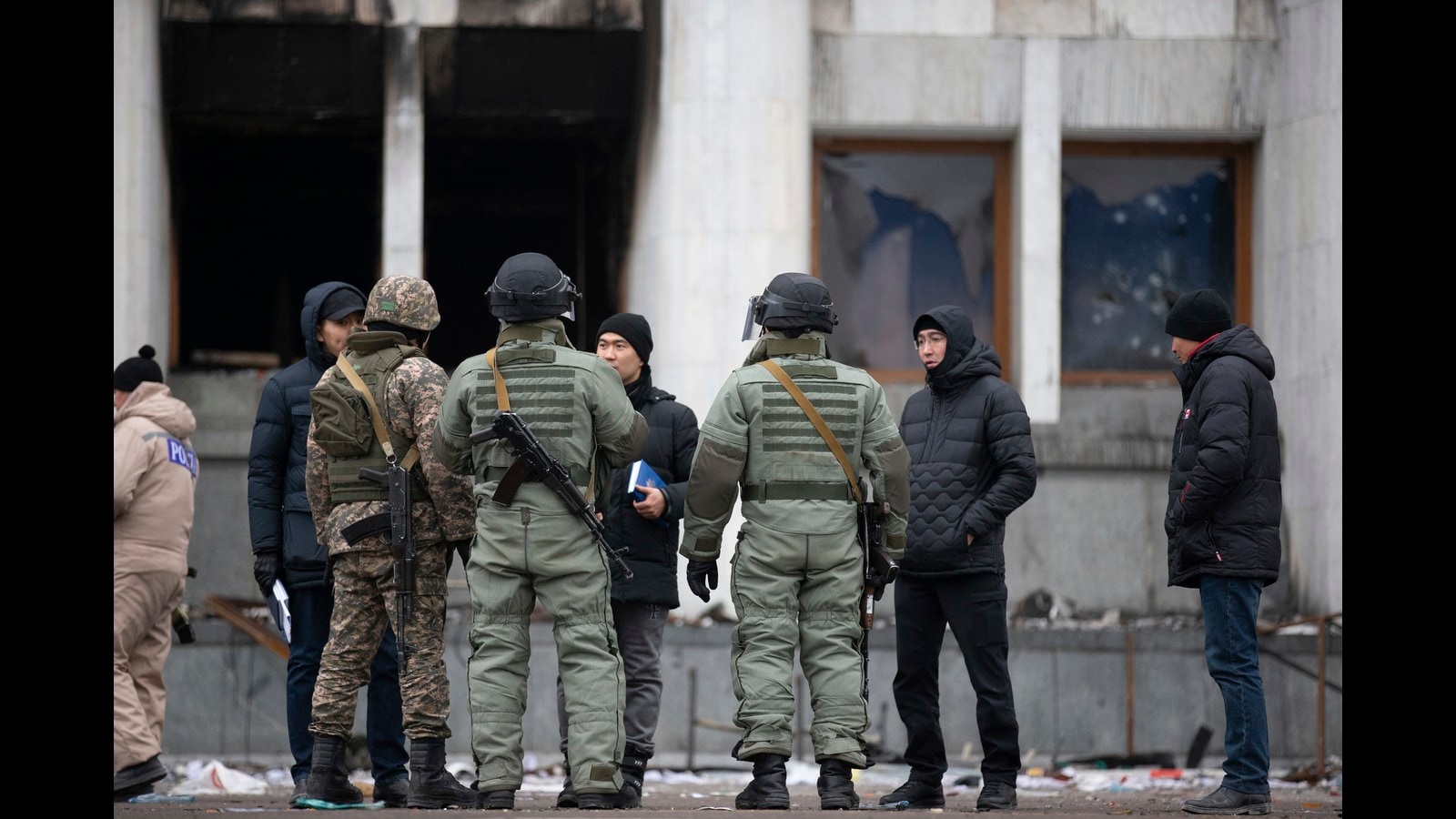 NEW DELHI: India on Monday called for the early stabilisation of the situation in Kazakhstan after the deadliest outbreak of violence in the Central Asian state for three decades and said coordination with local authorities helped ensure the safety of Indian nationals.

Demonstrations triggered by a hike in gas prices rapidly turned violent last week and troops from the Russia-led Collective Security Treaty Organisation (CSTO) were sent to Kazakhstan at the request of President Kassym-Jomart Tokayev to restore order.

A statement issued by the presidential office on Sunday said the situation has stabilised across Kazakhstan, though troops were continuing “clean-up” operations. Authorities have confirmed 44 deaths after retracting a statement posted on an official channel on Telegram that said more than 160 people died in the violence. About 8,000 people have been detained.

Also Read: The protests in Kazakhstan and its implications in the neighbourhood

External affairs ministry spokesperson Arindam Bagchi said: “India is closely following recent developments in Kazakhstan. We express our deepest condolences to families of innocent victims who have lost lives in the violence.

“As a close and friendly partner of Kazakhstan, we look forward to an early stabilisation of the situation.”

Bagchi said India’s coordination with Kazakh authorities helped ensure the safety and security of Indian nationals. “They are advised to follow local security instructions and get in touch with the Embassy of India for any assistance,” he added.

According to the website of the Indian embassy in Nur-Sultan, the size of the Indian community in Kazakhstan is about 7,800. This includes 5,300 students and some 1,000 construction workers, while the rest are professionals.

The violence erupted at a time when leaders of the the five Central Asian states are expected to be chief guests at India’s Republic Day celebrations on January 26. No official announcements have been made by India or the Central Asian countries, though the leaders of Kazakhstan, Kyrgyzstan, Tajikistan, Turkmenistan and Uzbekistan have reportedly been approached in this regard.

India sees the five Central Asian states as part of its extended neighbourhood and crucial for ensuring security and stability in the region following the Taliban takeover of Afghanistan. Kazakhstan is India’s largest trade and investment partner in Central Asia, and bilateral trade was worth $1.86 billion in 2019.

Claire Danes on The Essex Serpent: ‘I think the serpent is...

Day after lynching at Golden Temple, another man killed over alleged...