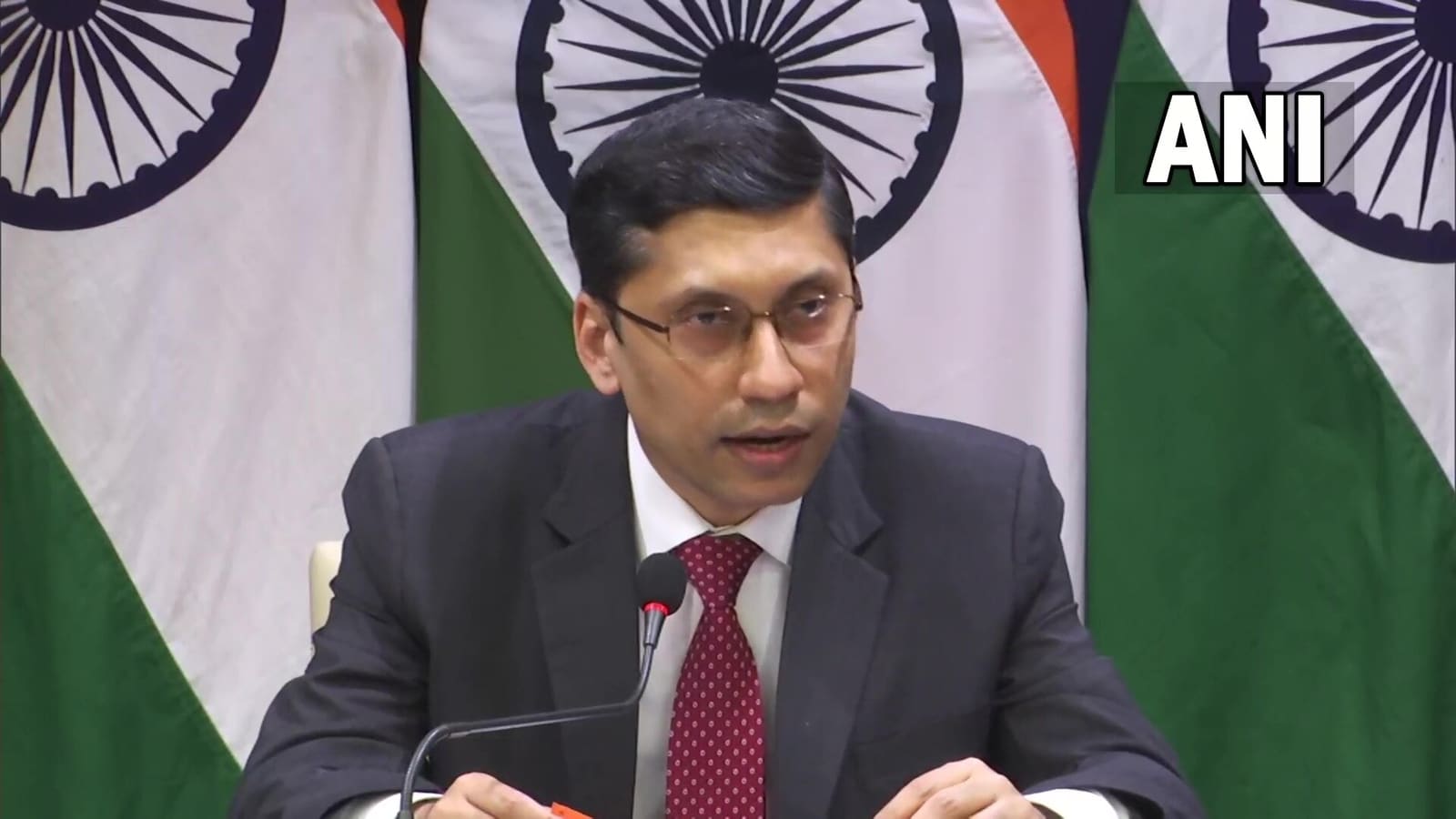 New Delhi has always conveyed strong protest to such activities via diplomatic means and will continue to do so in future, the ministry said adding that the government has also stepped up border infrastructure, including construction of roads, bridges for the local population.

The ministry of external affairs on Thursday said India has neither accepted the illegal occupation of Indian territory by China nor China’s unjustified claims. “China has undertaken construction activities in the past several years along the border areas, including in the areas that it has illegally occupied over decades. India has neither accepted such illegal occupation of our territory nor has it accepted the unjustified Chinese claims,” ministry spokesperson Arindam Bagchi said.

New Delhi has always conveyed strong protest to such activities via diplomatic means and will continue to do so in future, the ministry said adding that the government has also stepped up border infrastructure, including the construction of roads, bridges which have provided much-needed connectivity to the local population along the border.

“The government is committed to the objective of creating infrastructure along border areas for improvement of livelihood, including in Arunachal Pradesh. The government keeps a constant watch on developments having bearing on India’s security and takes all measures to safeguard the sovereignty and territorial integrity,” he said.

The MEA statement comes after a Pentagon report claimed that China has built a village along the Line of Actual Control in the Arunachal Pradesh sector.

“Beginning in May 2020, PLA launched incursions into customarily Indian-controlled territory across the border and has concentrated troops at several standoff locations along LAC. In addition, a substantial reserve force from Tiben and Xinjiang military districts were deployed to the interior of western China to provide a rapid response,” the Pentagon report said.

The report said that this new village built last year is in a disputed area along the Tsari river. “Sometimes in 2020, the PRC built a large 100-home civilian village inside disputed territory between the PRC’s Tibet Autonomous Region and India’s Arunachal Pradesh state in the eastern sector of the LAC. These and other infrastructure development efforts along the India-China border have been a source of consternation in the Indian government and media,” the Pentagon report said.

Dogged by desertions after poll washout, TMC to kick off Goa...

Indian medical students abroad with incomplete internship to get relief

Novak Djokovic becomes 1st player to win 80 matches in all...

Tamil Nadu CM Stalin hits out at ‘one country, one language’

International Women’s Day 2022: Date, history, and importance of the day

Man shot in ‘accidental’ gunfire in train in Himachal