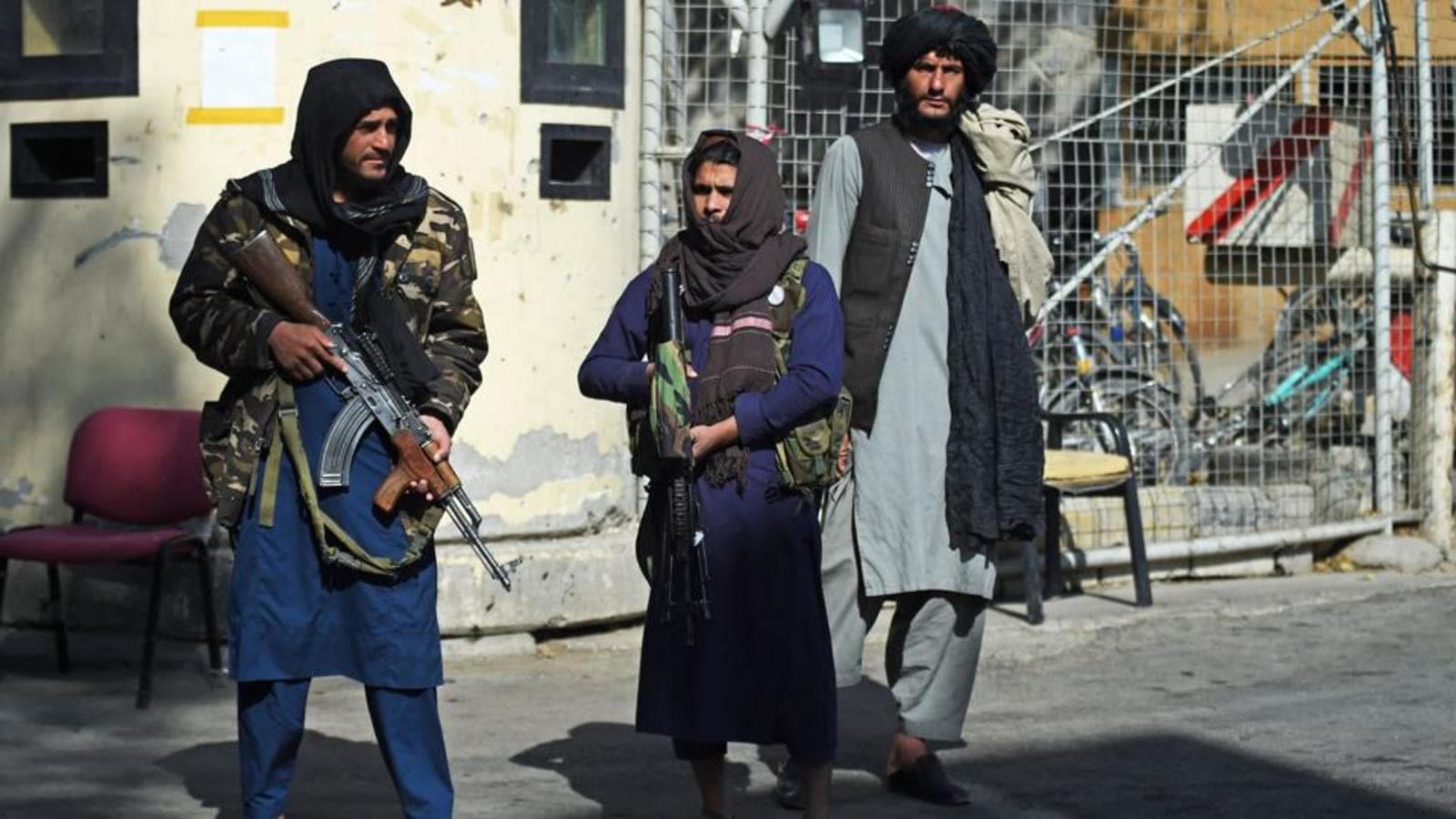 Eight regional countries, including India, Iran and Russia, pledged on Wednesday to combat terrorism emanating from Afghanistan and called for an open and inclusive government in Kabul with representation from all sections of Afghan society.

In an apparent reference to Pakistan’s backing for the Taliban, a declaration issued at the conclusion of the Delhi Regional Security Dialogue on Afghanistan – which was attended by top security officials from the eight countries – emphasised respect for Afghanistan’s sovereignty and non-interference in its internal affairs.

The security officials pitched for collective efforts to counter extremism, radicalisation, separatism and drug trafficking in the region.

“We all have been keenly watching the developments in [Afghanistan]. These have important implications not only for the people of Afghanistan, but also for its neighbours and the region,” Doval said in televised remarks.

“This is a time for close consultations amongst us, greater cooperation, interaction and coordination among the regional countries,” he said.

This was the first regional meeting on Afghanistan convened by India since Kabul fell to the Taliban on August 15. However, the dialogue was the continuation of a mechanism whereby Iran hosted two meetings in 2018 and 2019.

Pakistan and China were invited to the meeting but chose not to participate. Pakistan’s NSA Moeed Yusuf said last week he wouldn’t attend because India was being a “spoiler” in the region, while the Chinese side cited scheduling problems.

The Delhi Declaration on Afghanistan, issued after the meeting, said the eight countries are committed to “combat terrorism in all its forms and manifestations, including its financing, the dismantling of terrorist infrastructure and countering radicalisation, to ensure that Afghanistan would never become a safe haven for global terrorism”.

It said that “Afghanistan’s territory should not be used for sheltering, training, planning or financing any terrorist acts”.

The declaration stressed the need to form “an open and truly inclusive government that represents the will of all the people of Afghanistan and has representation from all sections of their society, including major ethno-political forces in the country”. The inclusion of all sections of Afghan society in the administrative and political structure is “imperative for the successful national reconciliation process”, it said.

The eight countries said they backed a peaceful, secure and stable Afghanistan while emphasising “respect for sovereignty, unity and territorial integrity and non-interference in its internal affairs”. They expressed concern at the suffering of the Afghan people because of the security situation and condemned terror attacks in Kunduz, Kandahar and Kabul.

The declaration emphasised the protection of the rights of women, children and minorities, and expressed concern at the deteriorating socio-economic and humanitarian situation. In this context, the declaration highlighted the need to provide urgent humanitarian aid to the Afghan people.

While pointing to the UN’s “central role” in Afghanistan, the eight countries said humanitarian assistance should be provided in an “unimpeded, direct and assured manner”, and distributed in a non-discriminatory manner to all sections of Afghan society.

The representatives of the eight countries, in brief opening statements, pushed for collective efforts to cope with threats such as terrorism and drug trafficking emanating from Afghanistan, and to provide humanitarian aid to Afghans before the onset of winter.

Shamkhani referred to the challenges of terrorism and a refugee crisis, and said: “The solution comes only through the formation of an inclusive government with the participation of all ethnic groups.”

Patrushev noted the proliferation of dialogue mechanisms on Afghanistan, including the Moscow Format and Turkic Council, and said it was important that these forums do not duplicate work but complement each other.

Kazakhstan’s national security committee chairman Karim Massimov said his country is closely monitoring threats from Afghanistan. “With the Taliban movement coming to power, the situation inside the country remains complicated. There are many obstacles to form an effective government system,” he said.

“Terrorist organisations are intensifying their activities. We are strongly concerned with the operations of the Central Asian fighters,” he added.

Tajikistan’s security council secretary Nasrullo Rahmatjon Mahmudzoda said his country is concerned about developments following the Taliban takeover because it has a long border with Afghanistan.

“The current situation creates extra risk and possibility for growth of drug trafficking, terrorism and criminality. The situation on the Tajik-Afghan border remains complicated currently under the influence of many negative factors,” he said.

“We are optimistic because the whole region needs stability and security in Afghanistan…the meetings…pave the way to understanding, and they are hopefully in the benefit of Afghanistan,” Mujahid said.

China’s special envoy for Afghanistan Yue Xiaoyong will attend a meeting of the “extended troika” to be hosted by Pakistan on November 11. The meet will also be attended by the senior envoys of the US and Russia. Muttaqi’s delegation is expected to meet senior officials of all four countries while in Islamabad.

Pakistan’s security establishment, with its close ties to the Taliban and the Haqqani Network, has gained influence in Kabul since August. At the same time, the Taliban are looking towards China for investments following the withdrawal of Western assistance.