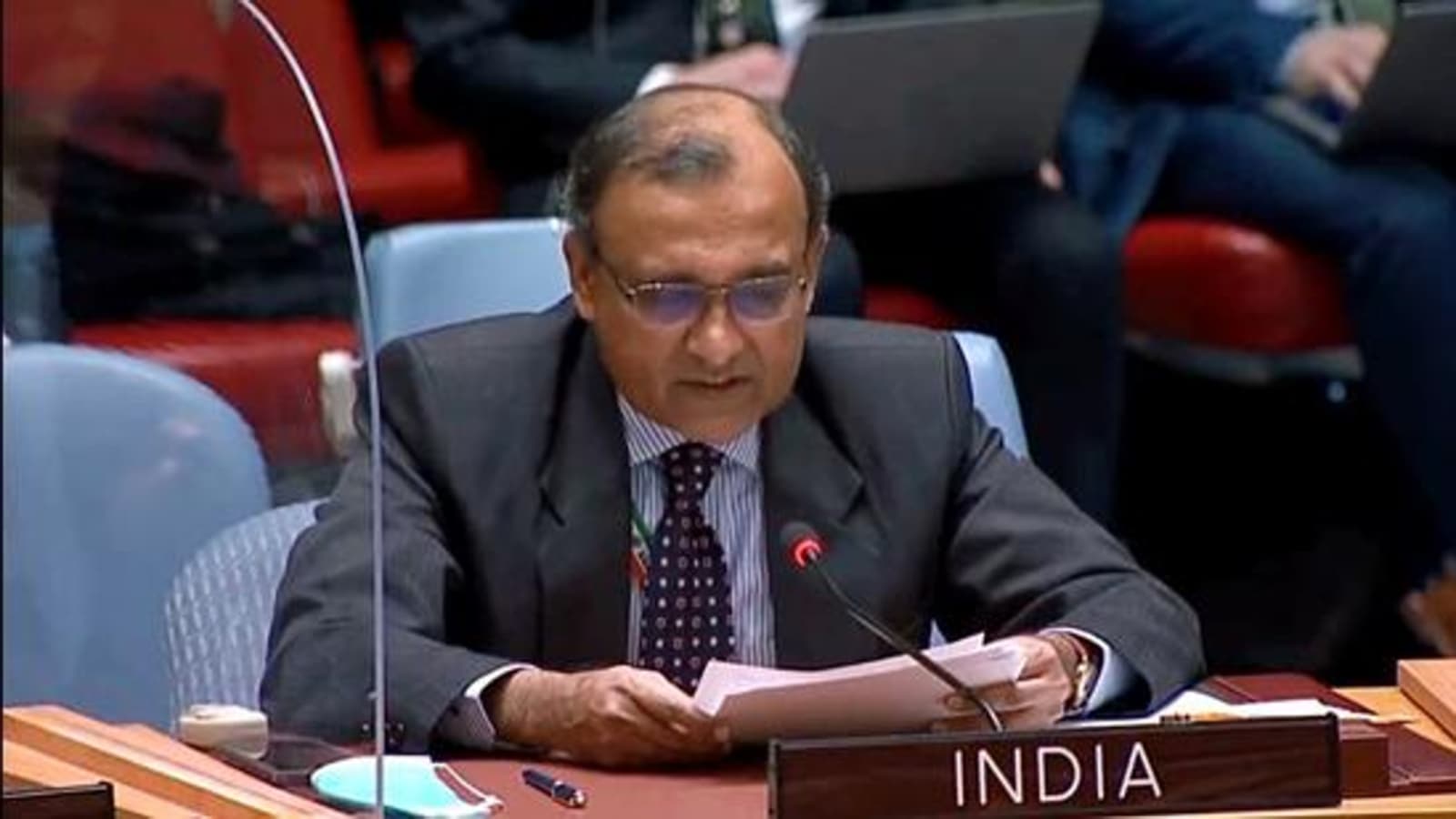 India on Monday opposed a UN Security Council draft resolution on climate change on the grounds that it sought to “securitise” the issue and that the body was not the appropriate forum to discuss such matters.

The draft resolution was framed by Ireland and Niger, who are members of the UN Security Council responsible for leading negotiations and drafting resolutions on climate change. Though it was backed by 12 of the council’s 15 members, Russia vetoed the resolution while China abstained.

The resolution sought to portray climate as an issue that threatens global peace and security but people familiar with the matter said the UN Security Council was not the proper forum to discuss the matter.

The Indian mission to the UN said in a tweet that the country voted against the draft resolution “that attempted to securitize climate action and undermine the hard-won consensual agreements” at the COP26 conference in Glasgow.

“India had no option but to vote against [the resolution],” TS Tirumurti, India’s permanent representative to the UN, said while explaining the country’s vote.

“India is second to none when it comes to climate action and climate justice, but the Security Council is not the place to discuss either issue. In fact, the attempt to do so appears to be motivated by a desire to evade responsibility in the appropriate forum and divert the world’s attention from an unwillingness to deliver where it counts,” Tirumurti said.

India, he said, is moving forward on climate change with “great courage and high ambition”, but the country also understands the challenges of developing nations and will “continue to voice their concerns and expectations”. There should be no confusion about India’s determination to combat climate change and the country will always support “real climate action and serious climate justice”, he added.

Tirumurti said the Indian prime minister had unveiled an ambitious climate action vision with five elements at COP26 – taking non-fossil energy capacity to 500 GW by 2030, meeting 50% of energy requirements from renewable energy by 2030, reducing total projected carbon emissions by one billion tonnes by 2030, reducing the carbon intensity of economy to less than 45% by 2030, and achieving the target of “net zero” by 2070.

India now ranks fourth in terms of installed renewable energy capacity and non-fossil energy has increased by more than 25% in the past seven years and reached 40% of the total energy mix. India has also taken the lead in initiatives such as the International Solar Alliance (ISA) and Coalition for Disaster Resilient Infrastructure (CDRI).

Affordable access to climate finance and technologies has become critical, and developed countries must provide climate finance of $1 trillion at the earliest, Tirumurti said.

“The reality is that developed countries have fallen well short of their promises. This is particularly important to recognise because today’s attempt to link climate with security really seeks to obfuscate lack of progress on critical issues under the UN FCCC (Framework Convention on Climate Change) process,” he said.

India was also concerned about the manner in which the issue was brought before the Security Council, and there was “no real requirement for this resolution except for bringing climate change under the ambit of the Security Council”, Tirumurti said.

The decisions were made without the involvement of most developing countries and without recognising consensus, he said. The UN Security Council members are “major contributors to climate change due to historic emissions” and the position that a few countries will have a “free hand” in deciding all climate-related issues is “neither desirable nor acceptable”, Tirumurti said.

93% of trains ran on time between April and November this...

Using Google Chrome browser? Govt has a warning. Here’s how to...