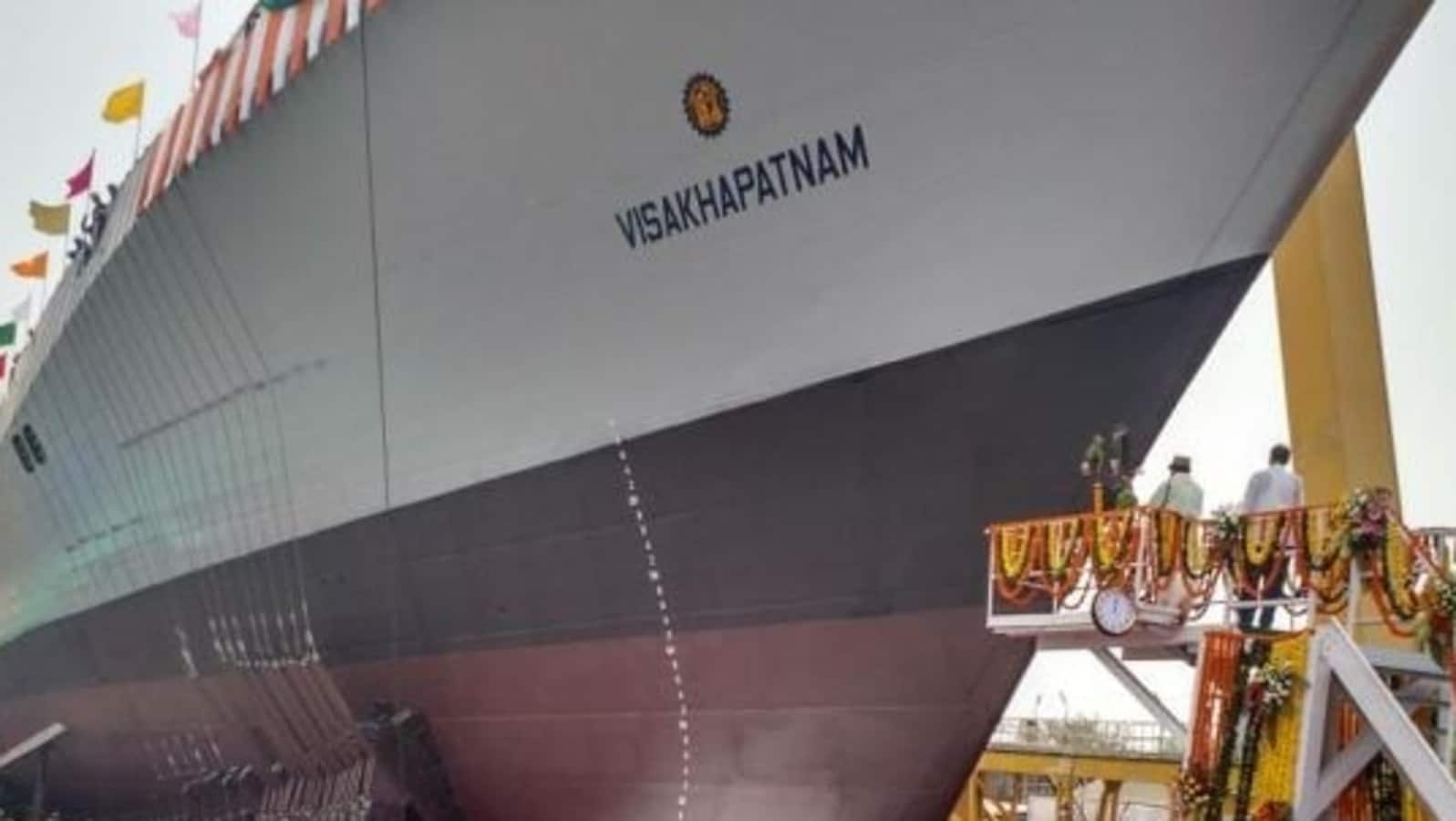 The Indian Navy will on Sunday commission the INS Visakhapatnam, which is the first ship of Project 15B, at the naval dockyard in Mumbai in the presence of defence minister Rajnath Singh as the chief guest at the ceremony.

“Will be in Mumbai tomorrow, 21st November. Looking forward to attending the commissioning ceremony of INS Visakhapatnam. The event marks the formal induction of the first of the four ‘Visakhapatnam’ class destroyers, into the Indian Navy,” Singh tweeted on Saturday.

According to a statement on Saturday, the commissioning of INS Visakhapatnam will reaffirm India’s presence amongst an elite group of nations with the capability to design and build advanced warships.

Besides indigenous equipment in the ‘float’ and ‘move’ categories, the destroyer ship is also equipped with major indigenous weapons such as indigenous medium range surface to air missile systems, surface to surface missiles, torpedo tubes and launchers.

“We are ready for INS Visakhapatnam’s commissioning. Our indigenous content is the highest today. After commissioning, we will continue with a few more trials and will be one with the fleet,” Captain Birendra Singh Bains, the commanding officer (designate) of INS Visakhapatnam, told news agency ANI on Saturday.

The Indian Navy will also commission the submarine Vela on November 25 and chief of naval staff Admiral Karambir Singh will be the chief guest at the commissioning ceremony. Vela will be the fourth submarine of project 75.

“Six Submarines are being constructed under Project-75. With the commissioning of Vela, the project would have crossed the halfway mark,” the statement said on Saturday.

It added that the commissioning of INS Visakhapatnam and submarine Vela will be major milestones showcasing the Indigenous capacity to build complex combat platforms. “This will enhance our capacity and firepower to address the threats both in the above water and underwater domains,” it added.

‘Will end insurgency if voted to power’: Amit Shah’s assurance from...