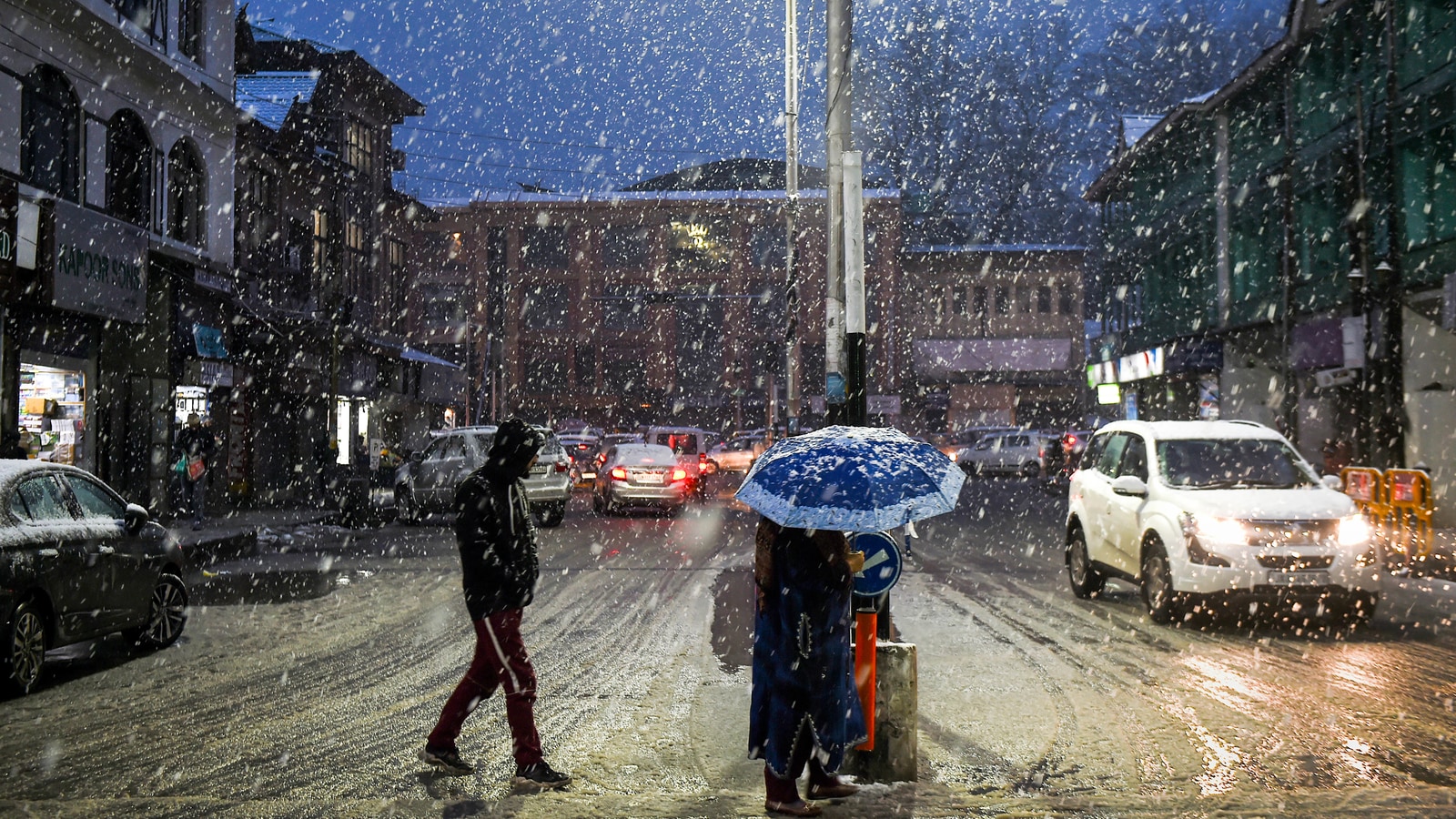 The India Meteorological Department (IMD) has sounded an orange alert in Jammu and Kashmir for January 7 and January 8 in view of inclement weather in the Valley.

The India Meteorological Department (IMD) department said on Saturday morning that snowfall and rain activity in Jammu and Kashmir will decrease from today evening and significant improvement will be observed from Sunday. The orange alert forecast is in place, though, in view of the inclement weather.

The IMD further said that current weather forecast is valid for the next 12 hours.

The impact of bad weather can be felt on surface and air transport and there is also a possibility of avalanche or landslides in vulnerable areas.

The Jammu-Srinagar national highway remained closed for vehicular movement for the third day due to continuous rains and snowfall and shooting stones at various places, news agency ANI reported.

Srinagar Airport said that flights were delayed due to low visibility triggered by rain and snowfall in Jammu and Kashmir.

“The continued snowfall has reduced the visibility at our airport. The snowfall is likely to continue till 11 am. All operations shall be delayed. Kindly bear with us,” it said on Twitter.

The entire Jammu and Kashmir region has been receiving moderate snowfall for the past few days. The highest snowfall was recorded in Gulmarg (43.4 mm) and Batote (44 mm) early on Wednesday.

The IMD has asked people in the Valley not to venture in avalanche prone areas as its data revealed that the disaster is mostly triggered by heavy snowfall. People have also been advised to follow traffic advisory and maintain proper ventilation inside their rooms.

‘Mahua, let me give you a message’: As Mamata rebukes, Mahua...