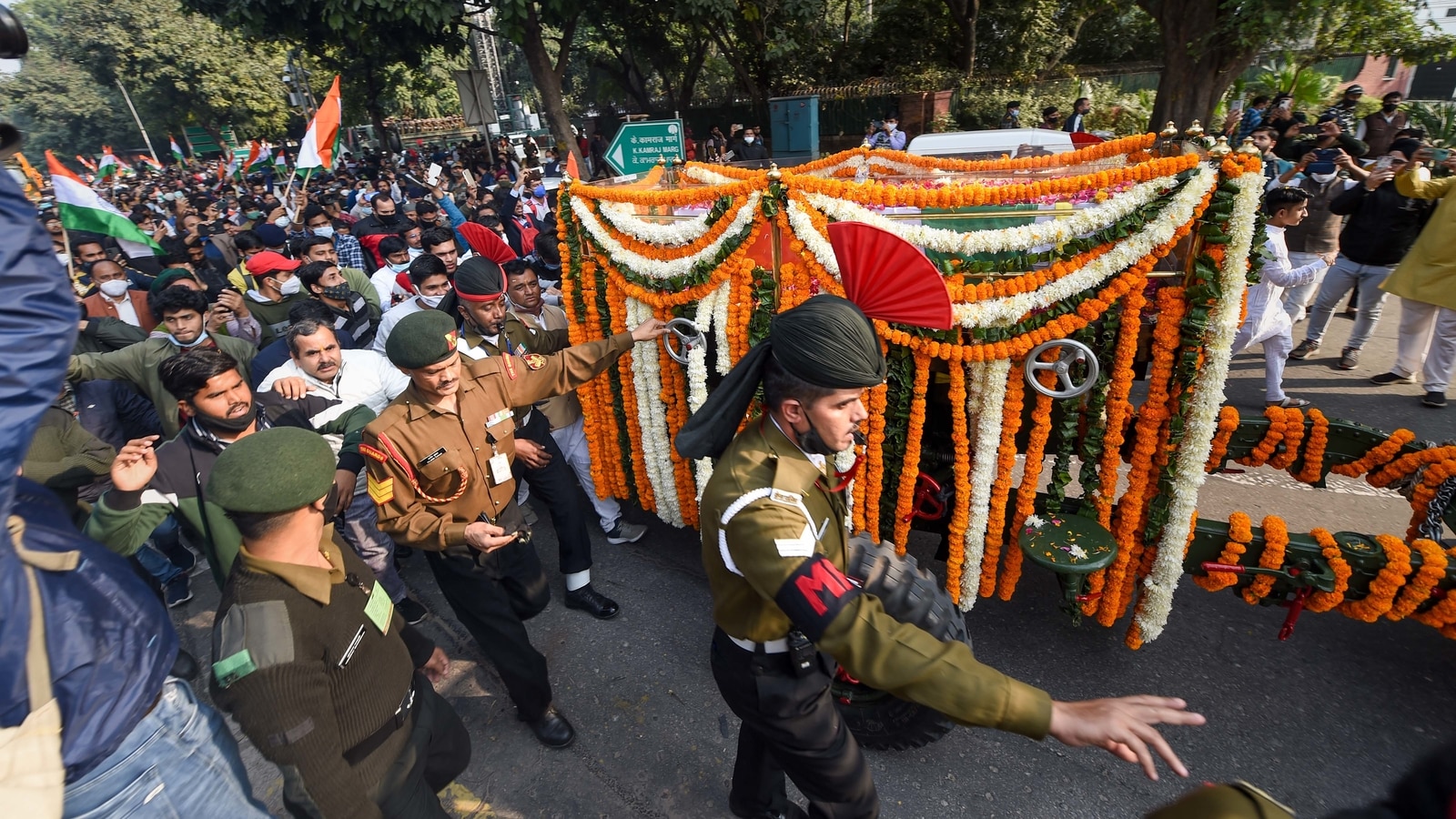 Chief of Defence Staff Bipin Rawat commenced on his final journey on Friday as a convoy carried the mortal remains of Rawat and his wife Madhulika Rawat to Delhi Cantonment crematorium. Citizens were seen chanting slogans as the cortege moved towards the Brar Square crematorium from his residence.

A crowd behind the cavalcade, emotional and carrying the national flag, marched along with the cortege of CDS General Rawat. “Jab tak suraj chaand rahega, Bipin ji ka naam rahega,” they chanted as they marched alongside the cortege.

The bodies were kept at the residence till 2pm on Friday for people to pay their last rites. The funeral was attended by his counterparts from Sri Lanka and high-ranked military officials from neighbouring Bhutan and Bangladesh also were part of his final journey. General Shavendra Silva, chief of defence staff and commander of the Sri Lanka Army and admiral Ravindra Chandrasiri Wijegunaratne (retd.), the former chief of defence staff of Sri Lanka were part of the procession, news agency ANI reported. Wijegunaratne was also a coursemate of CDS Rawat at the National Defence College.

The defence advisor and the naval advisor posted at the Pakistan high commission also paid their last respects by visiting Bipin Rawat’s residence on Friday.

Among others who paid their respects was also British high commissioner Alex Ellis who lauded the efforts made by CDS Rawat to modernise the Indian Army and said he will also miss a true friend. Emmanuel Lenain, ambassador of France, was also present along with others.

Protests over railway jobs are a grim reminder of the state...

Gujarat bandh if cases against Dalits not withdrawn: Mevani