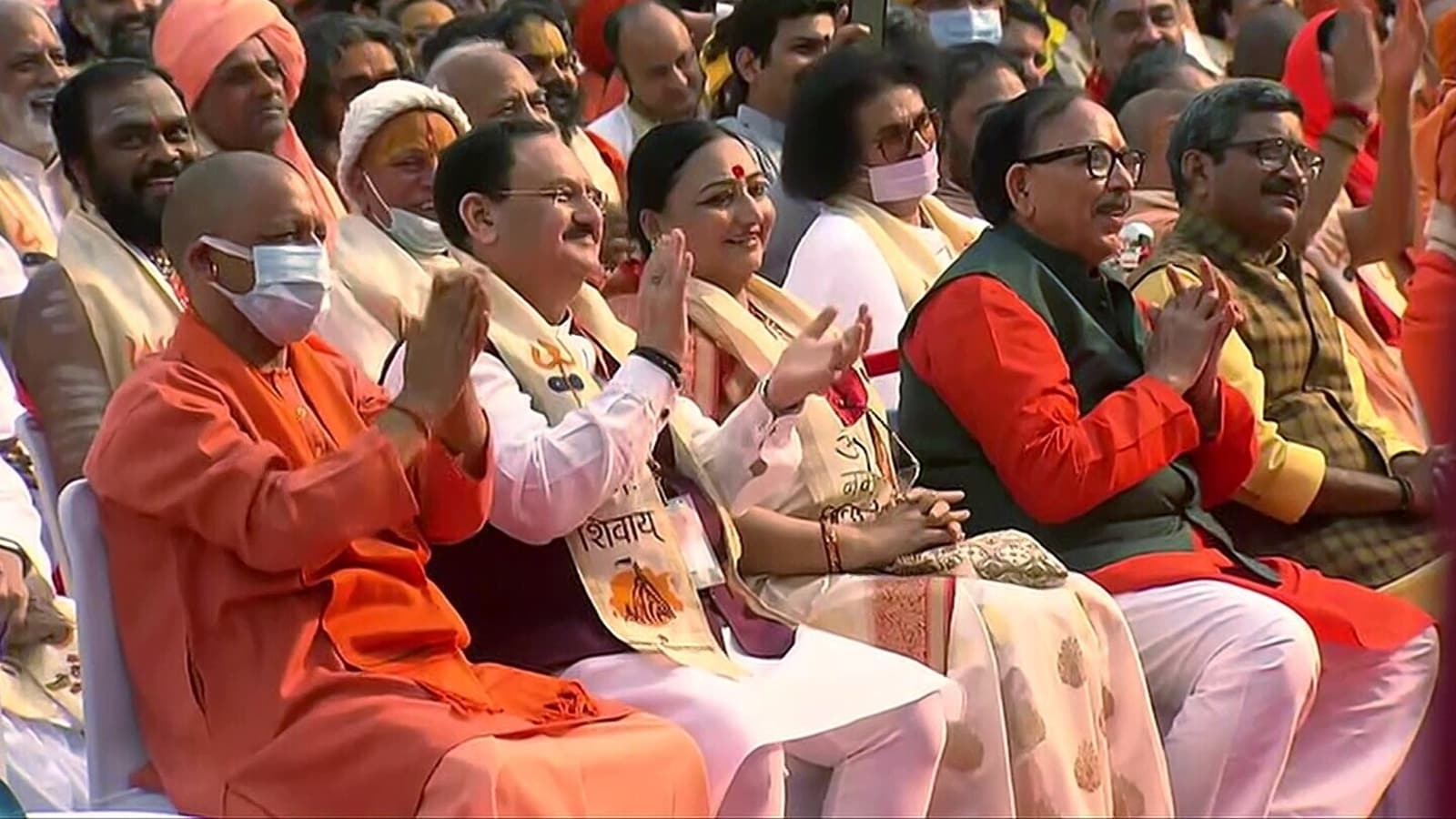 Earlier on Tuesday, PM Modi chaired a meeting with chief ministers of BJP-ruled states in his parliamentary constituency Varanasi. BJP chief JP Nadda was also present in the meeting. He took over as the BJP’s national president in January 2020.

Bharatiya Janata Party (BJP) president Jagat Prakash Nadda will visit Ayodhya in Uttar Pradesh on Wednesday. This is the first time that Nadda is going to Ayodhya after the Supreme Court’s landmark judgement in Ram Janmabhoomi case in 2019.

The BJP chief is expected to perform puja at the famous Hanumangarhi temple and also take the blessings of Lord Ram.

According to district officials, Nadda and other chief ministers will reach Ayodhya by 11am. They are in Lucknow after attending the inauguration of phase 1 of the newly-constructed Kashi Vishwanath Dham by Prime Minister Narendra Modi in Varanasi.

Nadda and other leaders are likely to visit Hanumangarhi temple at around 2pm. They will then go to the Ram Janmabhoomi temple.

Earlier on Tuesday, PM Modi chaired a meeting with chief ministers of BJP-ruled states in his parliamentary constituency Varanasi. Nadda was also present in the meeting.

In November 2019, a five-judge bench of the Supreme Court had unanimously ruled in favour of Ram Lalla and said the entire disputed land spread over 2.7 acres will be handed over to a trust formed by the government, which will monitor the construction of a Ram temple at the site.

The top court also added that an alternative five acres of land at a prominent location in Ayodhya should be allotted for the construction of a mosque following consultation between the Centre and the state government.

On August 5, 2020, PM Modi laid the foundation stone for Ram Temple in Ayodhya.

Meanwhile, assembly elections are scheduled to be held in Uttar Pradesh in early 2022.

In the last elections in 2017, the BJP formed the government after winning 312 of the 403 seats. The Samajwadi Party (SP) bagged 47 seats, Bahujan Samaj Party (BSP) 19 and Congress only seven. The rest of the seats were bagged by other candidates.

Kerala is turning into a nursery of terrorism: Muraleedharan attacks Left,...

As Opp rakes up law and order, Mann to task force:...