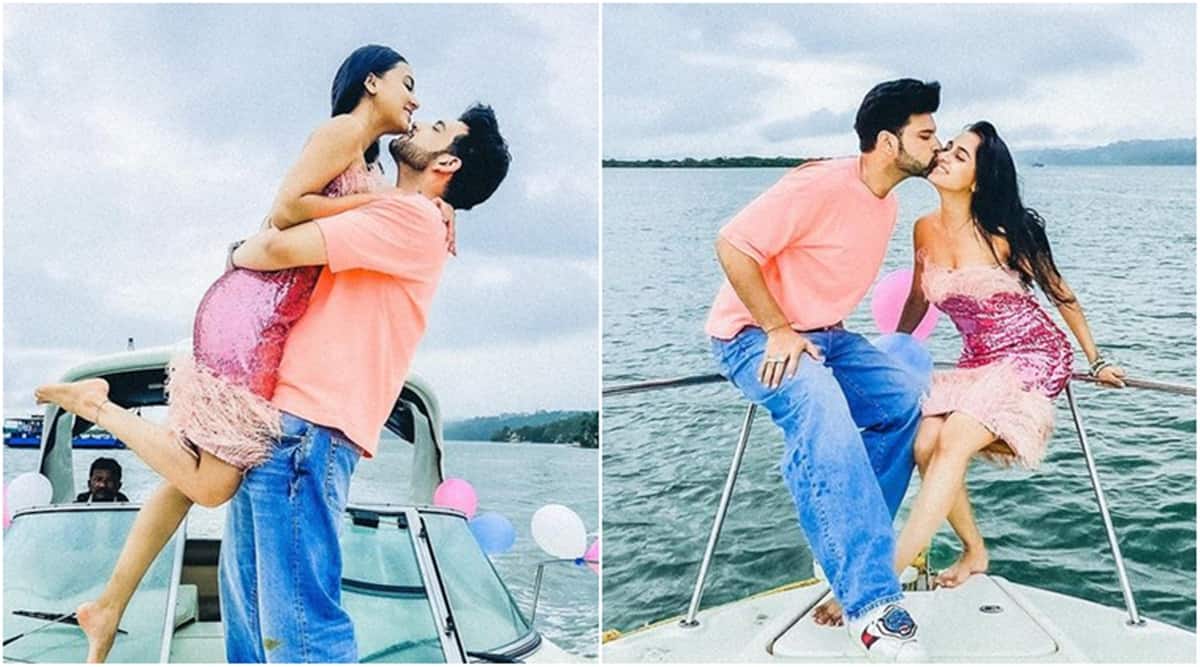 Karan Kundrra on Saturday shared a glimpse of how he celebrated his girlfriend, actor Tejasswi Prakash’s birthday in Goa. The actor shared a post in which he and Tejasswi were seen on a yacht. While one picture featured a happy Tejasswi holding a huge bouquet of red roses, another photo showed Karan planting a kiss on Tejasswi’s cheek.

Sharing the post, Karan Kundrra wished Tejasswi on her birthday. He wrote, “Happy birthday princess.” The post won fans’ hearts as they showered the comment section with love for TejRan, as Karan and Tejasswi are lovingly called by their well-wishers.

“You are the best person, Sunny. Laddoo is so lucky to have you,” a comment read. Another fan wrote, “Best boyfriend in the whole world.” “You deserve the world,” Karan wrote.

Karan and Tejasswi met on Bigg Boss 15. The two fell in love on the show, and have been going strong since then. Tejasswi recently shot for Dance Deewane Juniors’ episode, which is hosted by Karan. On the show, Tejasswi performed on ‘Kaun Tujhe’ from MS Dhoni The Untold Story. Talking about Karan, she said, “Sunny, tum saath hote ho toh zindagi ki ride ka maza double ho jata hai (With you, life becomes a fun ride). I love you Sunny.” In response, Karan Kundrra said, “Ever since she has walked into my life, my life has changed.”

Earlier this week, the two were seen leaving the sets of the show together. The two hopped on a bike to take a ride.

‘It is revolt not betrayal, we aren’t traitors’: Eknath Shinde in...

Man held for shooting, injuring another at gym in Delhi’s Patel...