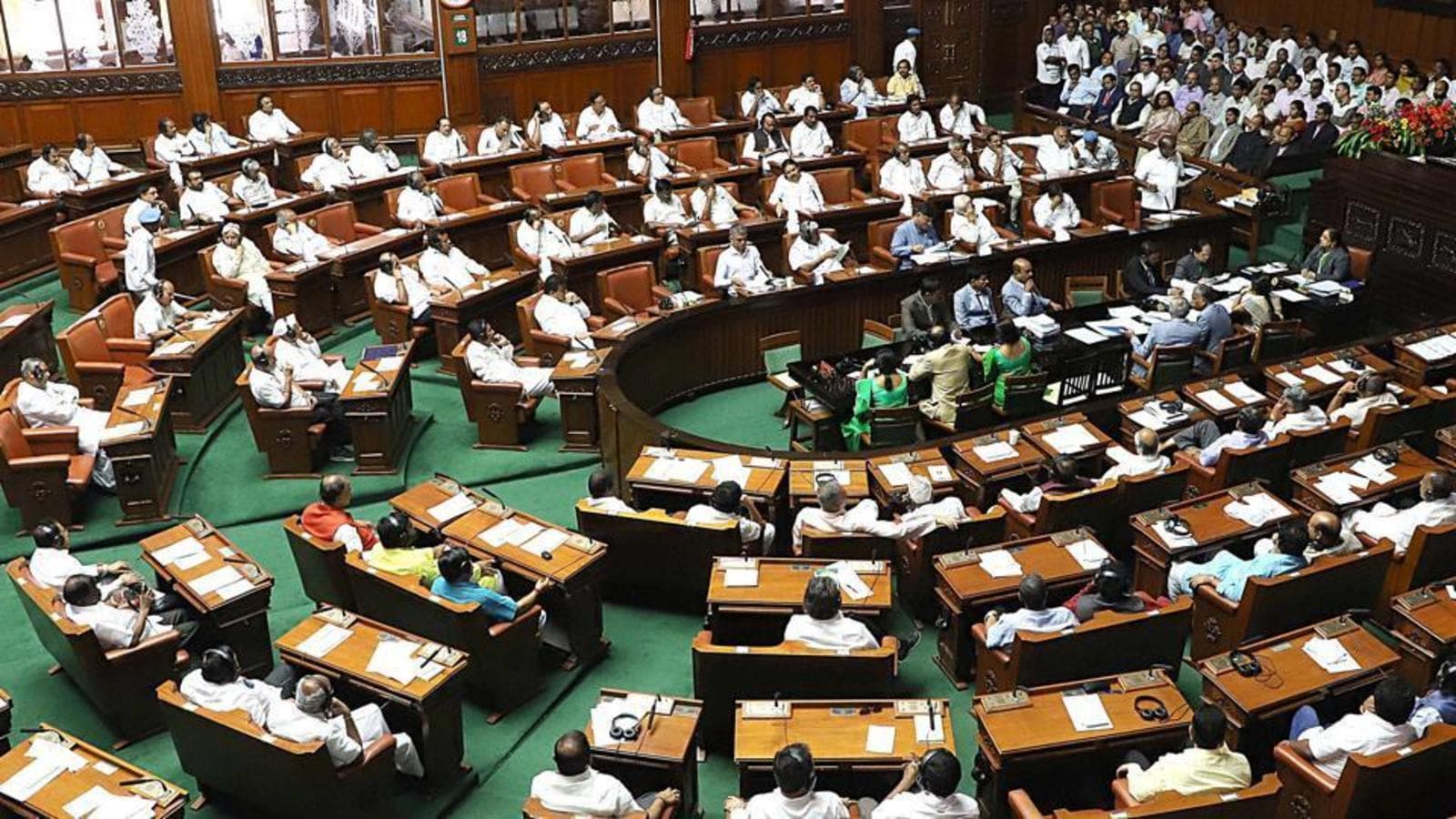 The Congress on Friday continued its protests in the ongoing winter session of the Karnataka legislature in Belagavi, demanding removal of a cabinet minister accused in a land grab case.

Leader of the opposition and former chief minister Siddaramaiah led the charge against the Basavaraj Bommai-led Bharatiya Janata Party (BJP) government, which was further cornered over more charges of corruption by senior leaders and ministers of the party.

Minister for urban development Byrathi Basavaraj is alleged to have usurped land, which the Congress said was worth over ₹350 crore.

“If @BJP4Karnataka & @BSBommai believes in parliamentary system, honesty & transparent system of governance, they have to get the resignation of Byrathi Basavaraj,” Siddaramaiah said in a post on Twitter.

The demand for Byrathi Basavaraj’s removal comes at a time when the BJP government in the state has found itself in the middle of one crisis after another including allegations of corruption involving senior members of the ruling party as well as officials.

The chrges include the Bitcoin scandal, in which senior BJP leaders and government officials are alleged to have laundered ill-gotten money through cryptocurrencies.

“I urge @BJP4Karnataka govt to allow the discussion in the assembly session about alleged land scam by Byrathi Basavaraj, and also to ask him to resign till the case is decided in the court,” Siddaramaiah said.

A Bengaluru court has allowed the filing of criminal cases against Byrathi Basavarj, BJP MLC R Shankar and three others after a case relating to land grab, which the opposition claimed was valued at over ₹350 crore.

“The court has clearly stated that the minister and the MLC are accused in the case and asked that criminal cases be filed,” A Narayanaswamy, Congress MLC, said on Wednesday in the upper house of the legislature, HT reported.

At least 14 legislators were suspended by the chairperson for protesting over not being allowed to discuss the charges of corruption.

The Congress legislators said the chief metropolitan magistrate court in Bengaluru on November 25 ordered for filing of criminal cases against the minister and the MLC in the land grab case.

“There is no possibility that this issue can be discussed here since they (Congress) have said that there is an FIR and the matter is in the courts. Matters that are being heard in court cannot be discussed here,” JC Madhuswamy, Karnataka’s minister for law and parliamentary affairs, said on the floor of the assembly, denying the opposition a chance to discuss the issue.

The BJP also hit back at the Congress for shielding its ministers when in power, accusing the opposition party of showing double standards in demanding the resignation of a cabinet minister

The Congress said that the issue has been discussed in the house earlier as well.

The alleged land grab happened in 2003.

“A court has taken cognizance and an FIR has been registered. But just because of cognizance and registration of an FIR, the person does not become a criminal. There have been times when FIR and chargesheets have been filed and ministers have remained in their positions,” CM Bommai said.

The BJP said the Congress does not have the morality to seek the BJP minister’s resignation.

Ahead of Cyclone Jawad, Odisha preps for evacuation, shuts schools

Pro-Kannada groups call off bandh after meeting with CM Bommai