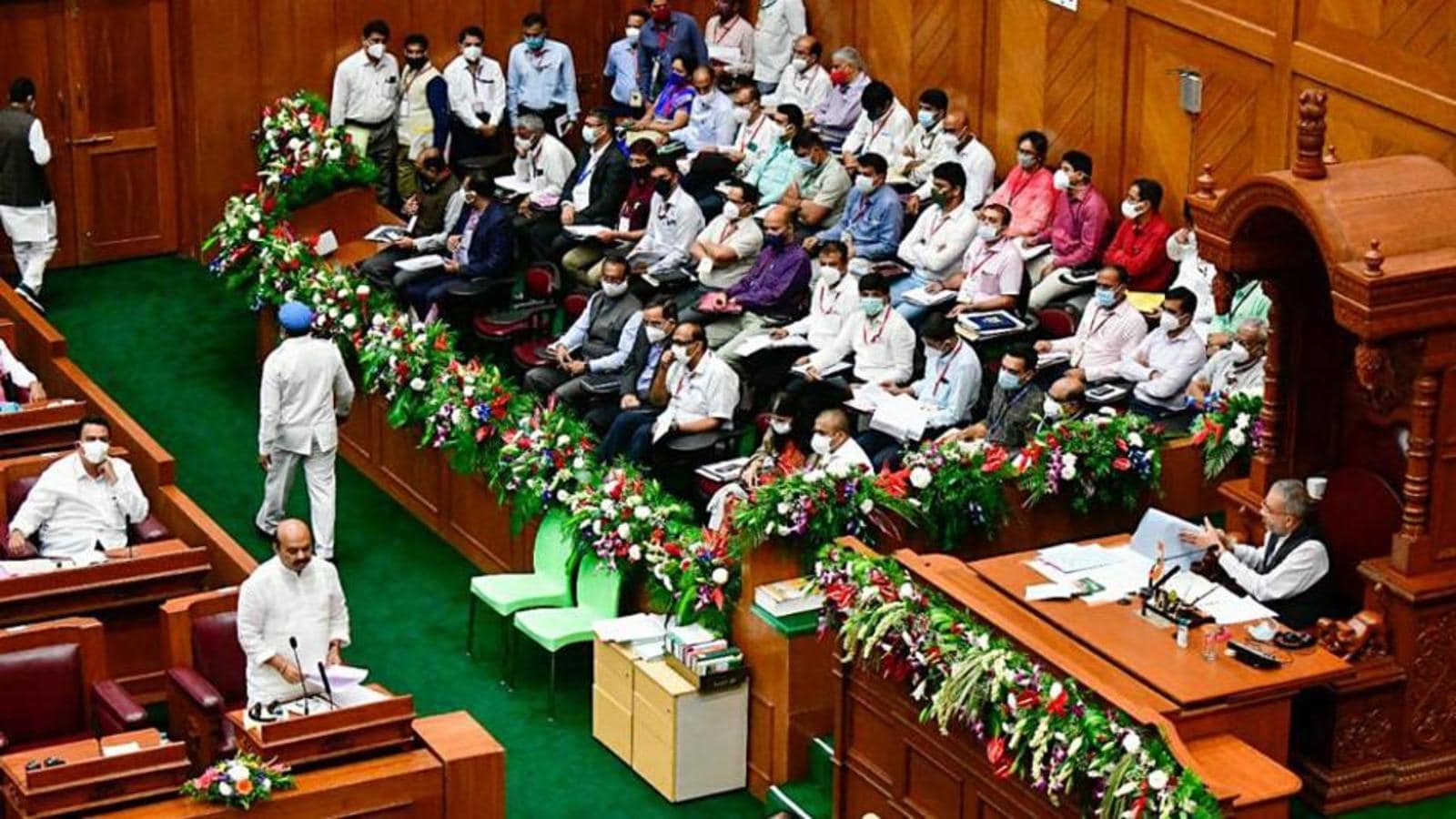 The proposed bill by the Bharatiya Janata Party (BJP) to stop forcible conversions takes shape with chief minister Basavaraj Bommai holding a high-level meeting with his cabinet on Wednesday to help table the bill in the ongoing winter session of the Karnataka legislature.

Araga Jnanendra, Karnataka’s minister for home affairs, told Hindustan Times that the proposed bill will be drafted after carefully studying similar legislations in other states to bring in a comprehensive law to stop religious conversions.

“Under the Constitution there is a clause that restricts forcible conversions. But there was no penal clause if there were conversions done by force or inducements,” Jnanendra told Hindustan Times on Wednesday.

The Bommai government is burning the midnight oil to introduce the bill that augurs well with demands by right-wing groups who consider religious conversions, purportedly by force or inducement, as a threat to its culture and way of life.

Since the proposal to introduce the bill in September, civil rights and Christian groups have alleged that there have been targeted attacks on the community.

In 11 months, Karnataka reported 39 incidents of hate crimes against the Christian community in Karnataka in 2021, said a report by the People’s Union for Civil Liberties (PUCL) on Tuesday, HT reported.

The report listed several right-wing organisations, alleging their role in the attack and it went on to say that two MLAs of the ruling BJP, too, were involved in the attacks. “In two instances of hate crimes in Karwar (October 4) and Mandya (January 25), Bharatiya Janata Party MLA Sunil Kumar and 3-time BJP MLA Narayana Gowda (currently Minister of State for Youth Empowerment and Sports, Planning, Program monitoring, and Statistics) were also named as people who supported the police in targeting Christians,” the report said.

The Karnataka government argues that a bill is required to equip the police to stop such conversions but is still unclear on the vigilantism it is likely to fuel.

“Once an application to convert is submitted, it will be probed by DC (deputy commissioner) to see if it was done by force or by any promises and only then be given approval. Then the same is informed to all departments and they will lose their religious status and all benefits that come with it,” the home minister said.

The bill is an extension of the efforts by the BJP and its ideological parent, Rashtriya Swayamsevak Sangh (RSS), to bring in laws in line with the party’s core thinking, experts say.

The BJP government in Karnataka has already implemented the anti-cattle slaughter law and is in the process to bring in amendments to the special marriages act which the Sangh Parivar refers to as ‘love jihad’.

The anti-conversion bill also has longer jail terms and more penal provisions to restrict the activity.

The proposed bill to stop forcible religious conversions is likely to have clauses of extended jail terms possibly ranging between 3-10 years, the minister said.

It will also include stringent checks to ensure there was no use of force or rewards to convert the individual as well as effectively ruling out any possibility of double benefit in reservation categories.

The Christian community and other rights activists have called it a tactic by Bommai to deflect attention away from the corruption charges the government currently faces including the Bitcoin scandal in which senior BJP leaders are alleged to have laundered ill-gotten money through cryptocurrencies.

Haryana: Most patients succumbing to Covid-19 had no comorbidities