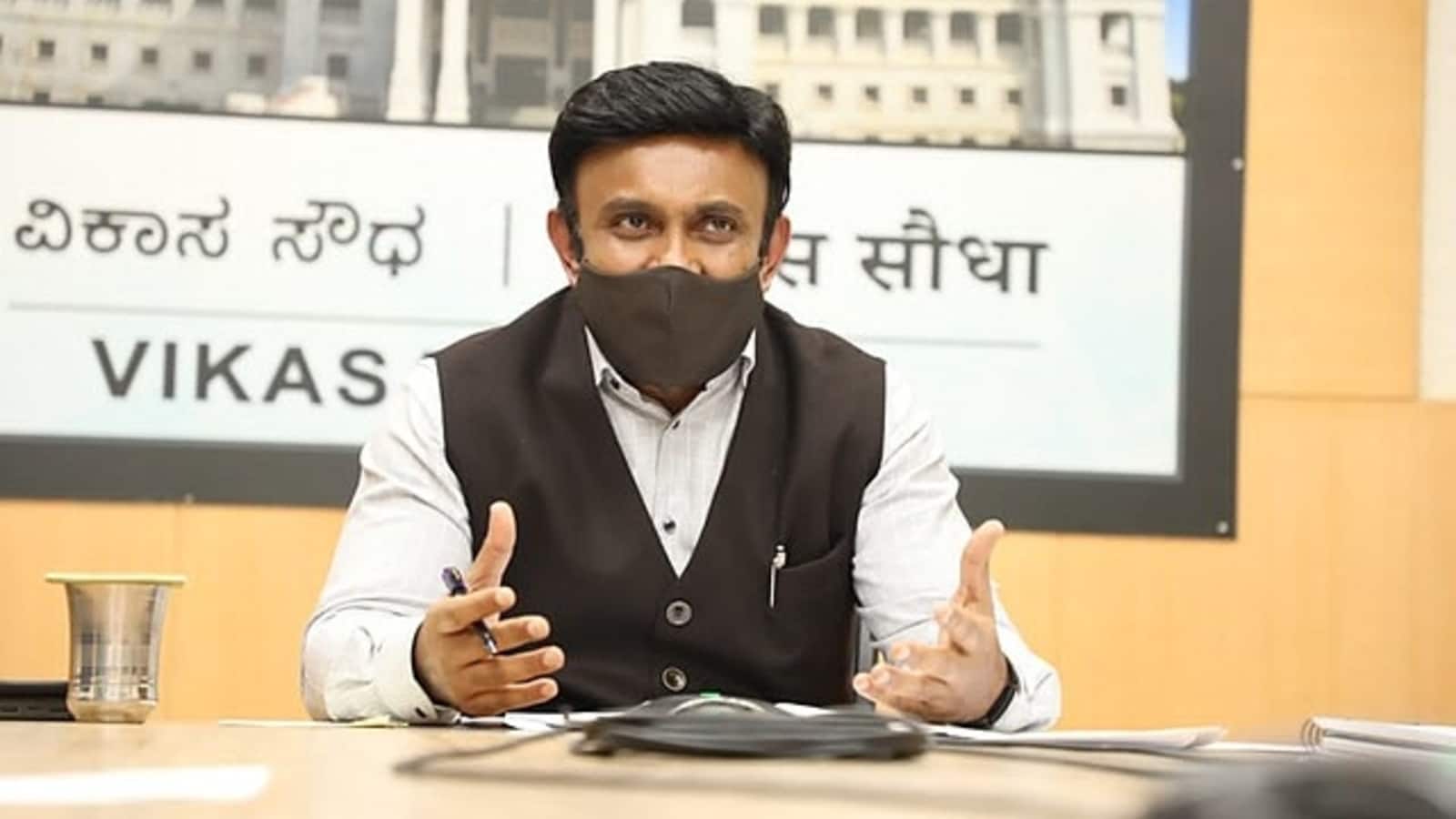 People feel nausea and vomiting and sometimes the pulse rate goes up, but loss of taste and smell is not there. There is less hospitalisation because its intensity is not severe, Karnakata health minister Dr K Sudhakar said

Karnataka health minister Dr K Sudhakar, who is a medical professional, said on Monday he has spoken to his classmate doctors who are working in South Africa who told him that Omicron, the new Covid variant, is not as dangerous as Delta. The intensity is not severe and there is less hospitalisation, Dr Sudhakar said on Monday.

Talking about the symptoms resulting from Omicron, the minister said people feel nausea and vomiting but there is no loss of taste and smell, as he had been told by doctors. “The satisfying thing I came across after talking to my classmates in South Africa is that this (Omicron variant) spreads rapidly, but it is not as dangerous as Delta. People feel nausea and vomiting and sometimes the pulse rate goes up, but theloss of taste and smell is not there. There is less hospitalisation because its intensity is not severe,” Sudhakar was quoted as saying by PTI.

Karnataka has been put on high alert after two passengers who came to the state from South Africa tested positive. Though earlier it was said that they were affected by the Delta variant of the infection, the health minister on Monday said one of them is affected by something else, which is different from Delta. Without divulging further details, the minister said that the government has already informed the Centre regarding this variant which is not matching with Delta for further clarification. The state government will convene a meeting on Tuesday which will be attended by the members of the technical advisory committee on Covid-19, the minister said.

South African doctor Angelique Coetzee who alerted the government about this new variant said her patients had unfamiliar symptoms like extreme tiredness, scratchy throat and all of them recovered without hospitalisation.

Only one family has benefited since Telangana formed, says Rahul in...

In Japan, Shinzo Abe suspect’s grudge against Unification Church is a...

Pramod Sawant sworn in as Goa CM; 8 ministers, all from...