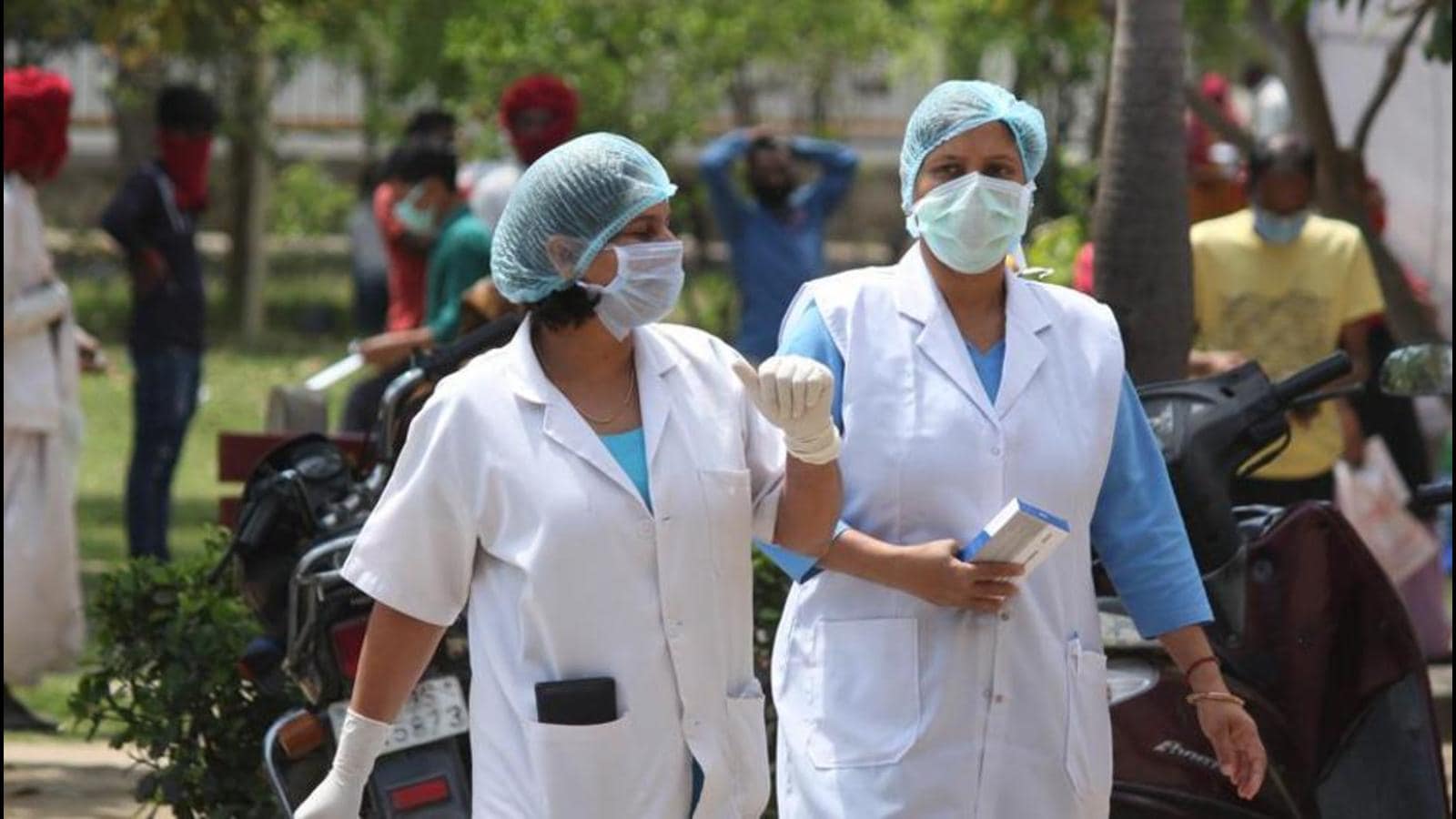 A statement from the department of health and family welfare said that so far eight people have tested positive for the new variant in the state. “Of the eight cases, four pertain to international arrivals from at risk countries, three have travelled from Delhi and the remaining one case is related to possible contact with a foreigner/international traveller,” read the statement.

“Except for one case, where the international traveller went back to South Africa, the remaining confirmed cases were in institutional isolation (at the hospital) and were treated as per the Government of India protocol. The current health status of these Omicron affected patients is good and no one has serious symptoms,” it added.

According to the health department, patient number four is a 19-year-old woman who had travelled from the United Kingdom on December 13. She arrived in Bengaluru with a Covid-19 negative test report but tested positive at the airport. “(She was) shifted in an ambulance from the airport to Bowring Hospital on the same day. On the patient’s request (she was) shifted to a private hospital in a designated ward on December 14. The patient is asymptomatic and her vitals are stable and no primary contacts, as she travelled directly from the airport to the hospital,” read the statement.

Patient number five had travelled from Nigeria to Bengaluru on December 13. The 52-year-old was screened and tested at the airport and tested positive. The statement said that despite testing positive, he was given permission to take a connecting flight to Belagavi two hours later. On arrival, he went into home isolation and was later shifted to the district hospital.

Health department officials didn’t answer calls for a comment on why the patient was allowed to travel even after testing positive. The department statement said that two primary contacts have been tested, even though he travelled on a flight.

Patient number six had arrived from New Delhi after attending a wedding in the capital city. “The 70-year-old woman was subjected to a RT-PCR on December 5 as she was a primary contact of an Omicron confirmed case in New Delhi. She has mild symptoms,” read the statement.

Patient seven too had come from Delhi after attending the wedding. The 36-year-old man is asymptomatic. Both patients six and seven had travelled together. Two out of their three primary contacts have tested positive for Covid-19.

Patient number eight, a 33-year-old man arrived in Bengaluru from South Africa after a layover at New Delhi. He was tested positive at the airport on December 9 and was asked to home isolate. He was hospitalised on December 10 after he showed mild symptoms and later was tested positive for Omicron. All his contacts have tested negative.

Six killed in blast at chemical factory in Andhra Pradesh

J&K: One killed, 14 injured in explosion in Udhampur

Karisma Kapoor and Madhuri Dixit bump into each other, fans call...

When Satyajit Ray accepted his Oscar award from a hospital bed...

SII has stockpile of 200 mn doses; India better prepared to...

Holi 2022: Make chemical-free colours at home with these DIY tips