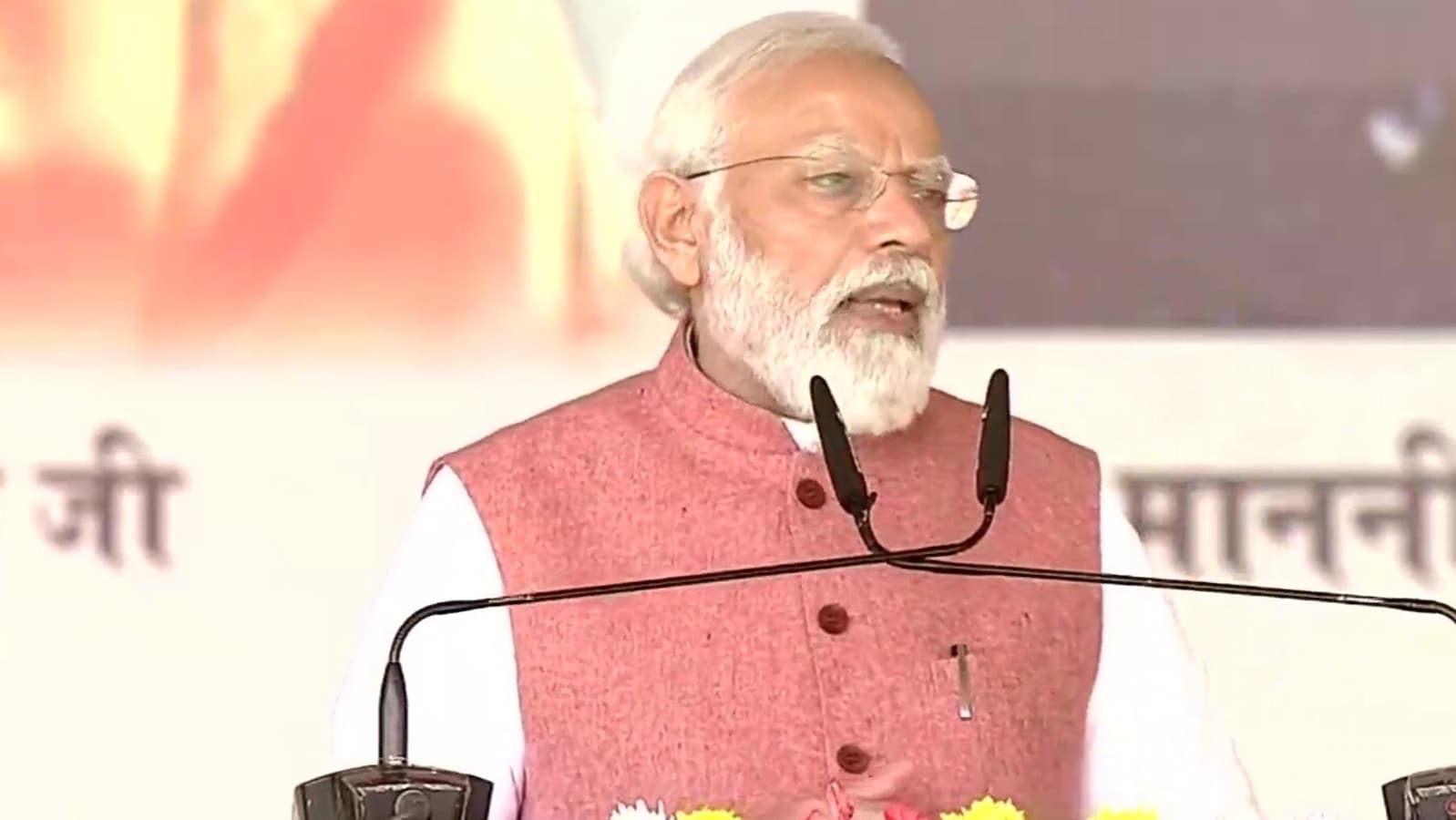 The PM said that while he lives in Delhi, he tries to ensure that the development of the temple town, also his parliamentary constituency, happens at a fast rate.

Addressing a gathering at the 98th anniversary celebrations of Sadguru Sadafaldeo Vihangam Yog Sansthan in Umraha, Modi said, “The radiance of Kashi is intact and only increasing by the day with the development work being done here. Yesterday, Kashi dedicated the grand Vishwanath Dham to Mahadev.”

The PM said that while he lives in Delhi, he tries to ensure that the development of the temple town, also his parliamentary constituency, happens at a fast rate.

“India is a beautiful country. Here, the tallest leader of the freedom movement is known globally as the Mahatma. Whenever there are testing times, some or the other saint has made an appearance.”

However, he said the contribution of saints towards the freedom of the country has not been documented adequately.

He further spoke about how Sadguru Sadafaldeo gave a mantra during freedom movement – of Swadeshi. “Now, the nation has started the ‘Aatmanirbhar Bharat Mission’. Local trade and products are being strengthened and local is being made global,” he added.

Modi is on a two-day visit to Varanasi where he inaugurated first phase of the newly constructed Kashi Vishwanath Dham at a cost of around ₹339 crore on Monday.

‘How many caps will he wear?’: Telangana CM slams PM, BJP...

Man arrested for rape of 11-year-old girl in school remanded to...

In Gujarat budget: Rs 500 crore for cow protection; proposals for...

Painful stories emerge from Mariupol, while combat rages to the east

A Gorakhpur hostel learns a hard lesson about politics: passing the...

Jagan to call on Modi, Shah for aid