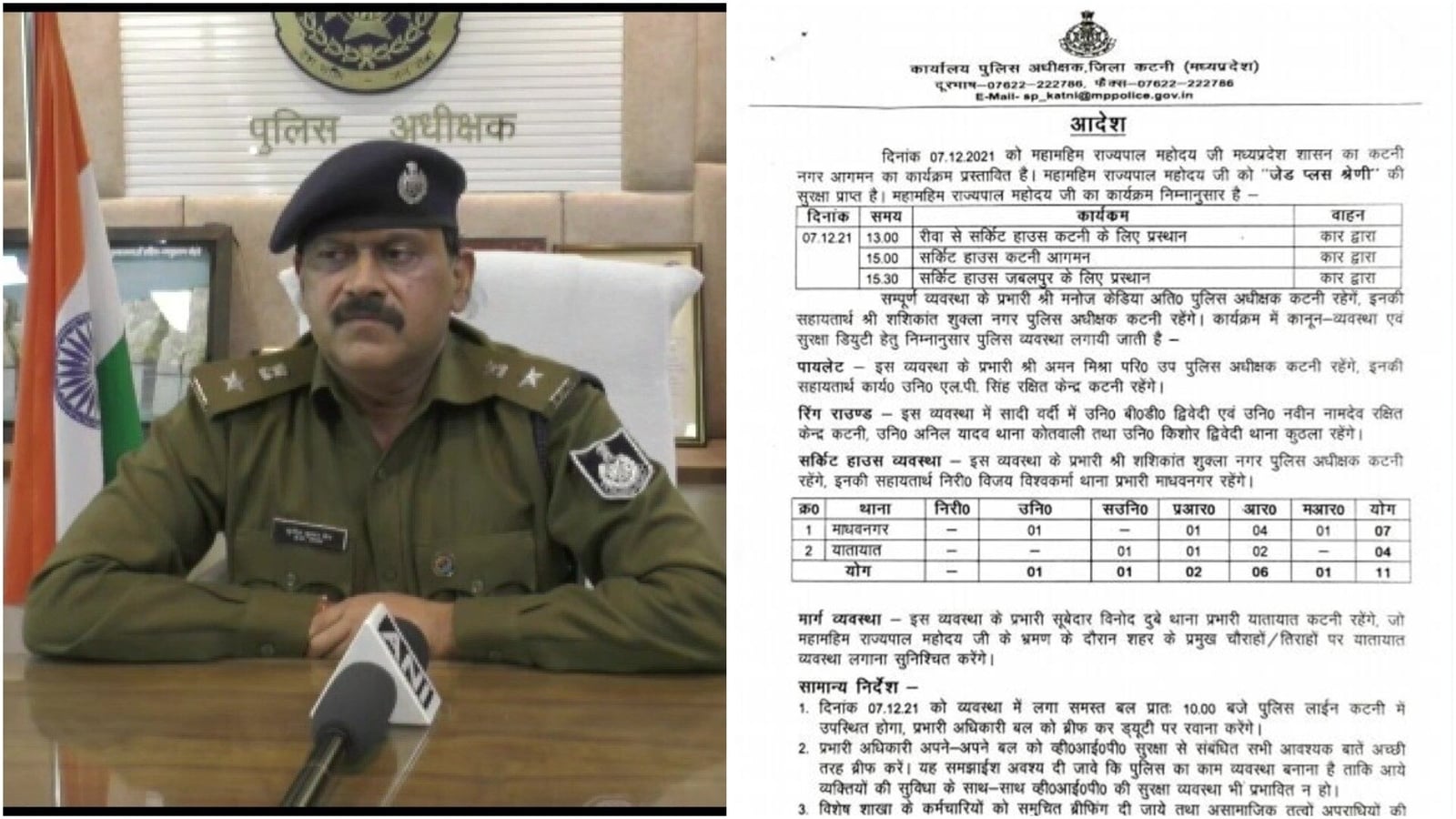 The superintendent of police of the Katni district of Madhya Pradesh has expressed regret over a security circular signed by him asking to keep a strict vigil on “Sikh” and “Muslim” terrorists in the wake of the governor’s visit. The circular was issued on Monday for a scheduled visit of Madhya Pradesh governor Mangubhai Patel the next day.

As per the circular, the governor was expected to arrive at the circuit house in Katni at around 3pm on Tuesday and depart for Jabalpur at 3.30pm the same day.

The Katni SP issued a number of directions for security arrangements ahead of the governor’s visit as he has been given Z Plus security. It directed comprehensive briefing to the staff at special branch and to recommend sharing the information on the movement of anti-social and criminal elements on urgent basis.

Suni Jain, superintendent of police, Katni, said it was a “clerical error” and that police had no intentions to hurt the sentiments of any community.

“It is a clerical error. I have issued a show-cause notice to the clerk concerned,” news agency ANI quoted Jain as saying.

“Strict disciplinary action will be taken against the clerk. I express regret over this error. We had no intentions to hurt the sentiments of any community,” the Katni SP added, as quoted by ANI.

Maharashtra may see a rise in Covid hospitalisation by January end:...