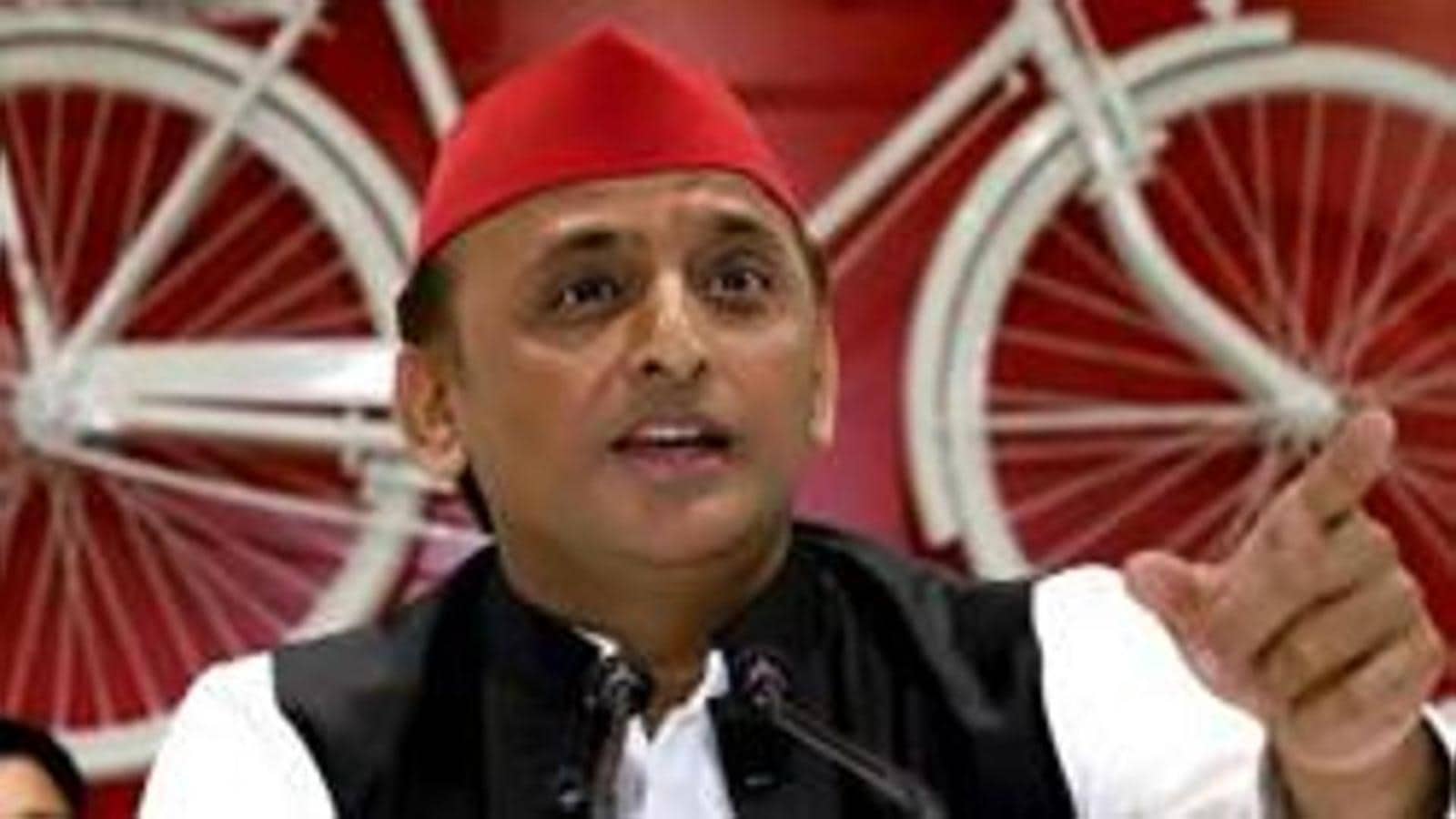 It was December 14. Just the day before, Prime Minister Narendra Modi had led the inaugural ceremony of the significant Kashi Vishwanath corridor in Varanasi, full of powerful political symbolism. With the pivotal Uttar Pradesh elections now just a month away, the BJP’s seemingly primary challenger in Akhilesh Yadav must have known he had to respond. Respond he did.

Addressing a rally in Jaunpur, less than seventy kilometres away from Varanasi, Akhilesh Yadav made a huge political promise to the people of Uttar Pradesh, and promised a caste census within three months of coming to power. As applause thundered around him, Yadav said, “The OBCs form a major chunk of the people, but do not get the benefits of quota as per their population.”

In Uttar Pradesh’s political lexicon, these words are not new, or insignificant. It was Kanshi Ram, founder of the BSP, who in the mid-1980s had raised the slogan “jiski jitni sankhya bhari, uski utni hissedari” to consolidate the 85 per cent ‘Bahujan Samaj’ that, according to him, comprised scheduled castes, OBCs and Muslims. The slogan was re-coined in 2007 by his protégé Mayawati in her bid to woo Brahmins. Her slogan was “jiski jitni bhagidari, uski utni hissedari”.

Cut to December 2021, and with months to go for the state elections, keen to broaden their support among the OBCs which has so far largely been confined to Yadavs and Kurmis in the Awadh region, the Samajwadi Party is set to incorporate the caste census in the party’s manifesto. This is despite the fact that two of SP’s allies, the SBSP led by Om Prakash Rajbhar in the east and Rashtriya Lok Dal led by Jayant Chaudhury in the west, are at cross purposes on the issue.

Such is the sensitivity of the issue though, that most parties in the fray are trying to calibrate their responses with utmost care. The Congress and the Bahujan Samaj Party may not have come out against the issue, but are silent on the caste census last done in 1931. Instead, both have looked to give other subjects more primacy. The Congress campaign has made women the centre of their agenda, while Mayawati is sticking to wooing upper caste support in the 80 odd reserved constituencies in the state.

Ironically, many political experts describe the caste census as a Mandal 2.0 of sort and perhaps an antidote to the BJP’s Hindutva pitch. But the opposition, bar the SP has yet to fully take the plunge.

On its part, having penetrated the OBC’s in previous elections, the BJP has been trying to consolidate its support under the Hindutva banner, and has thus far not relented to the demand for the caste census.

The rising demand for the caste census

The demand for a caste census has been growing from regional parties, particularly from neighbouring Bihar. On August 23, an 11 member delegation led by the BJP’s own ally, Bihar chief minister Nitish Kumar met Prime Minister Narendra Modi with the demand. The Centre has thus far turned the demand down and informed both the Lok Sabha in July 2021 and the Supreme Court in September 2021 that it would not enumerate caste-wise population, except those for the SCs and STs, quoting several administrative reasons. Politically speaking, it is against their very goal of consolidating Hindus under the Hindutva banner.

Prof Shashikant Pandey, head of the political science department at Babasaheb Ambedkar University said that there was no need for the BJP to open a pandora’s box when they already had support among the OBC’s. “What if the OBC population is tabulated at more than 52 per cent or if the percentage of various sub-castes in the OBC’s turns topsy turvy and the numerical strength of the already marginalised is found lower? There will mean instances of pressure and counter-pressure.”

Ironically, it was a BJP state government in UP under chief minister Rajnath Singh that had set up a seven-member social justice committee headed by the late minister Hukum Singh and co-chaired by health and family affairs minister Ramapati Shastri in 2001. Singh was a member of the Gujjar caste, one of the more backward and marginalised castes among the OBCs while Shastri was a Dhobi by caste, again marginalized even among the Dalits.

In brief, in its report, the committee revealed some glaring discrepancies in the use of quotas for OBCs and SCs suggesting that while Jatavs and Pasis took a major chunk of the reservation benefits under the quota for the SCs, Yadavs, Kurmis and Mauryas were the main beneficiaries of the OBC quota. The committee, in September 2001, also recommended a system of quotas within the quota to ensure that benefits reach the extremely backward castes and Dalits. Politically, Rajnath Singh was attacking the bases of Mulayam Singh Yadav and Mayawati as their castes extracted the major benefits of quota.

The entire exercise however ran into a dead end. Mayawati, while heading a coalition government with the BJP in 2002, shot down the quota within quota policy, also later stayed by the Supreme Court.

As of now, after the death of BJP stalwart Kalyan Singh, Akhilesh Yadav may be the only significant, politically active, backward leader at the state level. Deputy chief minister Keshav Prasad Maurya is active too, but largely finds himself sidelined with Yogi Adityanath looming in the forefront. Yadav also has the political space to grow unlike in neighbouring Bihar where chief minister Nitish Kumar and JD(U) veteran Lalu Prasad Yadav represent two big and warring backward castes — Yadavs and Kurmis.

The BJP has yet to find a Lodh leader of the stature of Kalyan Singh. After the removal of Santosh Gangawar (BJP) from the Union cabinet and the death of former Union minister Beni Prasad Verma ( SP), there is a vacuum in the Kurmi leadership too. Union minister Anupriya Patel, a Kurmi, represents one region in East UP. Thus, Akhilesh Yadav can gain from the caste census as it does not seem to be alienating the Brahmins who are thronging his rallies. It also broadens his base among OBCs, besides shedding the pro-Yadav image.

Uttar Pradesh is home to as many as 79 OBC communities and 66 Scheduled Castes (SCs) and sub-castes. However, only a handful of them like the Yadavs, Kurmis, Lodhs, Rajbhars, Mauryas and Kushwahas among the OBCs and Jatavs, Pasis, Valmikis and Koris among the SCs have been able to get political visibility with a lion’s share in political power, economic resources and government jobs.

“A caste-wise tabulation of the census is necessary to achieve the objective of social justice because without knowing the numerical strength of various castes it is not possible for governments to plan and execute welfare policies for them in the right way,” SP spokesman Rajendra Chaudhary had earlier told HT.

The Congress has backed the demand, but hesitantly thus far. Its senior leadership though has a claim to make, that it was with the UPA government at the centre that a caste-based census was done in 2011. UP Congress chief Ajay Kumar Lallu said, “The BJP, as an opposition party, kept demanding caste-based census but when it came to power in 2014, its government did not publish the caste data.”

However, in every election, the primacy of the political messaging by the myriad stakeholders is incredibly important. Thus far, the caste census has not caught on as a central, emotional issue. Apparently, parties are waiting for the 2024 general election, when they suspect the demand will rise from almost every state. The question though is, will they be able to show that there is a backward class leader that can claim to be bigger than Prime Minister Narendra Modi?

Shah returns to the forefront of UP campaign with Kairana visit

IAF chopper crash: Tri-service inquiry likely to be completed in 2...