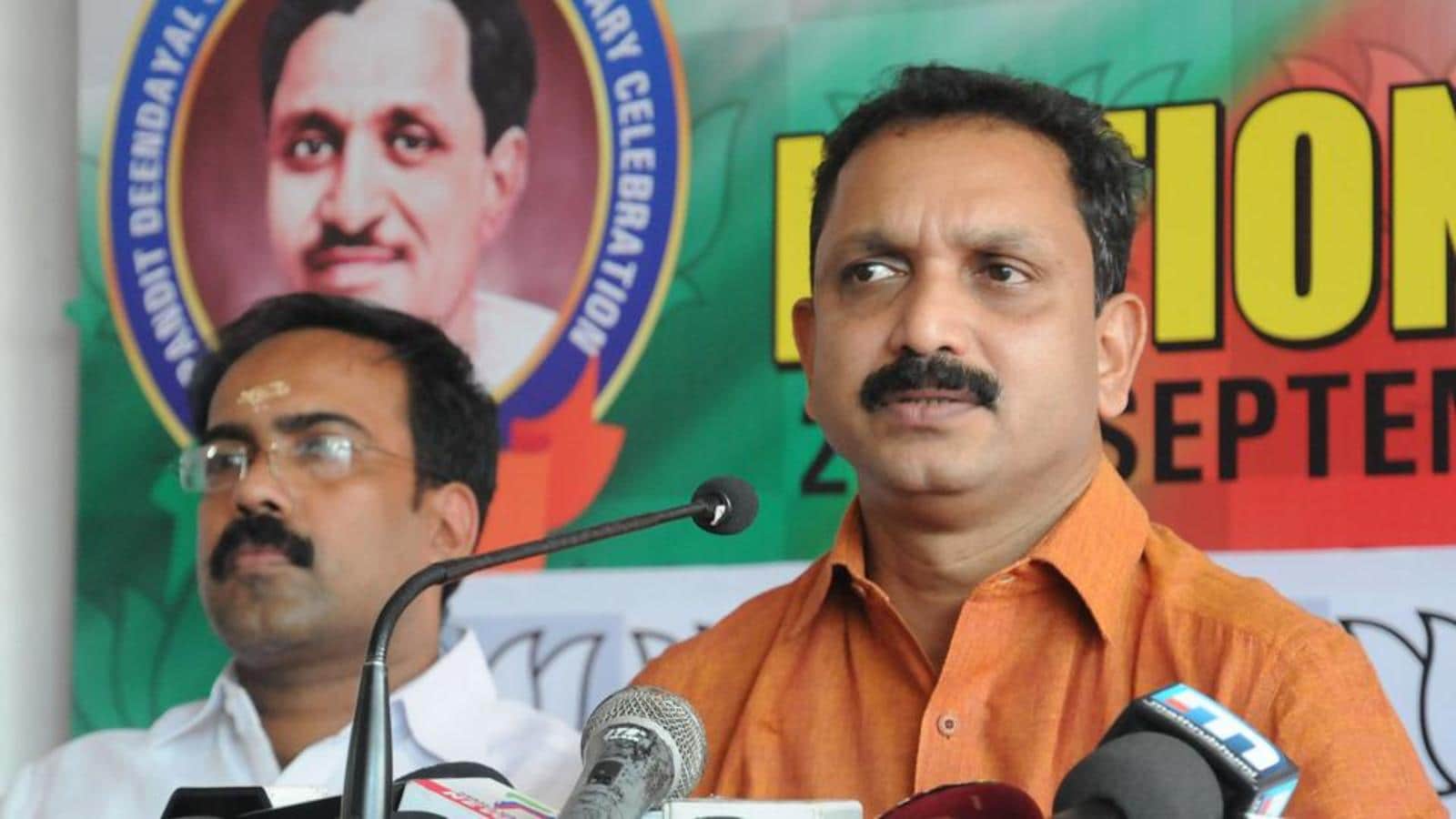 A day after a Rashtriya Swayamsevak Sangh (RSS) worker was hacked to death in Palakkad, the Bharatiya Janata Party on Tuesday demanded a central agency probe in the matter.

Identified as A Sanjith, the 27-year-old was repeatedly stabbed to death allegedly by workers of the Social Democratic Front of India (SDPI), the political wing of the Popular Front of India, in Elapully in Palakkad, the police said.

A party delegation, led by state president K Surendran, called on Kerala governor Arif Mohammad Khan and sought his intervention for a free and fair probe. Talking to reporters, Surendran said the ruling Communist Party of India (Marxist) government was soft towards fundamentalist forces, and he did not expect a fair probe from the state police.

“We want the National Investigation Agency (NIA) to probe the cold-blooded murder. He is the second person to get killed by the SDPI in a month. Another party worker was similarly stabbed to death in Thrissur on Oct 31,” he said the SDPI was attacking leaders of the nationalist forces to create communal unrest.

Surendran said that the BJP party workers will be forced to defend themselves if the police failed to take action against disruptive forces. He added that deceased Sanjith faced repeated threats from the SDPI and had approached police several times, but they failed to act.

“The BJP is making wild allegations. We also lost some of our workers in SDPI/Popular Front attacks. SFI leader Abhimanyu was hacked to death in Maharaja’s College in Erankulam in 2018,” said CPI(M) youth wing DYFI leader S K Sajeesh.

The incident took place on Monday morning when Sanjith was travelling with his wife on a two-wheeler. The assailants, who were in a car, first rammed the motorcycle, and when both fell on the road, they got out and repeatedly stabbed him in front of his wife. He died on the way to the hospital. His wife suffered minor injuries in the fall.

The police recovered blood-stained daggers and swords from a roadside locality, at least three km away from the spot where Sanjith was hacked to death. Though police suspect that weapons were used for the murder they said a clear picture would emerge only after forensic examination. Police are yet to arrest in the case.

“Our investigation is progressing. We are woking on some leads,” said Palakkad superintendent of police (SP) R Viswanadh.

Watch: Close call for youths as attempt to click selfie with...

‘They (BJP) should…’: Farooq Abdullah loses cool when asked about Kashmiri...

B’luru to get integrated command and control centre