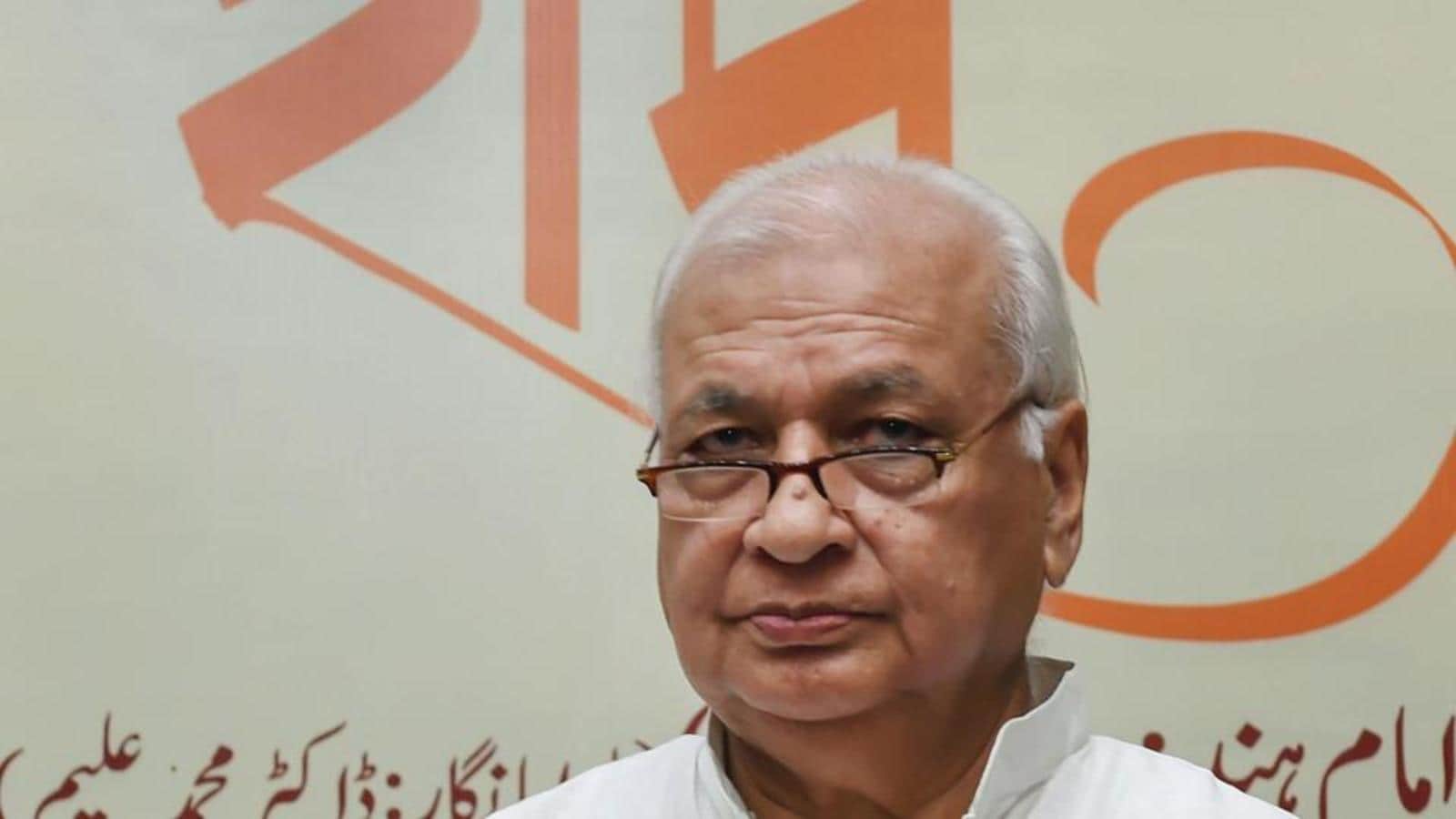 Kerala Governor Arif Mohammed Khan on Saturday continued his attack against the Communist Party of India (Marxist)-led government over its handling of affairs of universities in the state, saying political interference in higher educational institutions has become “unbearable” for him.

Talking to HT from New Delhi days after he wrote a strongly worded letter to chief minister Pinarayi Vijayan, Khan said he was really “pained” over the dipping standard of higher educational centres and blamed the “brazen political interference” as main reason for this.

“I always supported the government and never thought of a confrontationist line. But how long can you be a spectator like this. I told them several times to bring eminent people as the vice chancellors and follow UGC (University Grants Commission) norms, but for the government, political consideration was only criteria,” Khan said, adding that he signed some of the letters, including the Kannur V-C’s appointment, with “pain and anguish”.

In a strongly worded letter, dated December 8, the Governor informed Vijayan that he was ready to sign immediately if the latter brings an ordinance to amend the Acts empowering the chief minister to become the Chancellor of universities.

Noting that the government of the day should not interfere in the functioning of the varsities, hurting their autonomy, Khan said as the chancellor of the universities he had tried his best to save the autonomy of the higher educational institutions.

“In my two-year stint in Kerala, my office got maximum complaints about higher education sector. How can such institutions excel if you make political appointments one after the other brazenly flouting all procedures and norms? When I want to talk to the CM, I am told he is busy with the party conference in Kannur,” he said.

Khan added that without autonomy and transparency, higher education cannot excel. “I have no plan to come back as the chancellor if I won’t get total guarantee that varsities will get full autonomy and free from political appointments,” he said.

He said two days back, he told Kerala finance minister KN Balagopal and chief secretary VP Joy that he cannot be a party to “such nefarious political interventions”.

“Politics is OK but you can’t mix it everywhere. I know many brilliant students are leaving Kerala in large numbers due to dipping standard. I can’t be a party to it anymore,” the Governor said.

According to party insiders, the chief minister is likely to call on the governor after he returns from the national Capital onMonday.

According to political observers, what really irked the governor was the re-appointment of the vice-chancellor of Kannur University, Prof Gopinath Raveendran, and alleged attempts by the state government to appoint another Left-leaning teacher in Kalady Sanskirt University.

Raveendran was re-appointed on November 20 for a period of four years after the government issued a notification and appointed a selection committee to select the new V-C. The governor has claimed that he was flooded with too many complaints about recurring political appointments in academic council and faculty. Raveendran’s re-appointment was on November 22challenged in the Kerala high court.

Meanwhile, Opposition Congress attacked the Vijayan government over the issue, alleging that the Left Democratic Front (LDF) government was converting the universities into “party cells”.

VD Satheesan, senior Congress leader and leader of Opposition in the Kerala legislative assembly, termed the issues raised by the governor to the CM as “very serious”, adding it was the latest example of the “politicisation of education in the universities” in the state.

“Backdoor appointments take place in universities. Universities are being turned into party cells. It is better to have the party secretary as chancellor than the chief minister. The governor has confirmed what the opposition had mentioned earlier,” Satheesan said in a statement.

The opposition parties in the state stepped up pressure for the resignation of higher education minister R Bindu. “She has no right to continue in power,” said senior Congress leader Ramesh Chennithala, adding that he will move the Lokayukta against the minister.

BJP state president K Surendran also alleged that relatives of ruling politicians were being appointed in key posts in the universities in the state under the LDF rule. Surendran demanded legal action against those, including vice-chancellors, for appointing relatives of ministers and politicians into universities.

Rafale kicks off demo to show it can pair with Indian...

In 2021, a countrywide vaccination drive of immense value

Why is Omicron more transmissible and have milder symptoms than Delta?...

Opposition to hit the streets over MPs’ suspension