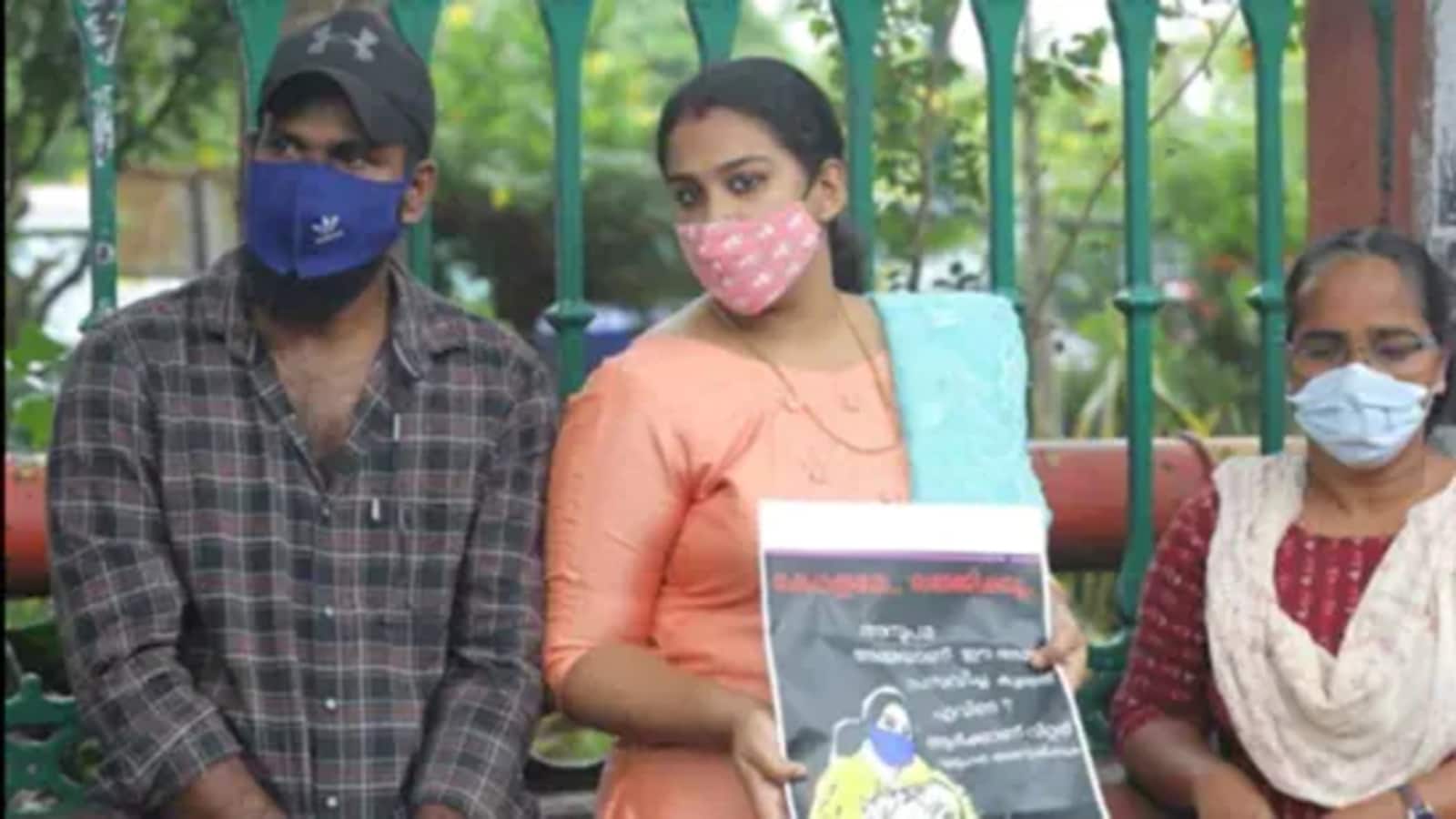 Two weeks after filing a police complaint against her parents, former leader of the Students Federation of India (SFI) Anupama S Chandran (23) and her husband K Ajith on Monday decided to move the High Court with a habeas corpus plea to locate their child, officials said.

“Though we got a legal opinion to move the HC, we waited for proceedings in the family court. Now we will move the HC with a habeas corpus petition to trace the child,” said Ajith.

Meanwhile, a family court ordered a DNA test to resolve the complaint over the controversial adoption of the newborn and to ascertain if Chandran is the mother of the baby.

“The court favours a DNA test to identify if the baby given up for adoption belongs to Anupama S Chandran. There is a need to examine whether the baby was abandoned or not,” the court observed on Monday while taking up Anupama’s plea to get back her child. The baby was reportedly given for adoption in August, last week, the court stayed the final adoption procedures.

The court also pulled up the Kerala child welfare committee and directed it to file an action taken report by November 20.

A police case in this regard was registered on October 20 after Chandran filed a complaint alleging that her parents forcibly took away her baby soon after its birth last year and gave it for adoption, bypassing her request to live with the newborn. Later, police registered a case against six people, including her parents. A local court will announce its verdict in the anticipatory bail petitions filed by the accused on Tuesday.

In the complaint filed two weeks ago, Chandran alleged that her father, S Jayachandran, a senior leader of the CPI(M) trade union wing CITU, took away her newborn child and handed it over to the Kerala State Council for Child Welfare-run orphanage in the state capital in October last year. The child was reportedly given to a family from Andhra Pradesh in a hurry, flouting adoption rules, she claimed in her complaint.

Her father, Jayachandran, said since the baby was born out of wedlock they decided to shift to the government-run children’s home in the state capital with the consent of his daughter. He said she signed on stamp paper but Anupama later said she signed under duress. She said her parents opposed her relations with her husband Ajith since he belonged to a Dalit family.

‘Woman should not be made to choose between child and career’:...