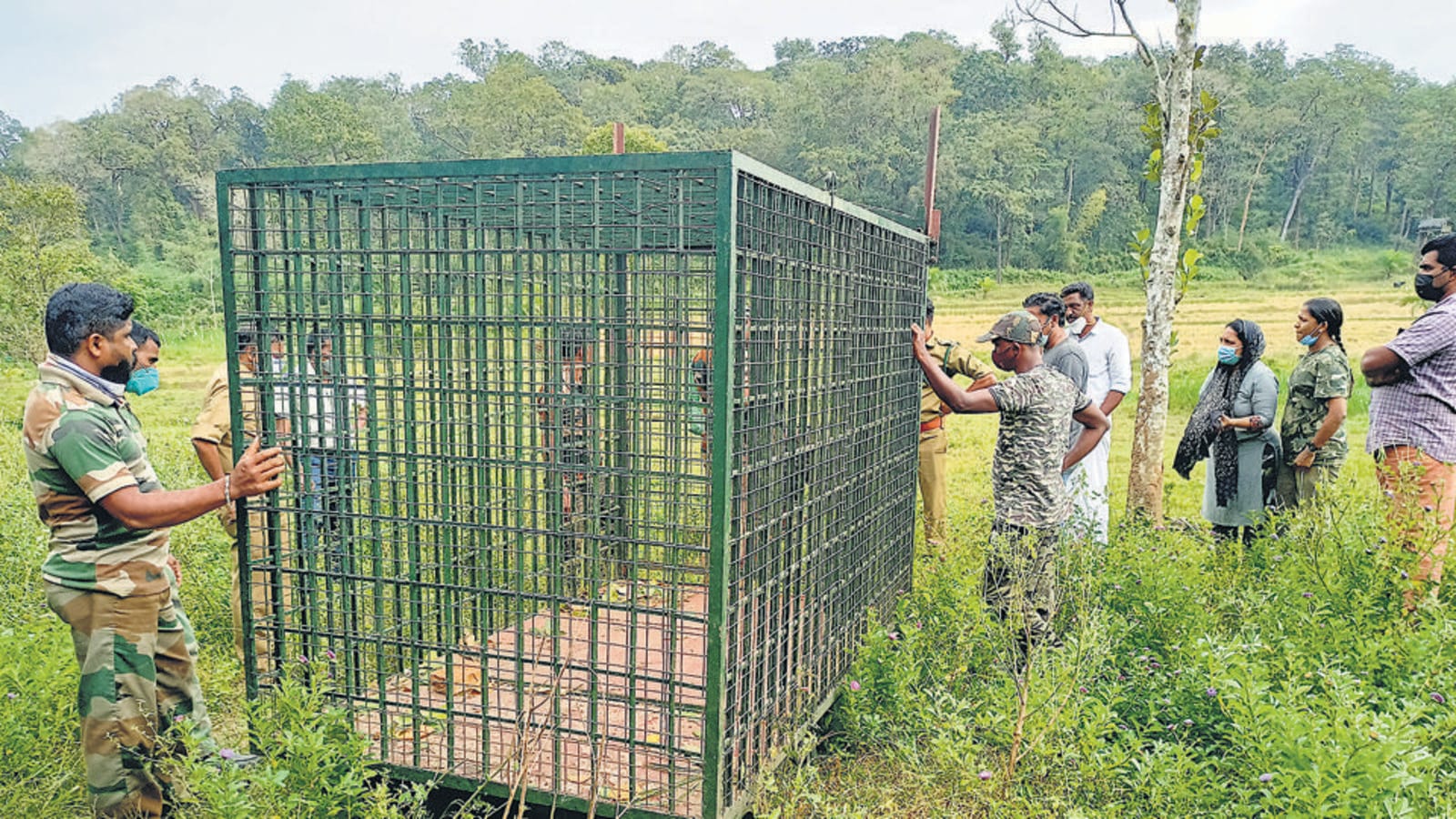 Efforts to trap a tiger that encroached Kurukkanmoola and nearby villages in the Wayanad district of Kerala failed yet again, resulting in two more killings on Wednesday night.

On Thursday, harried forest officials had a tough time dealing with angry local people who blocked them, and assurances were needed to cool their tempers. State forest minister A K Saseendran, who called a special meeting in the state capital on Thursday, said the government would do everything possible to alleviate the fear and agony of the villagers.

“We have pressed into service innovative methods including drones and night vision cameras to track the tiger. We understand the plight of local people, and we will do everything to end their misery,” the minister said after the meeting.

Two divisional forest officers, 200-odd forest personnel, three tranquillising teams, a trained elephant squad and selected local volunteers have been trying to locate the elusive tiger, which has made 17 killings in the last 20 days.

On Wednesday night, it killed a calf belonging to a retired teacher M John, and its carcass was found 30 m away from his home. At least one kms away from his house, the tiger killed a goat belonging to a farmer. “We heard the cries of the calf, but we were strictly told not to open doors during night hours,” said John, adding that the marauding tiger restricted their lives inside their homes.

In Kurukkanmoola, the worst affected village with 12animals killed, farmers said they have not gone to their farms for more than two weeks and school-going children remain at home. Though district administration has promised protection to children, villagers are not ready to take any chance. “Once it won’t get animals, it may turn to human beings,” said a resident P Vipin. Section 144 is in force for more than two weeks in the area, where night travel is also banned.

Visuals captured show it is a big male tiger and has a deep gush on its neck. Officials suspect that it might have been severely injured over a fight for territory or mate and turned to domestic animals as it could not hunt down its prey.

Forest officials could not match the image of the tiger in the database collected from Wayanad in the last two years. A photo and pug mark details have been sent to the National Tiger Conservation Authority (NTCA) to ascertain its territory and identity, said north zone conservator of forests D K Vinod Kumar.

“We have sent camera trap pics and other details to NTCA to find out its details. Our records show it is not a resident of Wayanad forests,” he added.

Wildlife experts have said it is normal for injured tigers to travel many kms in forests and camp near human habitats for easy prey. Wayanad wildlife sanctuary is spread over 344 sq kms, and is home to 80 tigers, according to the last wildlife census. “Trapping or tranquillising a big cat is a strenuous exercise. We can’t set a deadline for it,” said wildlife expert Dr P S Esa adding best teams are at work.

Calls for reform within Congress after poll debacle

Community transmission of Omicron in Delhi: What this new study claims

NEET-PG exam to now be conducted on May 21

Shami told Mohsin that he is better than him, says coach

Family members claim the deceased in Naryanpur encounter was not a...

India’s stance on invasion of Ukraine is troubling