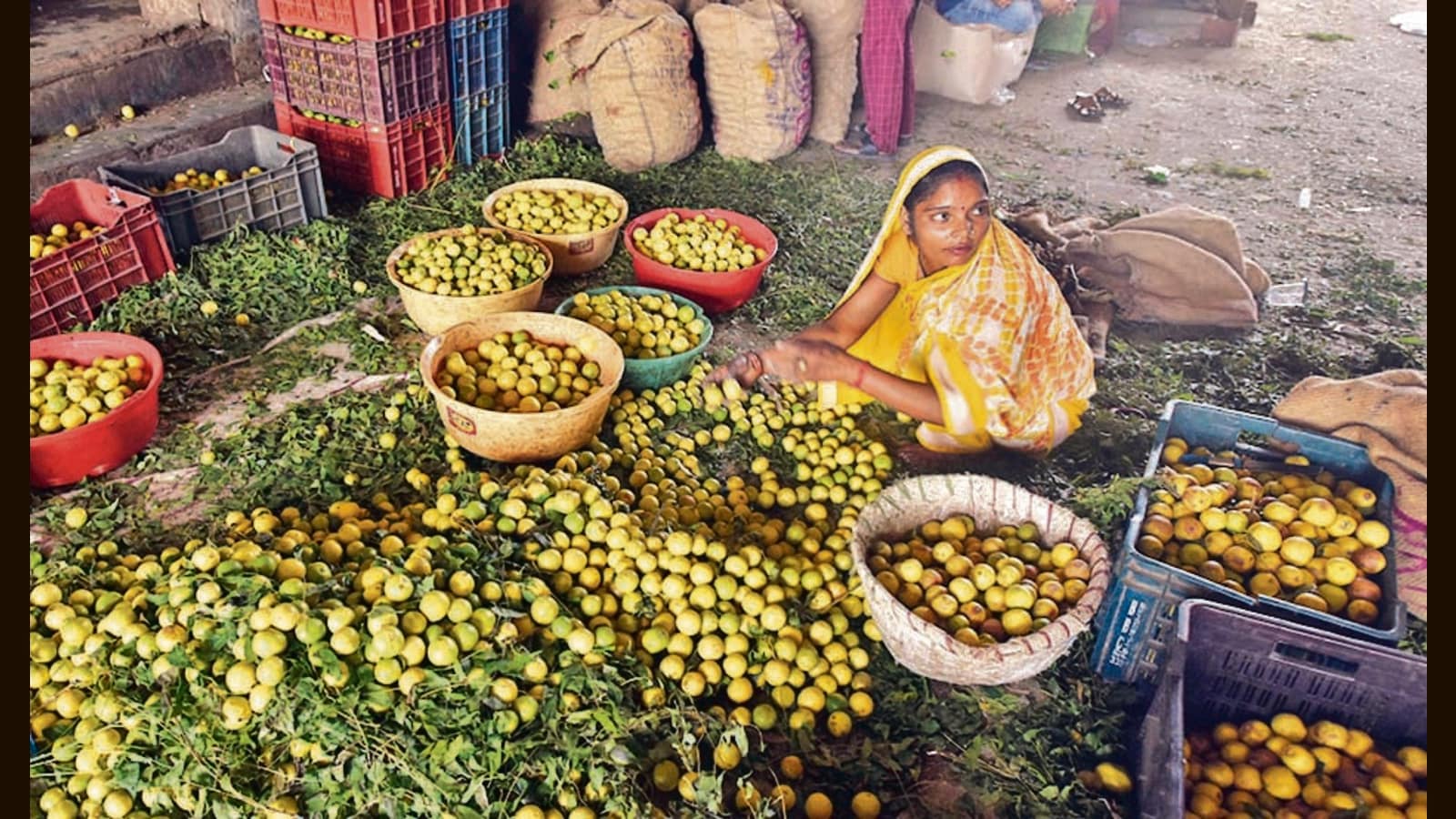 New Delhi: The prices of lemons have risen to levels unseen in the country, reaching up to ₹200 a kilo in Rajkot on Saturday, leaving consumers angry and shocked.

Traders said they were helpless and simply passing on higher wholesale prices. “This is a simple lemon. How can it cost so much?” said Raja Khan, a daily wager in Delhi.

The situation is a nod to economist George Akerlof’s famous insight about selling lemons, which fetched him the Nobel prize. It states that only traders know the true value of what they are selling.

In March, the average wholesale price of the essential summer citrus fruit jumped 80% to ₹5,100 per quintal over February, according to official Agmarknet data. One quintal equals 100kg.

A lemon inflation has taken hold, according to traders, because an unusually early summer and heatwaves have spiked demand. The crop this year was also smaller in some states, they said.

However, official records show only a small dip. India produced 3.51 million tonne of lemons during 2021-22, against the previous year’s 5.54 million tonne, according to the first of the quarterly estimates of output released last week.

Demand for lemons, its juice or products usually rises during summers. “Retail demand in states such as Maharashtra in March was very high,” said Hari Babu, a wholesale trader in Nashik’s agriculture produce marketing committee.

This year, India recorded its warmest March in 121 years, with the maximum temperature across the country clocking in at 1.86°C above normal, an analysis by the India Meteorological Department has shown.

In Delhi and its satellite townships, the price of lemons are in the range of ₹55-65 per 250 gram. Lemons are priciest in states such as Gujarat, Maharashtra and Karnataka, where they have risen by a wide margin of between 30-80%.

India is the world’s largest lemon grower, producing 17.42% of the world’s share, according to tridge.com, which provides data on commodity markets.

Explained: What was the ‘Lavender Scare’, how is it linked to...

IND vs WI 2nd ODI Live Streaming: When and where to...

Pune cops hunt for man who made hoax bomb call

Making of a new look BJP