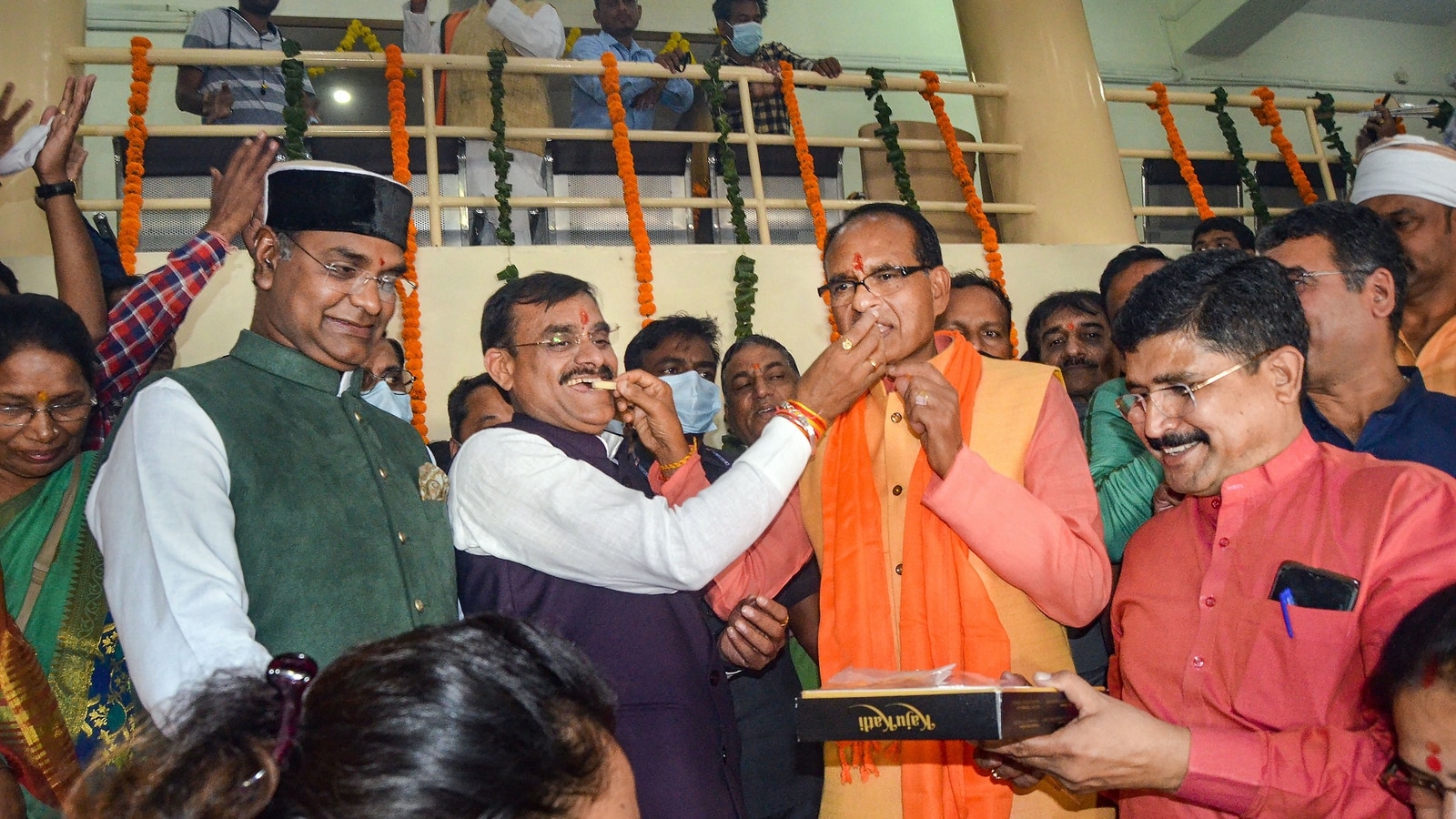 The Bharatiya Janata Party (BJP) on Tuesday emerged victorious in the by-elections to the Jobat (ST) and Prithvipur assembly seats, while the Congress retained the Raigaon constituency.

BJP’s Gyaneshwar Patel is also leading in the Khandwa Lok Sabha constituency against Congress candidate Rajnarayansingh Purni, who is trailing by more than 80,000 votes. The bypoll in Khandwa was necessitated due to the death of sitting BJP MP Nandkumar Singh Chauhan.

All the four seats went to bypolls on October 30. Madhya Pradesh chief minister Shivraj Singh Chouhan heaped praises on the winning candidates and said the results are reflective of the work done by the BJP at the central and state levels.

“Results of the bypolls in Madhya Pradesh are unprecedented for BJP. We are not only winning the Khandwa Lok Sabha seat, but also Jobat Assembly seat where over 90 per cent of the people are STs. The BJP won it only twice in 70 years. The results put a stamp on work done by the Central and state governments,” Chouhan was quoted as saying by news agency ANI.

Chouhan also said Jobat, a seat reserved for the Scheduled Tribe communities, is very important for the BJP. A report in HT highlighted that the 3.89 per cent voters in Jobat voted for NOTA (none of the above), making it the third-most popular option among voters after the BJP and Congress.

No response from Centre on Judicial Infrastructure Corp, aid to lawyers...

How Resilient Is India’s Rupee? | The Express Economist