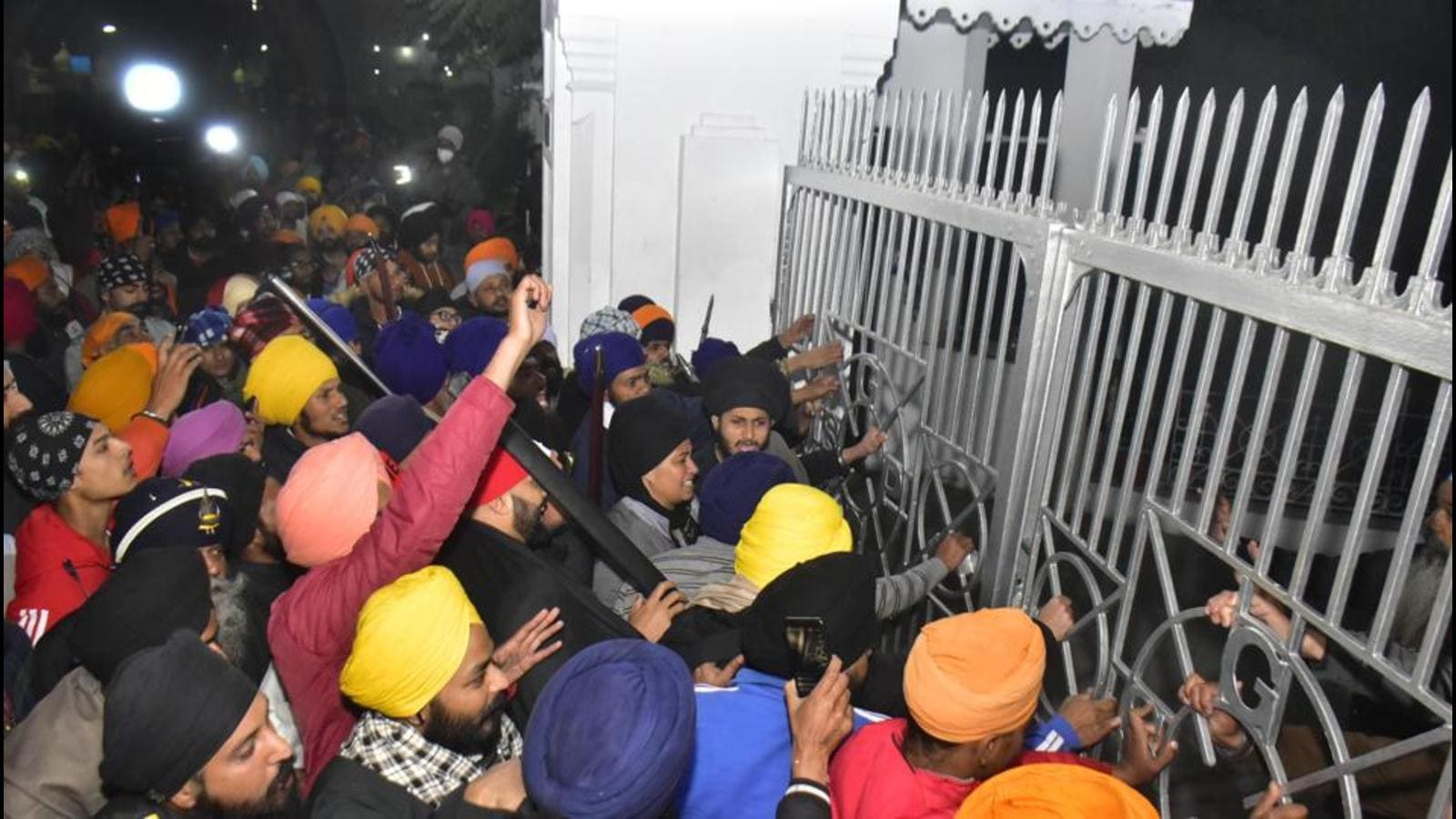 AMRITSAR A man was beaten to death by pilgrims at the Golden Temple in Amritsar on Saturday evening after he allegedly stepped inside the central enclosure of the sanctum sanctorum where the holy book Guru Granth Sahib is placed, picked up a diamond-encrusted sword and committed sacrilege, police said.

As the man’s act was telecast on live television during the broadcast of evening prayers at the shrine, word spread fast and angry pilgrims grabbed him even as he was being taken away by employees of the SGPC, the committee that manages gurdwara affairs, and beat him to death before police arrived, officials said.

The incident came months ahead of assembly elections in the state, in the campaign for which the issue of sacrilege of Sikh scriptures is already centre stage. Justice over police firing at peaceful demonstrators protesting sacrilege in Bargari village during which two people were killed in 2015 remains a key issue raised by all parties in Punjab.

As the Golden Temple granthi (priest) Giani Baljit Singh was reciting evening hymns on Saturday, a young man dressed in a brown suit rushed towards the scripture, jumped over the railing around it, trampled on a rumala (the decorative cloth on which the holy book is installed), and picked up a sword before he was overpowered by staff, police said.

“Before he could go any further, the SGPC employees caught him to take him to the SGPC head office in the Teja Singh Samundri Hall. While the employees were taking him to the office, some of the other devotees present in the shrine beat him up so much that he died upon reaching the office,” deputy commissioner of police (law and order) Parminder Singh Bhandal said.

“As per the CCTV footage, the man had come alone and seemed to be around 23 year old. The body has been sent to the civil hospital and a post-mortem examination will be held on Sunday. His identity is still unknown. We have all the CCTV footage and will investigate each and every aspect related to the incident,” Bhandal said.

SGPC officials said the sword that was picked up by the man menacingly was encrusted with diamonds and was donated by 19th century ruler Maharaja Ranjit Singh. They said by appearance the man did not look like a local, but police said the claim needed further investigation.

The officials said this was the second such incident in four days. On December 15, a person threw a Gutka Sahib (a booklet of selected religious hymns) in the Golden Temple sarovar (pond). With the help of CCTV footage, members of a task force of the SGPC caught the person, who was then handed over to police. A case was registered against him for hurting religious sentiments.

“Earlier, sacrilege incidents happened at other places, but now this is being done at the Golden Temple itself,” SGPC chief Harjinder Singh Dhami said.

Speaking of the December 15 incident, he said, “While handing over the accused, we asked police to ascertain who was behind the offence. But, he was sent to judicial remand and police did nothing concrete.”

“I feel as the state elections are coming, there may be a deep-rooted conspiracy behind these incidents. Police often shrug off their responsibility by saying that the accused was mentally disturbed.”

Police tightened security around the shrine complex on Saturday to ensure peace.

Who is Aashna Lidder, the daughter of Brigadier Lidder killed in...