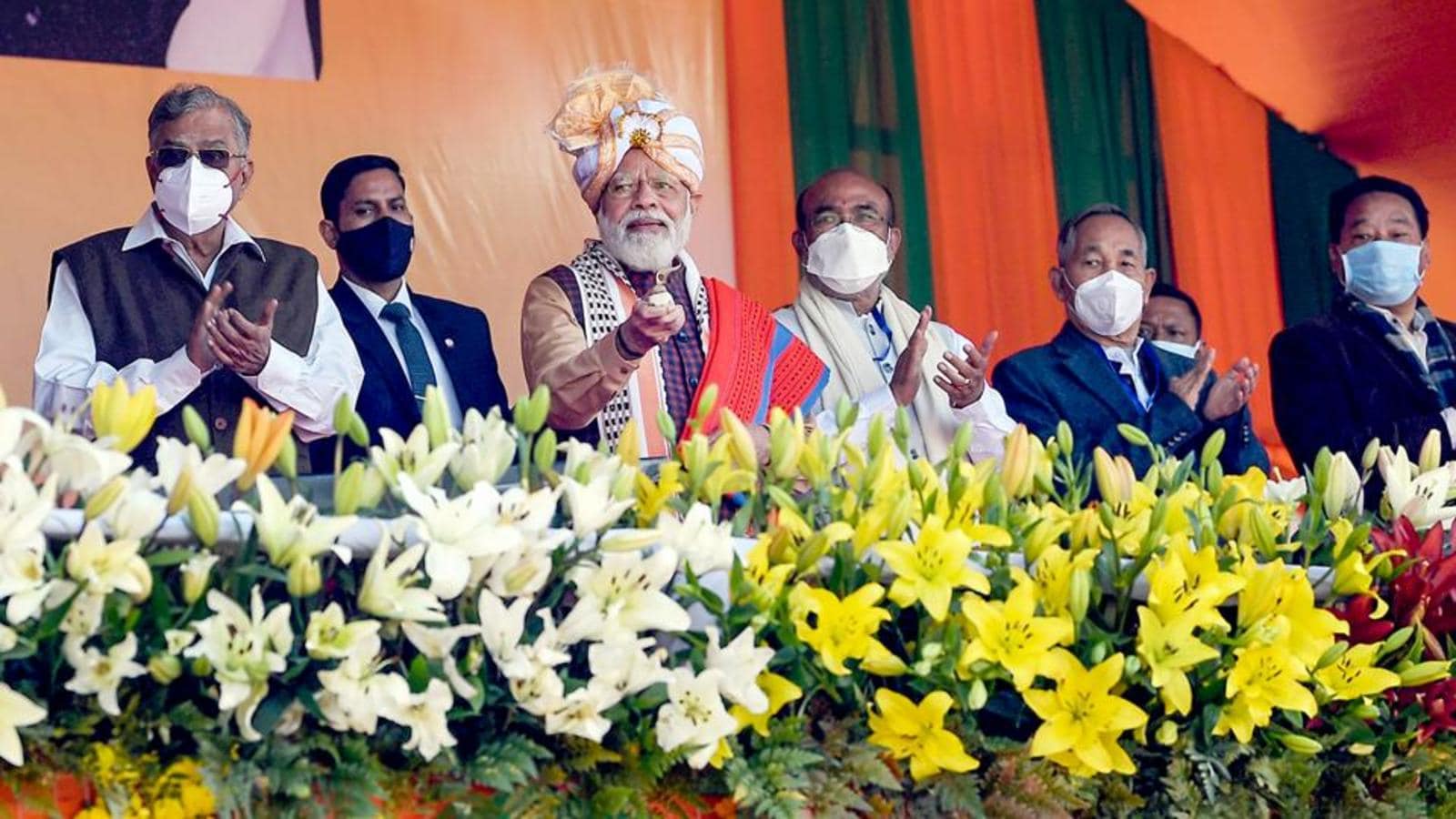 Imphal: Manipur will vote for a new assembly in two phases on February 27 and March 3 under the shadow of political instability, with several legislators having switched sides, resigning, or being disqualified, over the past five years.

The polls come at a time when the state’s tenuous peace has been broken several times in skirmishes between security agencies and insurgent outfits. Seven people including Assam Rifles officer Colonel Viplav Tripathi, his wife, and their five-year-old son were killed in an ambush on November 13. On January 5, one Assam Rifles soldier was killed and another injured in a bomb blast in Thoubal district. Measures will be taken to ensure a peaceful election, chief election commissioner Sushil Chandra said as he announced the poll schedule on Saturday.

In 2017, the Congress emerged as the single largest party by winning 28 seats out in the 60-member assembly. Yet, the BJP, which won 21 seats, was able to form the government with the support of four National People’s Party MLAs, four lawmakers from Naga People’s Front, one MLA each from the Trinamool Congress and Lok Janshakti Party, and one Independent.

The Congress then began rapidly losing ground in the state, with several other MLAs either switching sides to the BJP or resigning from the assembly. A major switch was effected in August last year when five Congress MLAs joined the BJP soon after the state unit chief Govindas Konthoujam went over to the ruling party. The Congress is now down to just 14 legislators, while the BJP’s strength in the assembly has swelled to 26.

The ruling alliance is targeting a massive majority with the BJP along setting a target of 40-plus seats, according to party leaders.

“We’ve seen the seriousness of the government in resolving people’s issues without delay. As a result, the state has been witnessing no bandh and blockades. We’re also indebted to chief minister N Biren Singh for implementing the much-demanded inner line permit system in the state,” she said.

Though the opposition Congress has also launched its poll campaign, there is no clarity yet on how many seats the party will contest (and how many it may leave to local allies), and who will spearhead its election efforts.

Targeting the BJP at a meeting in his home (Nambol) constituency last month, state Congress chief N Loken termed said Manipur government was interesting in nothing other than “advertisements”. “They’re only limited to words and promises,” he said.

The key issues of in the state ahead of the polls are unemployment (9.5%, the second highest after Nagaland in the northeast), political stability, internal security, and the issue of Scheduled Tribe status for Meitei’s, who account for 57% of the state’s population, experts said.

“Unemployment will be a key issue in this election,” political commentator Pradip Phanjoubam said. “It’s been an important problem for many years and the Covid-19 pandemic has made it worse. A lot will depend on how political parties are able to influence voters with promise of more jobs.”

Will not stop Rashford from moving away from Manchester United: Ralf...

India to get record number of new doctors in 10 years:...

‘Eco-adventure tourism’ park to open this week in Southwest Delhi

With a flurry of high-profile coronavirus c-cases, Washington is again on...