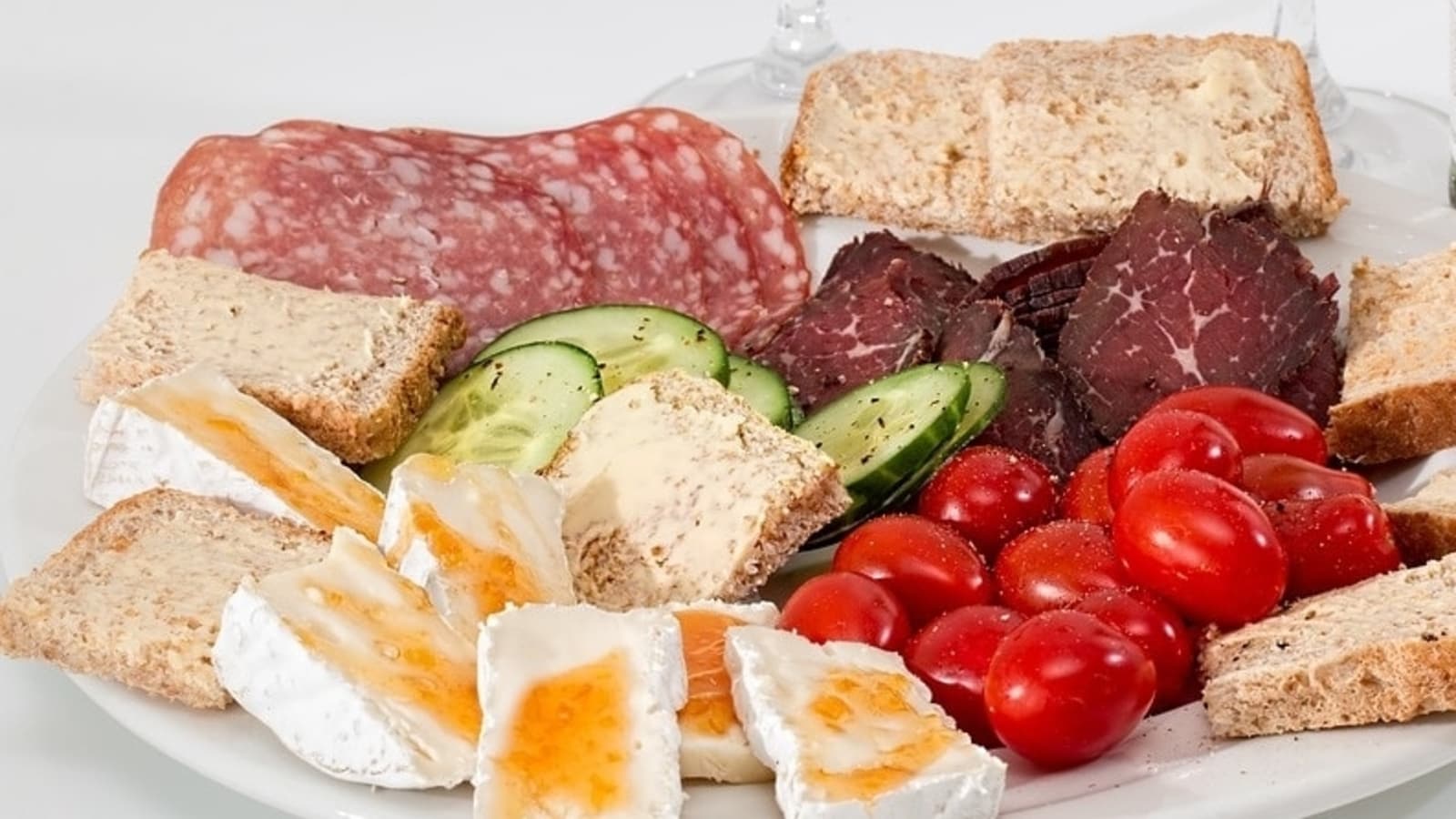 There is increasing realization that meat-based diets lead to harmful emissions. Many scientific studies show the world stands to gain if people either give up or even reduce eating meat. For example, a 2019 article in the Nature journal, citing a report by the United Nation’s Intergovernmental Panel on Climate Change, said that if the world were to shift to a completely plant-based diet, the reduction in greenhouse gas emissions would be equivalent to what could be achieved by replacing all fossil fuel-based power plants with nuclear power plants in 2018. To be sure, such estimates have been questioned and doubts remain whether private choices such as food habits can be changed by government policies, especially in the first world. However, the meat-climate debate is pretty much a red herring for a country like India, which faces a different challenge when it comes to protein consumption. Here are four charts to explain this.

Meat has a minuscule presence in Indian diets

A 2018 HT analysis used data from the 2015-16 National Family and Health Survey (NFHS) to show that less than 2% of Indians consumed chicken or meat as part of their daily diet. This is different from the prevalence of meat in diets in the advanced capitalist countries, or even countries such as China. Data from the United Nation’s Food and Agricultural Organisation shows this clearly. Per capita protein intake from meat in India is a small fraction of what it is in countries such as the US and China. A Carbon Brief interactive shows that South Asia ranks lowest in the world in terms of red meat consumption and could sustainably have a diet made up of almost twice as much red meat, according to EAT-Lancet. South Asians also eat the least amount of poultry out of any of the world’s regions, the brief said. The EAT-Lancet Commission on Food, Planet, Health brought together 37 scientists from across the globe to look at the question of feeding a future population of 10 billion people a healthy diet within planetary boundaries.

One of the major reasons why Indians do not consume a lot of meat is that they cannot afford it. Food consumption accounts for almost 40% of the average household spending in India. As much as 40% of the food budget in Indian households goes towards buying cereals and vegetables. The share of egg, fish and meat is just above 10%.

That meat consumption increases as incomes rise is a well-established fact. This is best seen in China, which has seen a massive spike in per capita intake of meat in its high-growth period (see Chart 1). The India story, however, might not be the same, given the cultural and religious factors that encourage vegetarianism. To be sure, such preferences influencing meat consumption is a vexed issue in India. For example, a 2015 Mint story showed that an estimated 12.5 million Hindus also consumed beef or buffalo meat, dispelling a widely held notion that only Muslims ate this meat.

On the other hand, the 2015-16 NFHS data does offer some evidence to suggest that for a section of the population, meat consumption declines as incomes increase. It suggests some sort of a Sanskritisation effect, and calls for more research. However, what can also be said on the basis of this data is that India’s future meat consumption need not increase at a pace as fast as China as per capita incomes rise.

India’s problem is too little protein, not too much of meat-based protein

While advanced countries debate the merits and feasibility of reducing meat consumption and shifting to plant-based protein diets, India has a more pressing problem at hand. Indians do not get enough protein in their diets. The Indian Council of Medical Research has a prescribed 60 grams of protein per day for men. For women, this number varies from 78 grams per day during pregnancy to 55 grams for non-pregnant women. According to the 2011-12 Consumption Expenditure Survey of the National Sample Survey – these are the latest available numbers – per capita protein intake was lower than 60 grams per day prescribed for more than half of the population. Indians also get a majority of their protein from cereals, rather than lentils or meat.

Even though India does not need to cut down on its emissions due to meat consumption, it can still contribute to the cause if pulses become more affordable. A 2018 article by Priya Rampal published in the Food and Nutrition Bulletin, a peer-reviewed international journal, says that daily pulse consumption in India was lower than the prescribed norm of 40 grams per capita per day for 90% of the rural population. The article also says, “The consumption of protein from animal foods and milk and milk products is positively related to the price of pulses,” which means that “as price of pulses increases, the sample shifts to consumption of protein from animal sources and milk and milk products.” “it becomes important to contain volatility in pulse prices given that it is a major source of plant protein,” the article says, and points to higher consumption of protein in states that distribute lentils in the public distribution system.

These findings, when read with the fact that India imports a large quantity of pulses, and pulse prices show a far greater price volatility than meat and milk products (the other major sources of protein), underline one of the low-hanging fruits in the pursuit of nutrition and climate goals in India. However, it needs to be emphasized that a mindless pursuit or forcing of vegetarianism without supporting pulse consumption will only make India’s protein deficiency crisis worse as well as hurting the incomes of mostly poor farmers and small businessmen (unlike the big businesses running the meat-industrial complex in the West) involved in India’s livestock and poultry economy.

India only country that has never attacked or occupied anyone: Rajnath...

Twitter will now let you switch easily between ‘latest’ and ‘Home’...