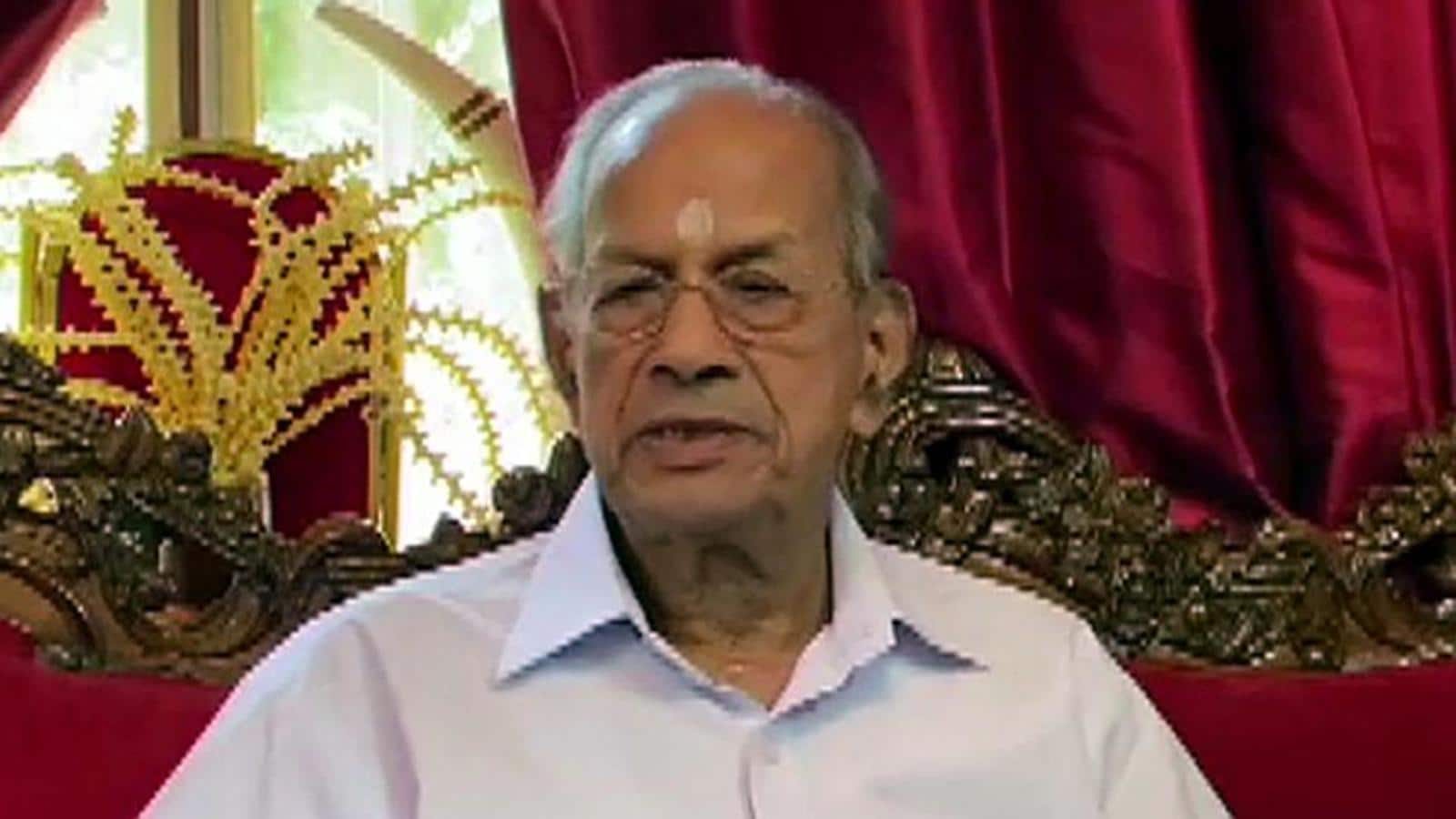 Less than a year after joining the Bharatiya Janata Party (BJP) in Kerala, ‘Metro Man’ E Sreedharan on Thursday announced his retirement from active politics, much to the surprise of the party’s state unit.

Celebrated as a chief architect of the Konkan Railway as well as of the Delhi and Kochi Metros, Sreedharan lost the Palakkad seat to sitting MLA Shafi Parambil by 3,859 votes in the Assembly elections in April this year.

Addressing reporters in Ponnani, his hometown in Malappuram district, Sreedharan said, “Defeat in the assembly election made me wiser. When I lost, it made me sad. But now that I realize it, I would have been an MLA if elected. I could have done nothing much by being an MLA alone. I have never been a politician. I remained a bureaucratic politician for some time,” he said, adding his entry into politics was late, but the exit was as early.

“I am 90 now. I cannot run around like a youngster. I am associated with three different trusts, and I will spend the rest of my time with them,” he said.

When asked whether he was leaving the arena in disgust, Sreedharan said when he joined the BJP in March 2021, there were enough chances for the party, but the situation is different now. “The party will have to do enough to get a foothold in the state. That I mentioned in my report to the party president after the election debacle. I don’t want to discuss those things now,” he said.

The BJP-National Democratic Alliance (NDA), which fought the April 2 Assembly polls, fancying a win in at least 35 seats in Kerala, failed to retain even its lone seat of Nemom. All its major contestants, including Sreedharan and party state chief K Surendran, were defeated.

“My short stint in politics, I am leaving neither disgusted nor contended. You can say late entry and early exit. I will serve people the rest of my life through three bodies I am associated with,” he said.

Five years ago, Sreedharan founded an NGO called Foundation of Restoration for National Values, which took up many issues, including Kerala floods and advertisements.

BJP state unit expressed surprise over his sudden exit. “We heard about this through media only. He will be around, and we will seek his guidance and advice on key issues,” said state president K Surendran.

In the assembly election, the BJP had projected him as the chief ministerial candidate thinking his stature would fetch the party political dividends. Yet, it remained an also-ran in the Left surge, and its vote share also went down from 15 per cent to 13.

The railway civil engineer acquired the sobriquet of the Metro Man after he oversaw the launch of the metro rail project in the national capital. He also played a key role in the Konkan railway and rebuilding of the Pambhan railway bridge in Rameswaram, which was destroyed in a storm in 1964.

Union Cabinet to meet on Nov 24 to approve repeal of...

BSP to finalize candidates in Mayawati’s high-level meeting today for UP...

Rahul Gandhi to address rally in Dehradun as part of 50th...

Turtles released into wild in Sunderban

Fire breaks out at perfume factory in Maharashtra’s Palghar