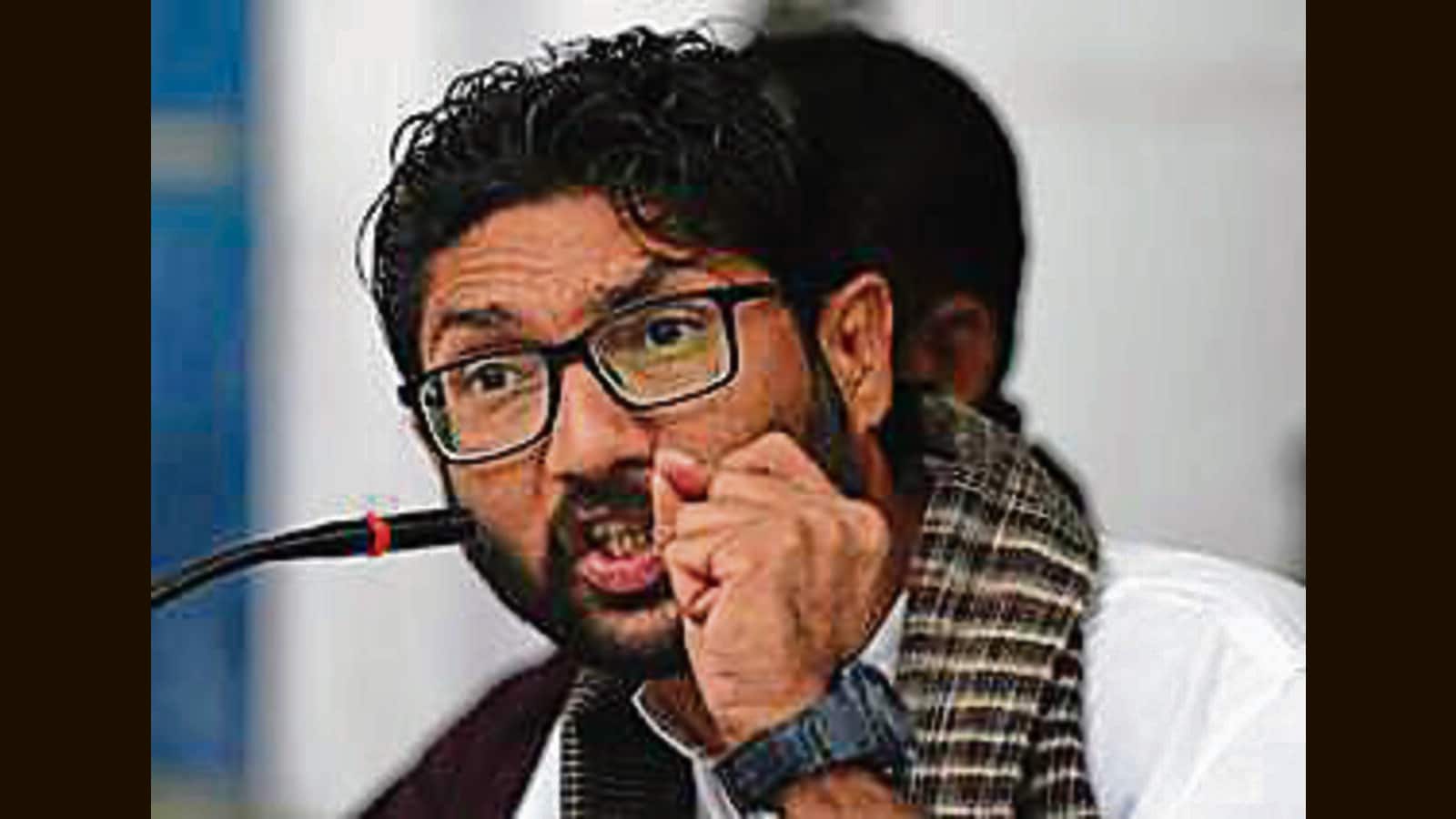 Guwahati: Congress MLA Jignesh Mevani on Monday was re-arrested by Assam Police for allegedly assaulting a policewoman, minutes after he was granted bail by a court in a case over an “offensive” tweet on Prime Minister Narendra Modi, the legislator’s counsel said.

Senior advocate Angshuman Bora said Mevani, legislator from Vadgam in Gujarat, was granted bail by chief judicial magistrate court in Kokrajhar district at around 3.30 pm but was rearrested is less than an hour in a fresh case registered by police in the neighbouring Barpeta district.

“This is a conspiracy by BJP and RSS and they are doing this to tarnish my image and to target me systematically. They have a serious problem with Dalit rights movement. Modi is targeting Jignesh Mevani,” Mevani told journalists in Kokrajhar while being taken away to Barpeta following his rearrest.

“According to police, Mevani allegedly assaulted the policewoman while he was being taken from Guwahati to Kokrajhar by road on Thursday. Surprisingly, there was no previous mention of this and police disclosed this only on Monday. We were not shown a copy of the first information report (FIR) lodged in Barpeta Road and it was not presented in court as well,” Bora said.

“The fresh case was registered at Barpeta Road police station on Sunday under section 294 (singing, reciting, uttering obscene song, ballad or words in or near public place), 323 (voluntarily causing hurt), 353 (assault or criminal force to deter public servant from discharge of duty) and 354 (assault or criminal force on woman with the intention of disrobing or compelling her to be naked) of Indian Penal Code,” he added.

Barpeta police did not respond to HT’s calls and messages for a comment on the matter.

“This is purely vindictive, but we are prepared for this. Mevani will be produced in court on Tuesday and we will move a fresh bail application. But there are reports that some other cases have been lodged against him and he could be rearrested if he secures bail in the Barpeta Road case,” Bora said.

Mevani was arrested by Assam Police in Palanpur town of Gujarat on the night of April 20 and flown to Guwahati on the following morning over an alleged “offensive” tweet on Prime Minister Modi. The Congress leader was arrested on the basis of an FIR registered on a complaint by Bodoland Territorial Region executive member and Bharatiya Janata Party (BJP) functionary Arup Dey on April 18, police said.

The FIR, a copy of which HT has seen, said the circulation of the tweet by the legislator “caused widespread criticism and caused the propensity to disturb public tranquility, prejudicial to maintain the harmony among a certain section of people”.

The FIR was registered under sections 120B (criminal conspiracy), 295A (injuring or defiling a place of worship with intent to insult the religion of any class), 153A (promoting enmity between two communities), 504 (intentional insult to provoke breach of the peace), criminal intimidation (506) of IPC and under Information Technology Act.

The post, however, is no longer available on Mevani’s feed with a message displaying that “this tweet from @jigneshmevani80 has been withheld in India in response to a legal demand”.

After being probed for several hours on Thursday, the MLA was remanded him to three days police custody by the court. He was sent to one-day judicial custody after his three-day police custody ended on Sunday.

The Congress described the state police’s latest action as a “threat to democracy”.

“This kind of action against Mevani is a threat to democracy in the country. He is a strong Dalit voice and the Bharatiya Janata Party wants to silence him ahead of assembly elections in Gujarat later this year,” Assam Congress chief Bhupen Kumar Borah said.

Dismissing the allegations, BJP spokesperson Roopam Goswami said: “If Mevani has assaulted any police personnel on duty, he will have to face the consequences as per law.”

Headed to Poland, Indian students a step closer, to be flown...