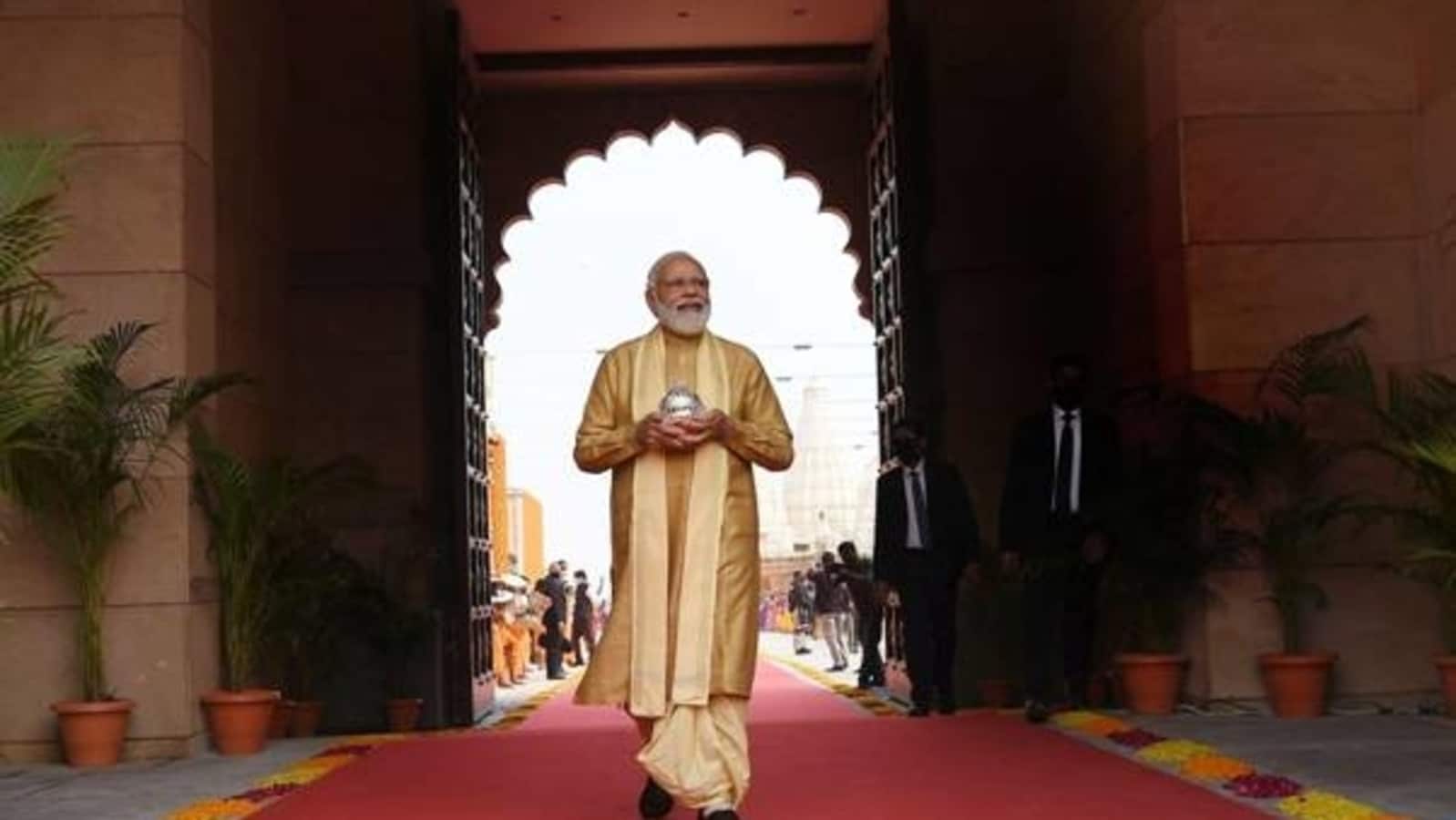 Prime Minister Narendra Modi on Monday urged people to take three resolutions for the country after he inaugurated phase 1 of Kashi Vishwanath Dham, constructed at a cost of around ₹339 crore. Addressing a gathering inside the Kashi Vishwanath complex, the prime minister said every Indian, for him, is a part of God, and, thus, wanted to ask them for “something”, not for him, but for the country.

“I want three resolutions for our country, not for myself – cleanliness, creation and sustained efforts for a self-reliant India,” he told the gathering which included seers.

Terming cleanliness a ‘way of life’, Modi called for people’s participation in this enterprise, especially in the Namami Gange Mission. Taking about the second resolution, PM Modi said Indians had lost their faith in their own creation because of the long period of slavery.

“Today, from this thousand-year-old Kashi, I call upon every countryman – create with full confidence, innovate, do it in an innovative way,” he added.

The prime minister the third resolution is necessary to intensify efforts towards ‘Aatmanirbhar Bharat’. He concluded his speech by saying India is in its 75th year of independence and “we have to work now on how India will be when it celebrates 100 years of independence.”

During his address, the prime minister highlighted that how the invaders tried to destroy the city but others rose to safeguard it. If there is an Aurangzeb, PM Modi said, Shivaji is also there.

“If any Salar Masood comes, then brave warriors like King Suheldev make him taste the might of India’s unity. And even during the British era, the people of Kashi knew what happened to Hastings,” he added.