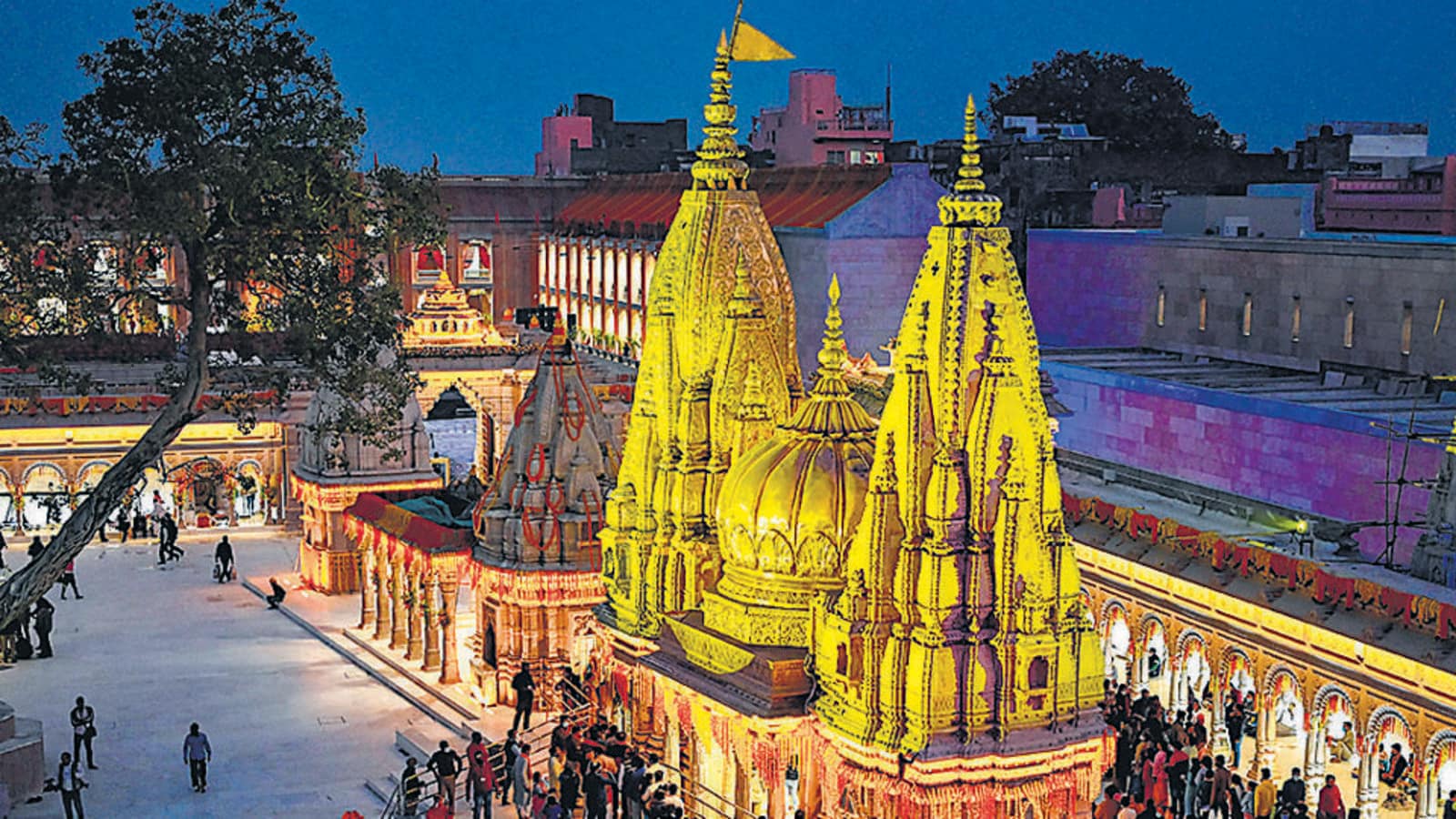 The corridor that connects the Ganga and Kashi Vishwanath temple has been decked with festive lights, flowers and garlands for the inauguration ceremony.

Soon after arriving in Varanasi, Modi will offer prayers at the Kaal Bhairav temple and reach the corridor gate on the banks of the Ganga. After alighting from a boat at the Lalita Ghat jetty, he will collect Ganga water and enter the corridor. He will then walk to the Kashi Vishwanath temple and offer prayers, officials said.

Amid the chanting of mantras, Modi will worship the deity and offer prayers to Kashi Vishwanath as part of the inauguration ceremony, the officials said, asking not to be named.

Around 3,000 guests, including Vedic scholars, priests and Hindu ascetics from all 11 other jyotirlingas of Lord Shiva will attend the ceremony, Chugh said. Jyotirlingas are devotional representations of Lord Shiva.

Different types of marble and stone have been used in building the Kashi Vishwanath Corridor, which has seven grand gates, one of them opening on Jalasen Ghat. A jetty has been built at Lalita Ghat, where devotees will alight from boats. They can then enter the corridor through the Jalasen Ghat gate. Devotees may board boats from any of the ghats of the Ganga to reach the corridor.

The Kashi Vishwanath Corridor has 24 buildings equipped with state-of-the-art facilities. These include tourist facilitation centres, a Vedic library, museum, and a space for sacred scriptures, among others. It also has the Mumukshu Bhavan (salvation home) close to the gate near the Ganga.

There is a hi-tech command and control centre with cameras installed in every nook and corner for round the clock surveillance to ensure foolproof security, said A Satish Ganesh, commissioner of police, Varanasi.

“It is matter of great satisfaction that the Kashi Vishwanath Corridor is ready,” divisional commissioner Deepak Agarwal said. “It is all set to be inaugurated by Prime Minster Narendra Modi on December 13.”

“The entire Kashi Vishwanath Dham has been decorated with flowers for the inaugural ceremony,” said Sunil Verma, chief executive officer of Shri Kashi Vishwanath Special Area Development Board (SKSADB), who oversaw the implementation of the project.

The facilities for tourists were improved without tampering with the original structure of the temple, said Bimal Patel, architect of the corridor project.

A festive fervour is palpable among residents of Varanasi, considered a holy city by Hindus.

“No one thought that the Kashi Vishwanath temple complex could be made so grand by expanding it,” said Rajbahadur Patel, a resident of Khajuri in Varanasi. “But Prime Minister Modi has made it a reality.”

“Kashi Vishwanath Dham is divine, spiritual and grand. The devotees, including kanwarias, will not have to wait for hours for darshan of Baba Kashi Vishwanath because the corridor is spacious and sprawling,” said Ballu Vijay Yadav, who runs a tea stall in Pandeypur area, named it NaMo tea stall in 2014 fter Modi. “It is a gift to devotees, including kanwariyas.”

The Kashi Vishwanath Corridor has added to the glory of Hinduism, said Ravi Gupta, a resident of Pandeypur.

Vivek Singh Raghuvanshi, resident of Tewar village in Cholapur area of Varanasi, expressed happiness over construction of the corridor. “It will make pilgrimage comfortable and will boost religious tourism.”

After laying the foundation stone of the Kashi Vishwanath Corridor in March 2019, Modi had said the project will be a model for “protection and preservation” of temples, showcasing a combination of modern technology with ancient faith.

The Prime Minister, who represents Varanasi in the Lok Sabha, will remain in the city for two days. He will preside over a conference of BJP chief ministers on the Banaras Locomotive Works campus on Tuesday.

Bengal CM, not governor, to be chancellor of universities, decides Mamata...

Governor move on convict’s plea is against federalism: Supreme Court in...

AP police: Bag with evidence in case against minister stolen from...