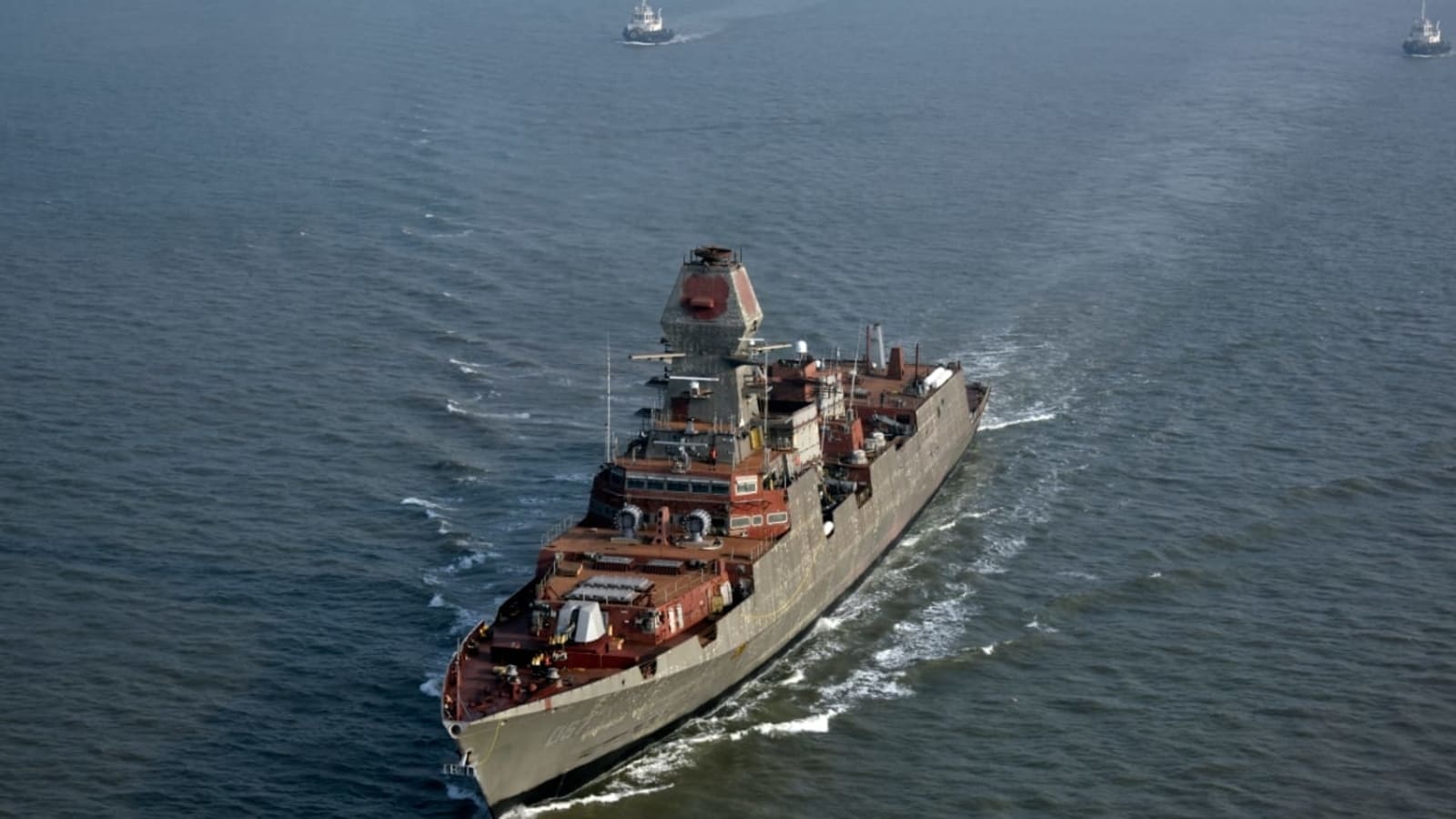 Indian Navy’s indigenous stealth guided-missile destroyer Mormugao went for her maiden sea sortie on the occasion of Goa Liberation day. The second indigenous stealth destroyer of the Project 15B class is planned for commissioning in mid-2022, and, according to the ministry of defence, December 19 was “perhaps the most befitting date” for the ship to be taken out for maiden sea trial as India celebrates 60 years of Goa’s liberation from Portuguese rule.

Mormugao, which incorporates several niche indigenous technologies, has been built at Mazagon Dock Shipbuilders Ltd (MDSL) as part of the P15B destroyers.

“The Indian Navy played a pivotal role in the liberation and dedicating the ship’s name to the maritime state of Goa will not just enhance the bonding between the Indian Navy and the people of Goa, but also link the ship’s identity permanently to the crucial role the Navy played in nation-building,” the defence ministry said in a statement.

The destroyer is expected to add significantly to the capabilities of the Indian Navy, which got a major booster in the form of INS Visakhapatnam’s and the fourth stealth scorpene class submarine INS Vela’s commissioning. INS Vela was also constructed at MDSL Mumbai in collaboration with M/s Naval Group, France, and was delivered to the Indian Navy on November 9, 2021. A total of six submarines are to be built under the project.

“With the recent commissioning in November 2021 of INS Visakhapatnam and the fourth P75 submarine INS Vela, commencement of sea trials of Mormugao is testimony to the cutting-edge capabilities of MDSL and the strong indigenous shipbuilding tradition of a modern and vibrant India,” the ministry added.

India marks another milestone in Covid-19 vaccination drive, 60% of population...

Vaccination for 15-18 age group: CoWin registration set to begin from...

Pro-Kannada groups call off bandh after meeting with CM Bommai