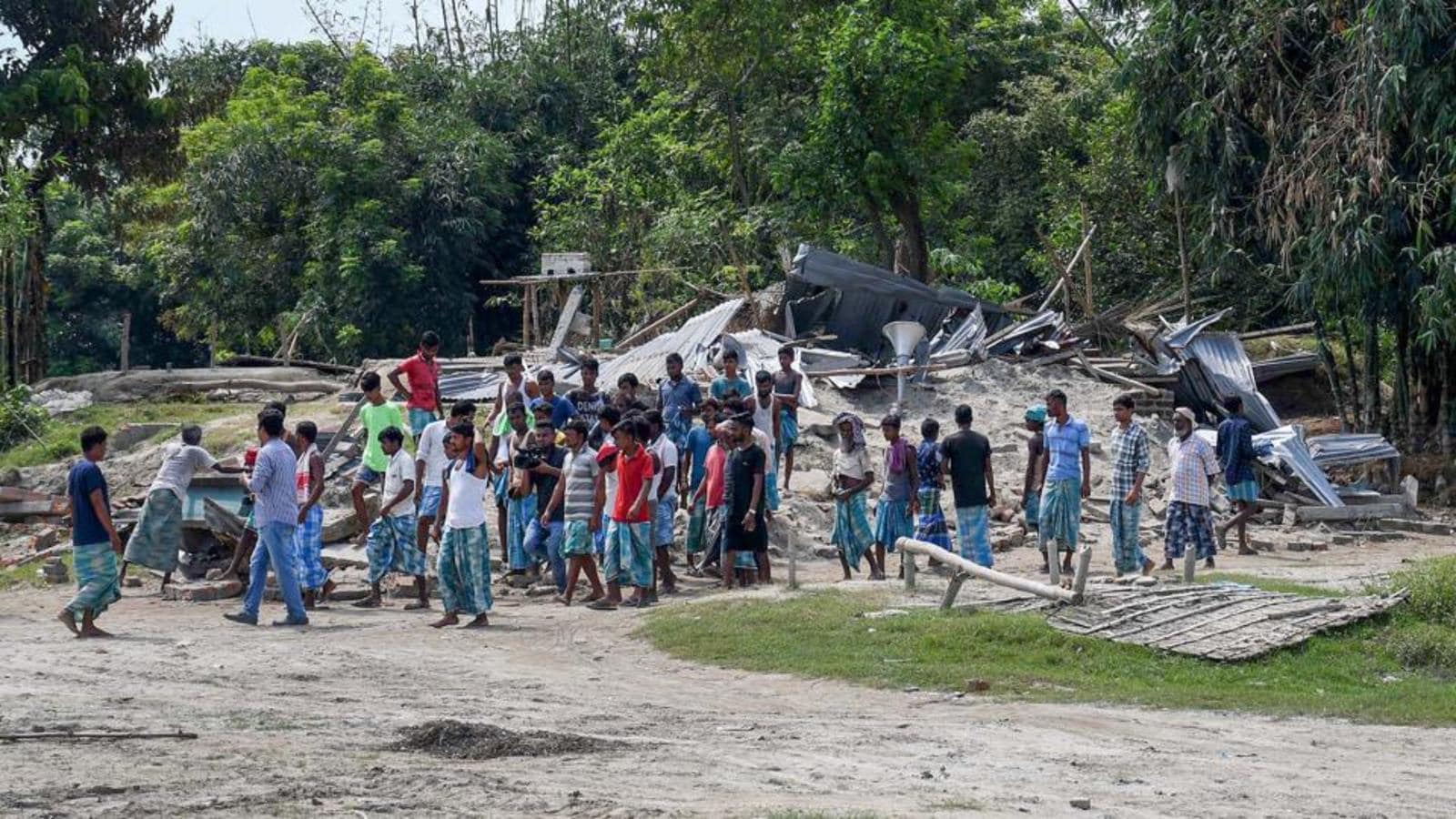 Opposition Congress Member of Parliament Abdul Khaleque on Wednesday submitted a letter to the in-charge of a police station in Guwahati seeking a First Information Report (FIR) against Assam chief minister Himanta Biswa Sarma for an alleged hate speech on December 10.

He said Sarma in the speech cited the eviction exercise carried out at Garukhuti in Darrang district in September, which left two civilians dead in police action, and called it a “revenge” for incidents in 1983 during the agitation against undocumented migrants in Assam.

“Betraying his oath on the Constitution, Sarma has maliciously given a communal colour to what was supposed to be an executive exercise,” Khaleque said in the letter. “By calling the horrendous acts (deaths of two civilians) as revenge, Sarma has not only justified the killings and arson committed there, the legality of which is sub judice before the Hon’ble Gauhati High Court, but he has gone far ahead and communalized the whole exercise–the target of which was the Muslim population living there.”

Khaleque called Sarma’s reference to revenge a “wanton provocation” to the public “to commit further acts of rioting against a particular community”. “Through such malignant and provocative utterances, the CM (chief minister) is intending to cause disharmony or feelings of enmity, hatred or ill-will towards the Muslim population of Assam.” HT has seen a copy of the letter.

Khaleque said Sarma’s comments amounted to offences under the Indian Penal Code’s Sections 153 and 153A as they were a provocative and could cause rioting and promote disharmony, enmity between different groups. He urged police to initiate action against Sarma.

A police officer, who spoke on condition of anonymity, said they have received the letter and a preliminary inquiry was being done. He added that no FIR has been lodged against Sarma.

Sarma’s political secretary, Jayanta Malla Baruah, called Khaleque’s request “politically motivated”. He added they will go ahead with its agenda of removing illegal settlers from encroached lands irrespective of what other parties say or do.

“People who are aware of the background of the Assam Agitation know the circumstances that led to over 850 persons becoming martyrs. As a political party we stand by our commitment to protect the interest of indigenous persons of Assam,” said Baruah.

Variant watch: What we know about Omicron

‘If we come back to power…’: In Manipur, Congress promises this...