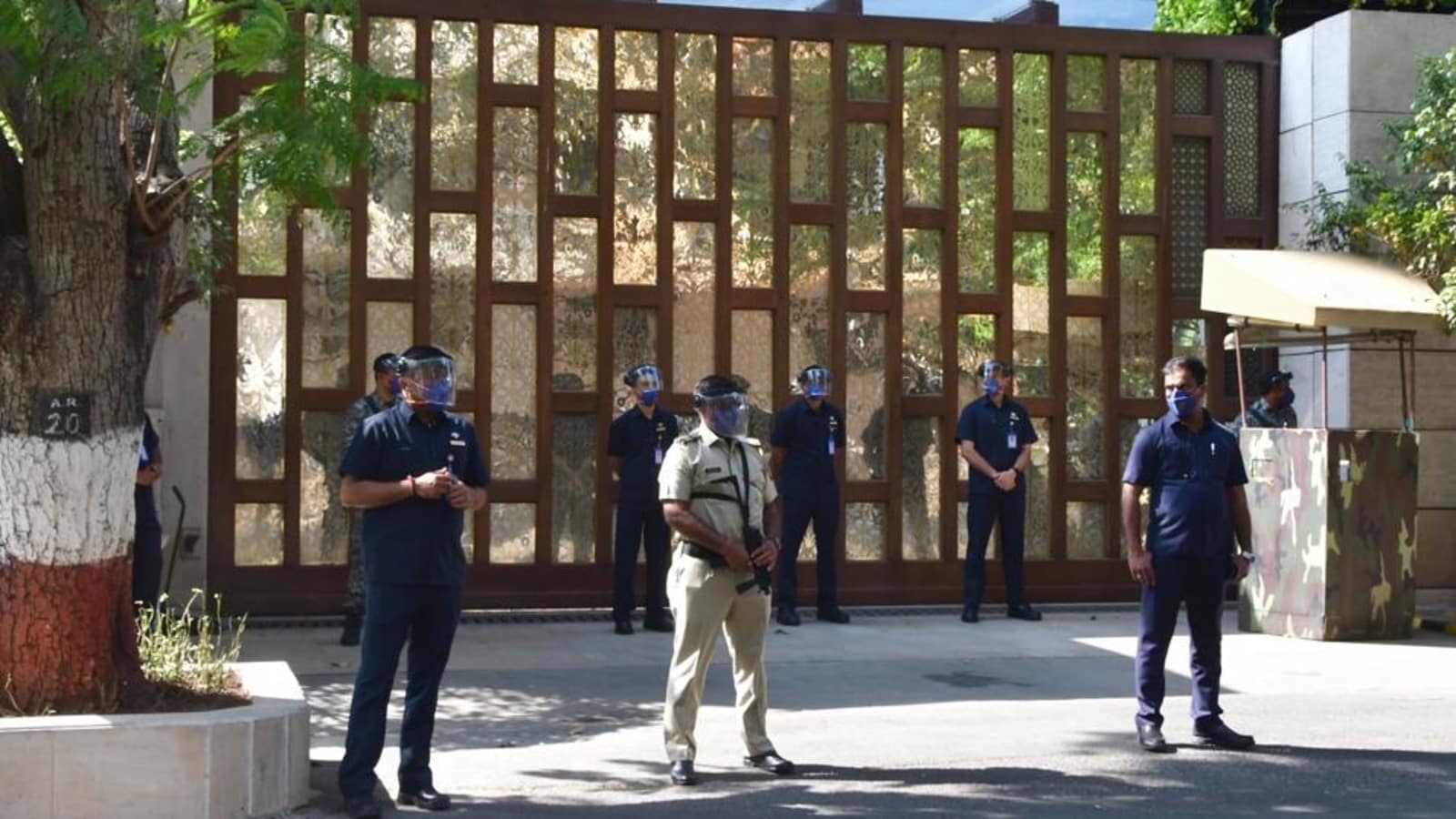 The Mumbai Police has identified one of the two persons who were asking about the location of Antilia, the residence of industrialist and Reliance chairperson Mukesh Ambani, news agency ANI reported on Tuesday . However, the person, a taxi driver from Gujarat, did not seem to possess anything suspicious, ANI further quoting the city police. “One person identified; has been called for an inquiry… Nothing suspicious recovered from him so far,” the ANI report further said.

Acting on the inputs, the police placed barricades outside the house, and checkpoints were installed in various parts of south Mumbai.

Meanwhile, an inquiry has also been initiated into the situation and the situation is being monitored by a Deputy Commissioner of Police (DCP)-rank officer. “We received a call from a taxi driver that two people carrying a bag asked for Mukesh Ambani’s residence Antilia; recording his statement. DCP level rank officer monitoring the situation. Security heightened outside Antilia; CCTV footage also being checked,” police had said on Monday.

This comes months after an explosives-laden SUV was found near the residence of Ambani. In subsequent inspection, the cops had recovered 20 gelatin sticks and a threatening note from the vehicle.

In the series of events that followed, Thane trader Mansukh Hiran, the owner of the car who reported it stolen on February 17, was found dead in a Mumbra creek on March 5. It was later discovered that dismissed Mumbai cop Sachin Vaze had borrowed Hiran’s car in November and returned it in February.