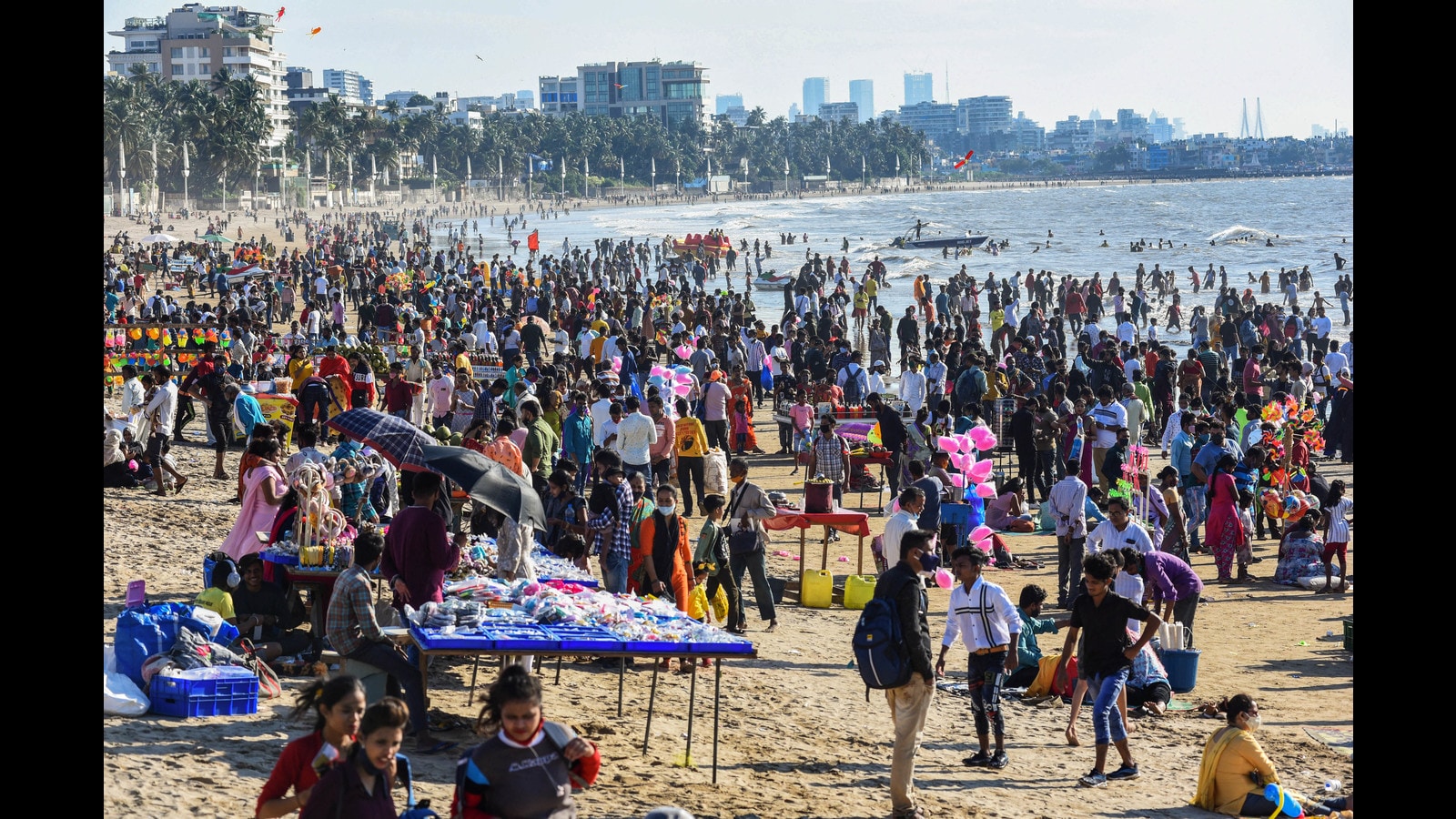 After recording a massive and consistent spike since the last week of December, Mumbai’s daily caseload has hovered between 19,000 and 20,000 cases over the past four days. The number of tests conducted in the city too, has remained consistently between 67,000 and 72,000. While this may present a picture of a stabilising third wave driven by the Omicron variant, experts warn that the numbers may be far higher that what is being officially reported. The reasons? On the one hand, an increased reliance on home test kits that allows no official supervision on positive cases, and on the other hand, asymptomatic persons who are not undergoing any tests at all.

Though the daily caseload has risen by nearly 44% since December 31, the city on Sunday recorded 19,474 cases which is a 4% decline over the previous day’s 20,318 cases. Even the number of tests conducted — 68,249 — was down by 2,770 from Saturday, official figures showed. As a result, the daily test positivity rate (TPR) declined, too. In fact, TPR (a function of the number of positive cases per tests conducted) has steadily declined since last week, from 29.90% on Thursday to 28.90% on Friday, 28.60% on Saturday and 28.53% on Sunday. Experts said that TPR is no longer the most reliable indicator to judge the spread of the pandemic as a large number of people with less severe symptoms are choosing not to get tested and many are opting for home self-testing kits.

Hospitalisation rates, however, must be tracked as they indicate the extent of the disease burden of the third wave, experts said. In the last one week alone, the Covid-bed occupancy has gone up to 21% from around 15% a week back.

Maharashtra’s Covid-19 task force member Dr Shashank Joshi said that Mumbai’s wave seems to have flattened with daily cases between 19,000 to 20,000. “But the true picture is difficult [to judge] due to the wide use of unreported rapid tests,” he said.

“We need to focus on the other criteria like doubling rate, hospitalisations, patients needing oxygen, ventilator and intensive care. The variant is circulation is highly transmissible, therefore test positivity is likely to be higher,” said Joshi said.

As many as seven self-test kits have been approved by the Indian Council of Medical Research including Coviself by Mylab, CoviFind by Meril Diagnostics, PanBio by Abbott among others. These kits are affordable for the middle class, and range anywhere between ₹250 to ₹350.

“We have witnessed a jump of almost 700% sales of our self-test kit in Mumbai in the last one week. Self-test kit is turning out to be highly beneficial given the massive increase in cases because people can get tested quickly and immediately isolate themselves,” said Hasmukh Rawal, managing director and co-founder of Mylab Discovery Solutions, a Pune-based firm that manufactures Coviself. According to reports, nearly 500,000 such kits have been sold in Mumbai in the past week.

Chemists in Mumbai have been selling anywhere between 300 to 400 self-testing rapid antigen kits daily. “Every chemist has been reporting a high demand, but it seems to have slowed down since the past two days, as the panic is settling down,” said Hakim Kapasi, a member of the Andheri Chemist Association, an umbrella body of more than 400 chemists in the Mumbai suburb.

Most test kits have a mechanism by which the suspected patient can intimate their positive status on a mobile application, which is then sent to the Indian Council of Medical Research (ICMR) portal, and thereafter to the local bodies — but this is optional. The onus is on the user to responsibly update their positive result on the app. As a result, the Brihanmumbai Municipal Corporation cannot accurately capture the number of positive cases detected on home kits.

Even so, over the past four days, self-test kits have reported around 3,000 positive results on average every day in Mumbai based on what has been uploaded to the ICMR portal. Between August 1, 2021 and January 7, only 89,326 self-test positive reports in Mumbai were intimated on the portal.

“We don’t have any control on reporting of the results of self-testing,” said Mumbai’s executive health officer Dr Mangala Gomare. “We have been adding the positive reports that we come to know to our everyday tally,” she said.

What’s more, the changing presentation of the disease means that many city physicians have started prescribing tests only in cases where patients have symptoms that persist beyond three days and are likely candidates for hospitalisation or for the monoclonal antibody cocktail drug.

Dr Bakul Parekh, a paediatrician from Ghatkopar saw 200-odd patients in the past 10 days, but prescribed RT-PCR tests only for four of them. This hasn’t stopped him from treating his other patients as though they were Covid-positive, he said.

“In a surging pandemic, any case of flu-like symptoms should be considered as Covid-19 unless proven otherwise,” said Parekh. “There is no point in testing a patient if the line of treatment does not change with a positive result. Since my patients are children, I start them on symptomatic treatment immediately, and ask them to be isolated from the elders and those with co-morbid conditions in the family. All the children have recovered within three to four days,” he said.

“There is no point in unnecessarily burdening the patients as well as the laboratories,” he said.

Physician Dr Jalil Parkar from Bandra’s Lilavati Hospital too has been prescribing tests only in cases where the symptoms don’t subside and the patient is a likely candidates for hospital admission. “At a time, there are four to five people in a family who have symptoms. This is because the current wave is driven by the Omicron variant which is highly transmissible. But how many people will you put through the tests when most of them have symptoms like fever, cough and cold, which subsides within five days?” he asked.

According to Parkar, some patients prefer testing with or without a doctor’s prescription. “I put my patients on paracetamol and other symptomatic treatment, watch them for three days and if symptoms don’t subside, I write the test just in case they need hospitalisation. But most recover by then,” he said.

Tesla stock drop wipes out $126 billion in one day