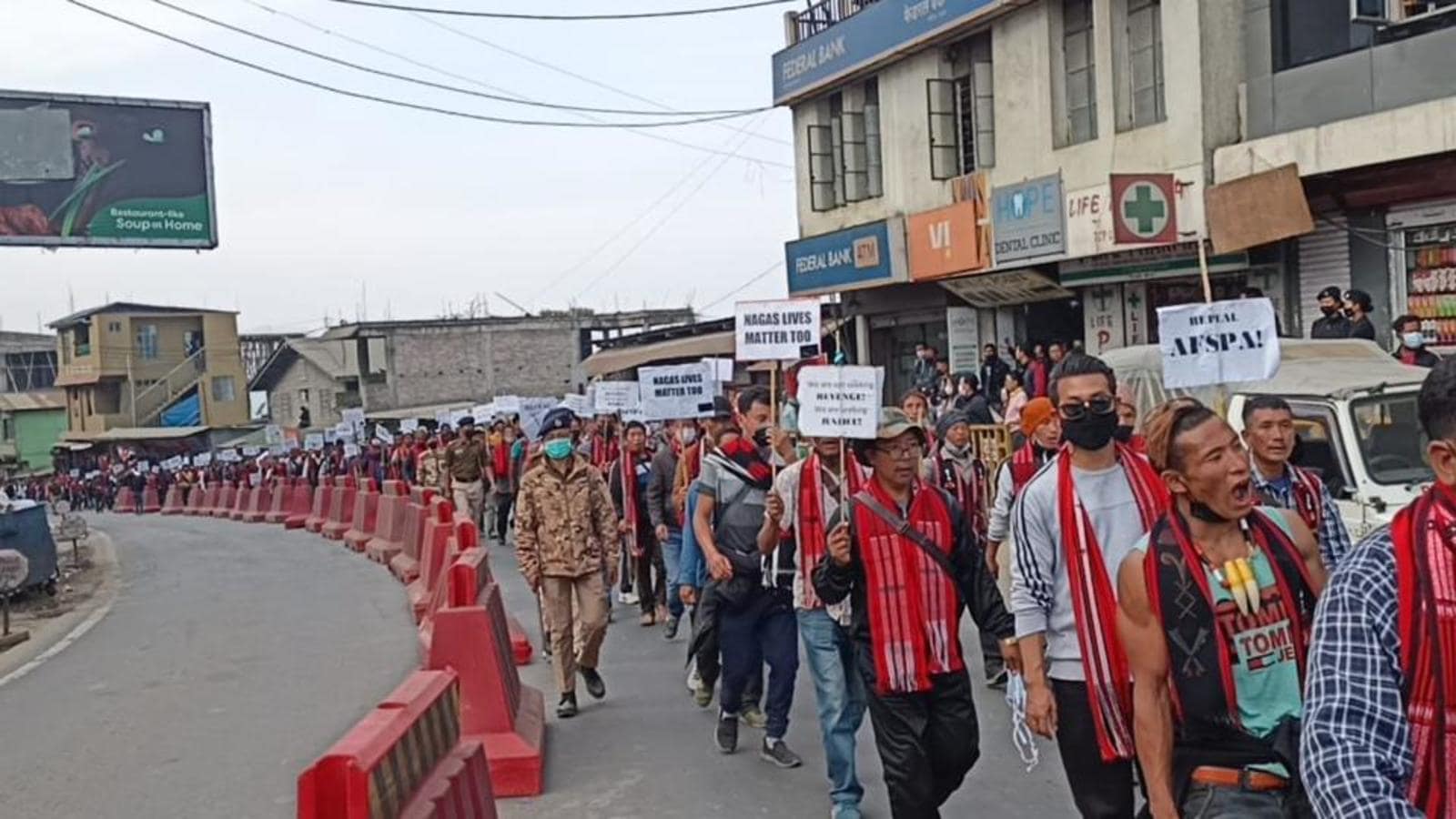 KOHIMA: Hundreds of residents in Nagaland on Tuesday completed a 70-km walkathon from the Dimapur to the capital town Kohima in a peaceful demonstration against the controversial Armed Forces (Special Powers) Act 1958 (Afspa).

The law gives sweeping powers to the security forces to search, arrest and even shoot at people on suspicion for maintenance of public order in “disturbed areas”, and they can only be prosecuted on sanction from the government.

The walkathon, which started on Monday morning, culminated outside Raj Bhavan in Kohima where a short programme was held and the participants submitted a memorandum addressed to Prime Minister Narendra Modi.

“We are here with an earnest appeal to your good offices and your humanity. We request your urgent action on the Armed Forces Special Powers Act and the brutality and injustice that have accompanied its operations in our homeland for the last 63 years,” said the memorandum signed by members of various influential Naga civil society organisations including the Naga Mothers’ Association, Naga Students Federation, Global Naga Forum, Eastern Nagaland People’s Union Dimapur and Konyak Union Dimapur.

Stating that the killing of civilians in Oting last month was not an isolated incident, the memorandum maintained that Afspa has repeatedly deprived innocent civilians of their right to life which contradicts the very concept of human rights and the reason for governments to exist.

Besides the repeal of Afspa, the signatories also requested that the prime minister take cognizance of the serious human rights crimes alleged to have been committed by the security forces in the Oting massacre by bringing justice to the victims and their families, and ensuring that the perpetrators are brought under civil court for criminal prosecution.

They also underscored the need for the government of India to take cognizance of previous allegations of excesses by the Indian military and compensate the victims or the nearest kin.

“We earnestly request you to recognize the state government’s role of handling law and order of the state, and make provisions that henceforth Afspa 1958 will not be enforced in Nagaland,” the memo said.

The demand for repeal of Afspa has been growing since 13 civilians were killed at Oting in Nagaland’s Mon district and another in Mon town on December 4 and 5 last year in a botched military operation. Subsequently, the Nagaland state assembly called an urgent session on December 20 and adopted a resolution to press for repealing the Act.

On December 26, the Centre constituted a high-level committee to examine the demand for withdrawal of the Afspa from Nagaland, whose recommendation is expected in February.

How a new liquor policy changed price game in NCR and...

Rebel Wilson jokes about Will Smith ‘being OK with wife Jada’s...