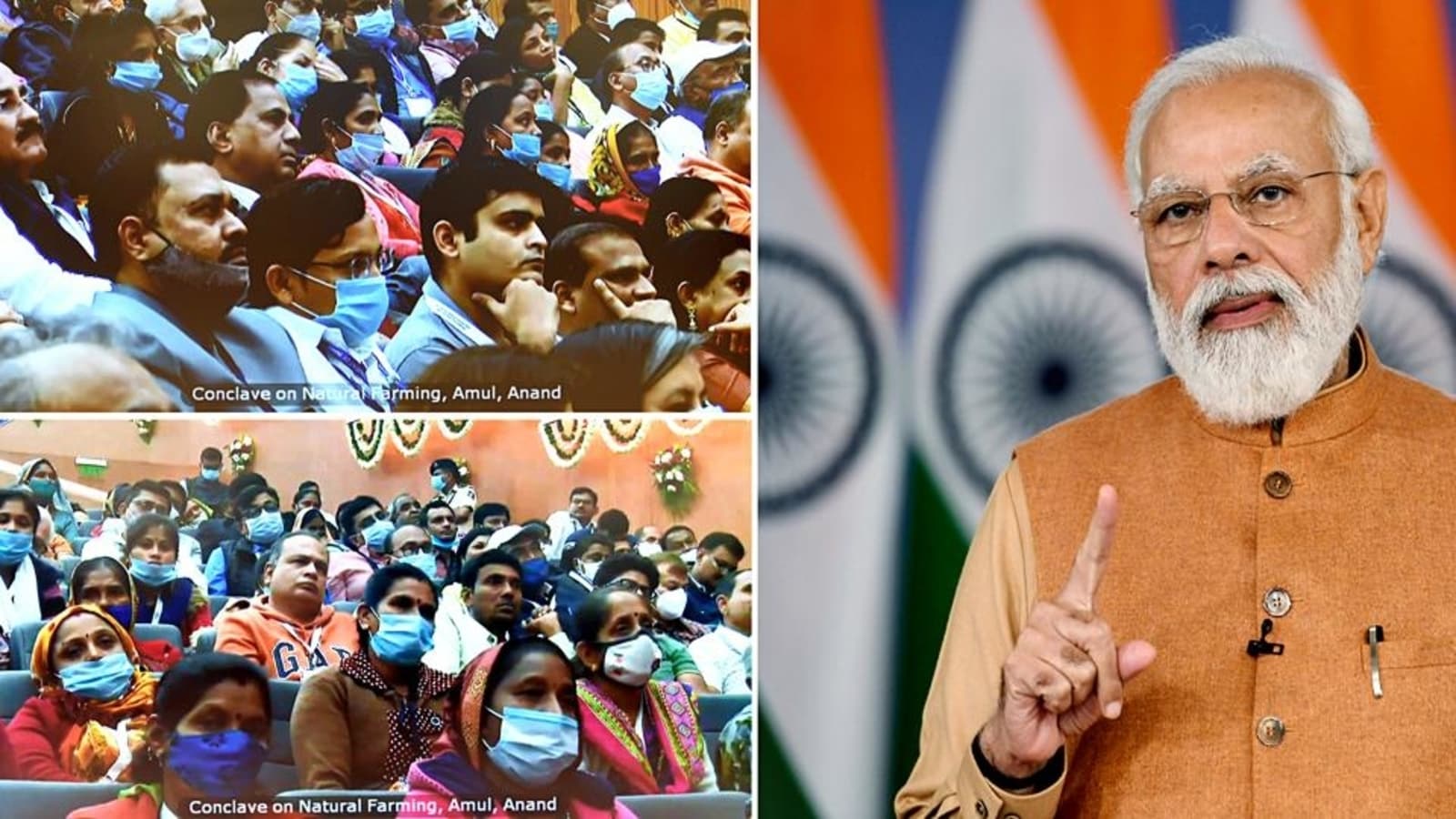 PM Modi stressed on the need to take agriculture out of the chemistry lab and connect it with the nature’s lab.

Prime Minister Narendra Modi on Thursday asked farmers to adopt natural farming techniques to ensure better produce and longevity of the soil while stressing on the need to take agriculture out of the chemistry lab and connect it with the nature’s lab.

Addressing farmers and scientists virtually during the three-day national conclave on natural farming, held in Gujarat’s Anand, Modi said though the world has progressed technologically, it has also been connected to its roots and this should be adopted in farming too.

“We have to take agriculture out of the chemistry lab and connect it to the lab of nature. When I talk about nature’s laboratory, it is completely science-based. Today, the more modern the world is becoming, the more it is moving towards ‘back to basic’. It means connecting with your roots. We not only need to re-learn the ancient knowledge of agriculture, but also need to sharpen it for modern times. In this direction, we have to do fresh research and mould ancient knowledge into the modern scientific frame,” the prime minister said. Modi also recalled that at the climate change conference (COP26) in Glasgow last month, he had called upon the world to make “Lifestyle for Environment” i.e. LIFE a global mission. India and its farmers are going to lead in this regard in the 21st century, the PM said.

“There is no doubt that fertilisers led to green revolution. But this is also true that we have to keep working on alternatives. The main reason for this is we have to import fertilisers for other countries, which increases the cost of farming. Hence, there is a need to be aware (about natural farming),” Modi said.

He also urged the Indian Council of Agricultural Research and other institutions as well as agricultural universities to adopt the concept of ‘Lab to Land’.