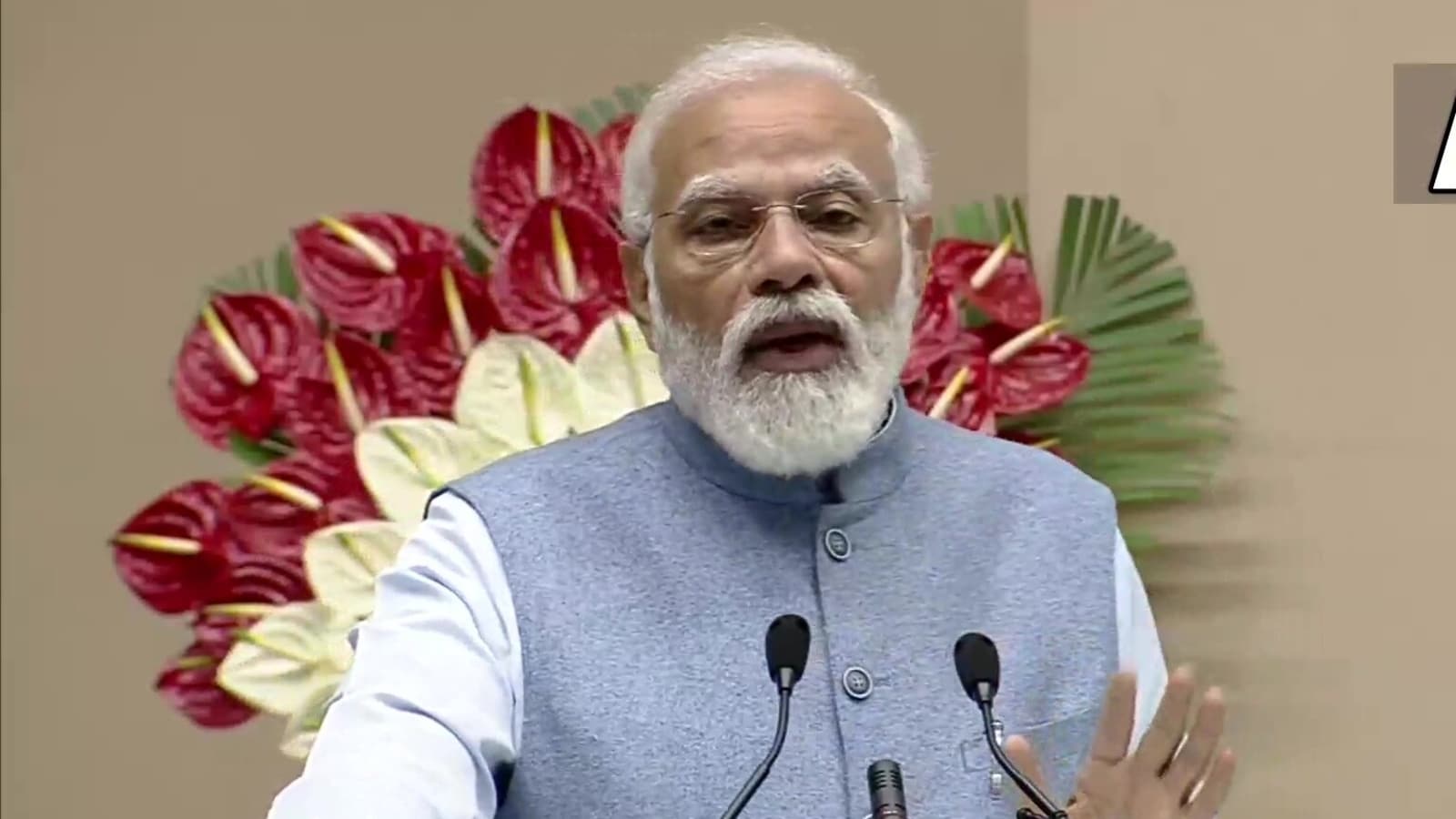 Prime Minister Narendra Modi said on Sunday the new India focuses on resolving problems rather than delaying their resolution in a shift from the “attitude” prevalent in the country for years when the “problems were swept under the carpet”.

“Today is an important day for the banking sector and account holders. Today symbolises the fact that the government has always kept the ‘Depositors First’. Depositors first, the name of this programme reflects our priority and responsibility towards them and their needs,” he added.

#WATCH | When I was CM, I repeatedly requested Centre to increase bank deposit insurance cover to ₹5 lakhs from ₹1 lakh but to no avail. So people sent me here to do it: PM Modi at an event on ‘Depositors First: Guaranteed Time-bound Deposit Insurance Payment up to ₹5 Lakh’ pic.twitter.com/GoEE34Jy2r

PM Modi also recalled his time as the chief minister of Gujarat, when, he said, he requested the central government in power to “increase bank deposit insurance cover to ₹5 lakhs from ₹1 lakh” but “to no avail”.

“So people sent me here to do it,” PM Modi said in an apparent dig at the Congress government which was in power before Narendra Modi-led Bharatiya Janata Party ousted it in the 2014 general elections.

Also read | ‘May he keep inspiring people with his creativity, phenomenal acting’: PM Modi wishes Rajinikanth on his 71st birthday

“The government changed laws to provide for depositors to get back their money in a time-bound manner in case banks go down under,” news agency ANI quoted PM Modi as saying.

With deposit insurance coverage of ₹5 lakh per depositor per bank, the number of fully protected accounts at the end of the previous financial year constituted 98.1 per cent of the total number of accounts, as against the international benchmark of 80 per cent, according to ANI.

During the event, PM Modi also handed over symbolic cheques to the depositors of the banks that failed to return their money, under the ‘Depositors First: Guaranteed Time-bound Deposit Insurance Payment up to ₹5 Lakh’ scheme, visuals tweeted by ANI showed.

16 killed as bus collides with truck in Jharkhand

4 Omicron cases in India: What their age, travel and vaccination...