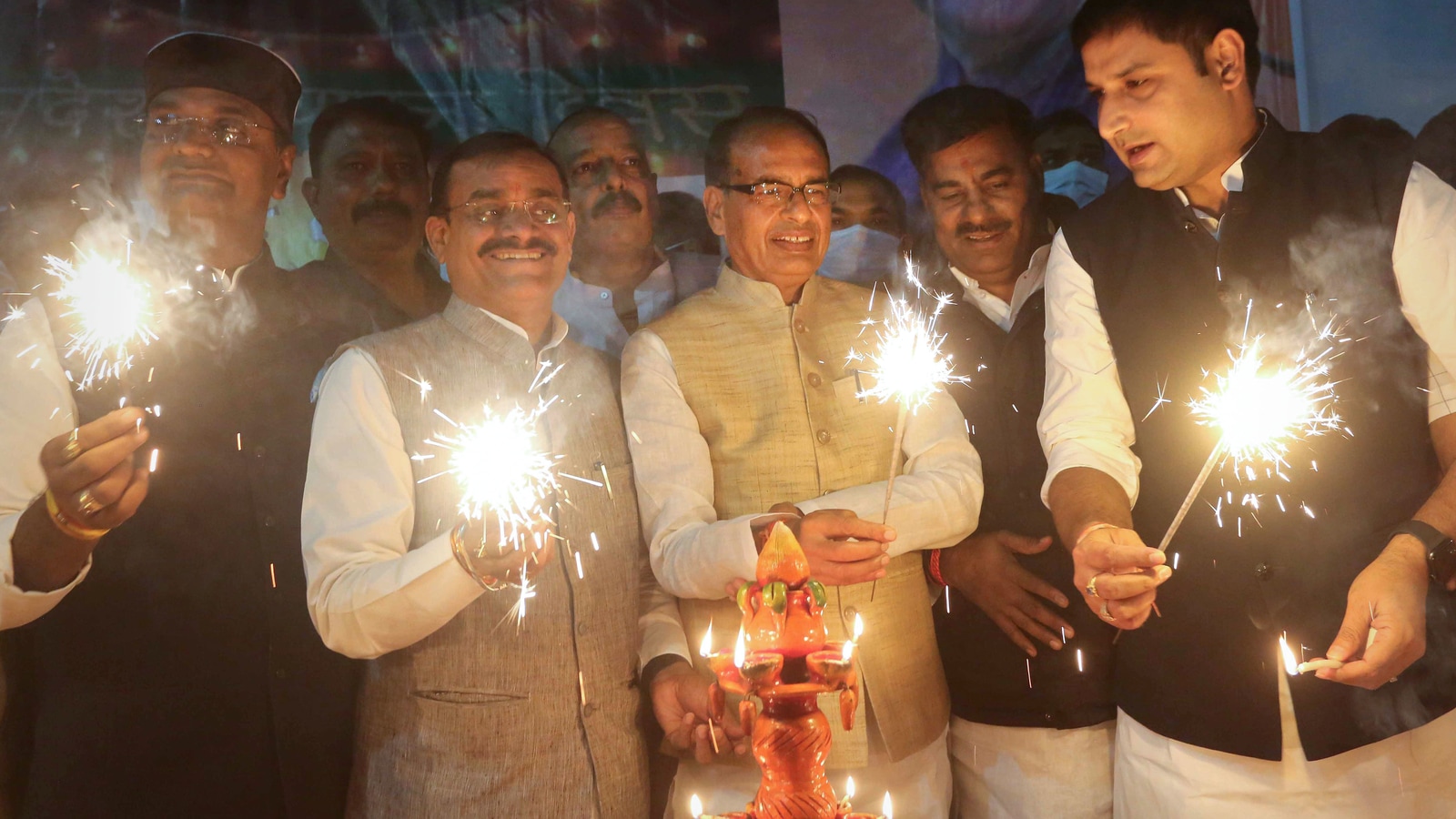 The Bharatiya Janata Party (BJP) on Tuesday emerged victorious in the by-elections to the Jobat (ST) and Prithvipur assembly seats, while the Congress retained the Raigaon constituency. Read More

Ahead of Diwali, air quality deteriorates in most Haryana cities

Ahead of the Diwali festival, the air quality of Haryana’s Faridabad and Bahadurgarh cities has slipped to ‘very poor’ category while residents of 10 other cities were breathing ‘poor’ quality of air, as per the official data. Read More

he Centre on Tuesday released ten Pakistani fishermen, who had been arrested in Gujarat for illegally crossing over to the Indian territory. Read More

‘In 2007 World Cup, Sachin batted at 4 and see what happened’: Sehwag’s classic example as India demote Rohit to No. 3

Virender Sehwag has given a classic example from the 2007 50-over World Cup and explained how India possibly committed a similar mistake by making Rohit Sharma bat at No. 3. Read More

Aryan Khan not allowed to talk to Arbaaz Merchant, Aslam Merchant says ‘They will stay away from each other’

Aryan Khan and his friend Arbaaz Merchant were released on bail last week after spending close to a month in judicial custody. Read More

173 more passengers, who arrived in Amritsar from Rome, test Covid-19...

Over 1,000 rain-battered roads in Chennai to be reconstructed

Virat, the President’s star charger, rides into the sunset