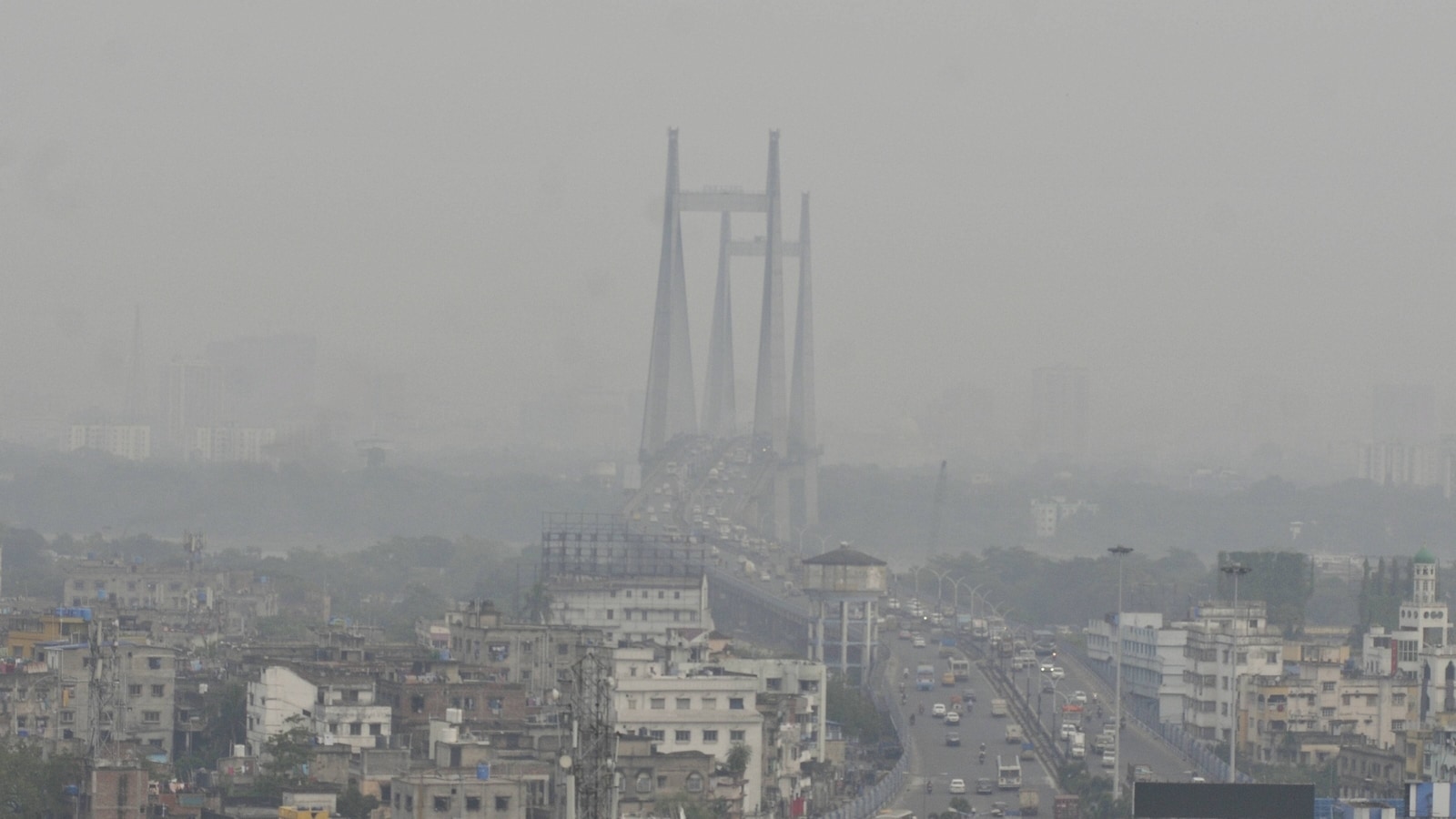 After Delhi, air pollution menace is now slowly engulfing West Bengal too. According to a recent report by IQAir, a Switzerland-based climate group, Delhi, Kolkata and Mumbai are among the top ten most polluted cities of the world. Delhi topped the list with air quality index (AQI) at 556, Kolkata and Mumbai recorded an AQI of 177 and 169, respectively, at fourth and sixth position. Read More

Congress leader Navjot Singh Sidhu on Saturday responded to the criticism levelled by the Bharatiya Janata Party (BJP) over his comments on Pakistan Prime Minister Imran Khan during a trip to Kartarpur Sahib. Read More

Farmer leaders on Saturday said that they were yet to withdraw the proposed daily tractor march to Parliament during the Winter Ssession. They said that a call on the future course of the agitation will be taken during a meeting on Sunday. Read More

The second leg of the latest edition of the Indian Premier League played in UAE saw the rise of all-rounder Venkatesh Iyer. The 26-year-old Kolkata Knight Riders player amassed 370 runs from 10 outings and with the ball he scalped three wickets. Read More

Saif Ali Khan on replacing Abhishek Bachchan in Bunty Aur Babli 2: ‘As long as there is no bad blood’…

Saif Ali Khan stepped into Abhishek Bachchan’s shoes recently for Bunty Aur Babli 2. The film has raked in negative reviews from critics but fans had already dubbed it a disappointment when they learnt Abhishek would not be a part of it. Read More

Nasa wants you to guess nicknames of nebulae. Are you up for the challenge?

Nasa often shares different posts on various social media platforms that are not only educating but entertaining. From talking about faraway galaxies to sharing information about our neighbouring planets, their posts are of varied types. Every now and then, they also share quizzes that keep people engaged too. Case in point, their latest video where they challenged netizens to guess the nicknames of various nebulae. Read More

All 28 corporators from Malegaon civic body join NCP in major...

Rawat gets his way, will lead Uttarakhand poll campaign

4 Punjab-based terror suspects in touch with Pakistani man held from...