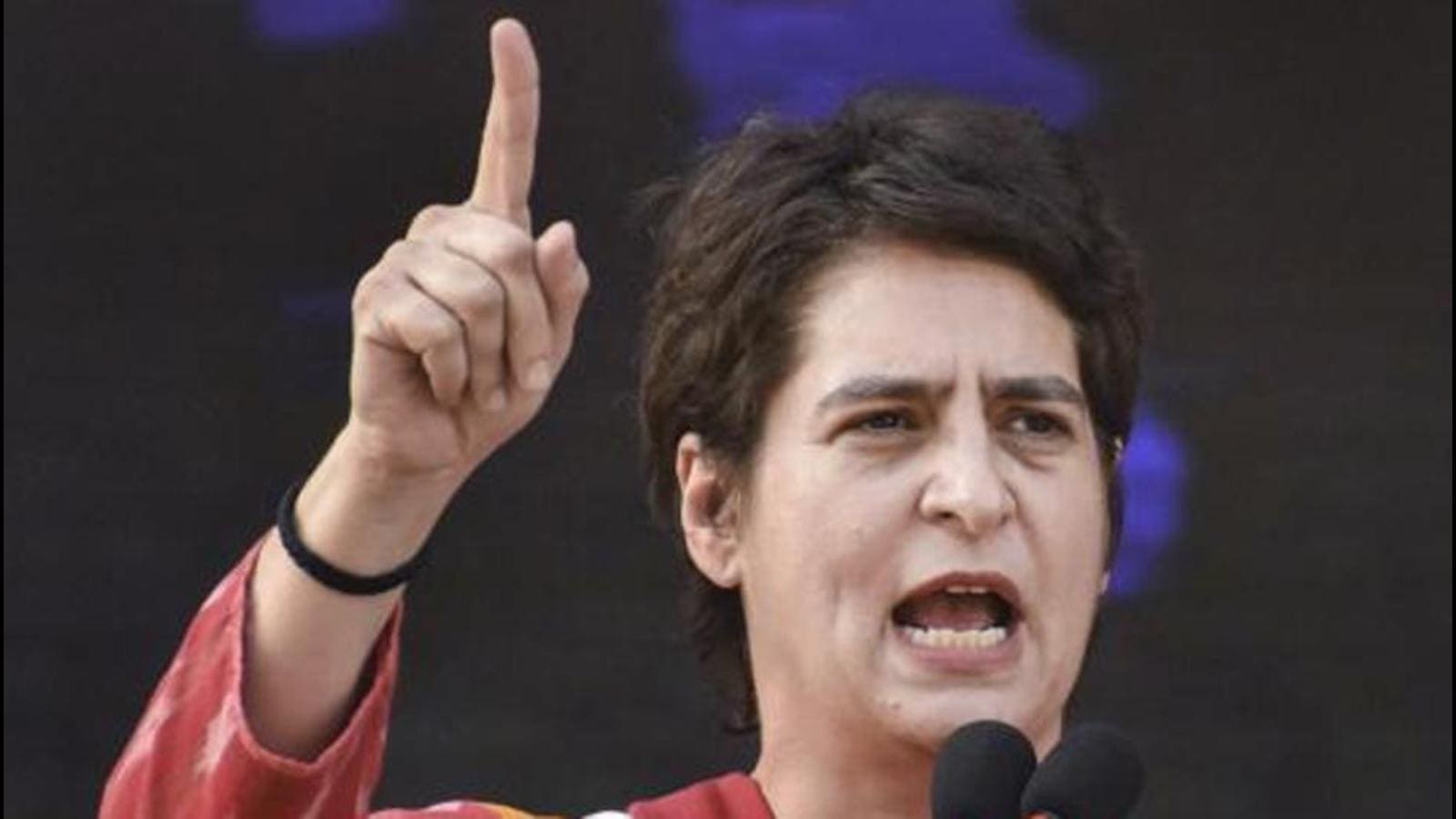 Congress general secretary Priyanka Gandhi on Sunday ruled out a pre-poll alliance with any political party and said that the party would go solo in the upcoming assembly polls in Uttar Pradesh.

Lashing out at the Bharatiya Janata Party (BJP) for misleading people that Congress has a weak organisation in Uttar Pradesh, Priyanka said, “We will show them our strength by contesting alone on 403 seats in the forthcoming assembly elections in UP. How can they say that we have a weak organisation when over 18,000 workers and leaders of our party had been booked for raising issues of the public? We didn’t see Samajwadi Party (SP) and Bahujan Samaj Party (BSP) fighting for public issues in the past two years,” said Priyanka while interacting with workers of the party and frontal organisations at a party workers’ conference in Bulandshahr on Sunday.

Congress leaders and workers from 14 districts of Meerut, Aligarh and Agra divisions attended the conference. She also paid tribute to Pt Jawaharlal Nehru on his birth anniversary in the beginning of the workers’ meet.

Spokesperson of Meerut district Congress committee, Harkishan Verma, who attended the meet, said that Priyanka asked workers to be more active on social media in order to counter lies, fake news and propaganda by the ruling BJP.

“Elections are won on the strength of women party workers,” she said while calling upon leaders to have a team of at least 25 women workers at each booth. She said that two of them should actively coordinate with others for effective execution of the party’s activities.

The Congress leader accused the BJP of trying to write a new definition of the country and Independence. She asked party workers to reach out to people and explain how the Constitution is in danger under BJP’s rule.

She also asked party workers to inform people about the party’s decisions for the welfare of women and people of different segments of the society. “Each worker should associate at least five families with the party,” she added.

The Congress leader said that Mahatma Gandhi, Nehru, Sardar Patel, Baba Saheb Ambedkar and others sacrificed their lives for Independence. “But the BJP leadership does not know the meaning of Independence. Only a few people enjoy independence today. The family of Hathras rape victim had no independence of doing the last rites of the girl. Now, the time has come to re-do the slogan of ‘Do or die’,” Priyanka said.

She said that people are in deep trouble due to increasing prices of essential commodities. “Petrol price were at ₹70 in the past 70 years which has now risen to ₹100 and beyond in the past seven years,” she said.

Party’s state president Ajay Kumar ‘Lallu’ and other Congress leaders accompanied Priyanka, who interacted with several delegations from each district to have their feedback about what more could be done to strengthen the party further.

A similar conference of Saharanpur, Moradabad and Bareilly divisions will be held in Moradabad on Monday.

Tripura to open 22 anganwadi centres in resettlement colonies for Bru...

Explained: Cyclone Asani is on the way, but it won’t be...

Kapil Mishra on the move, amidst MP fire, BJP keeps him...

Kerala on high alert as pre-monsoon rains pound many areas

Windows games will soon be able to use DirectStorage to load...