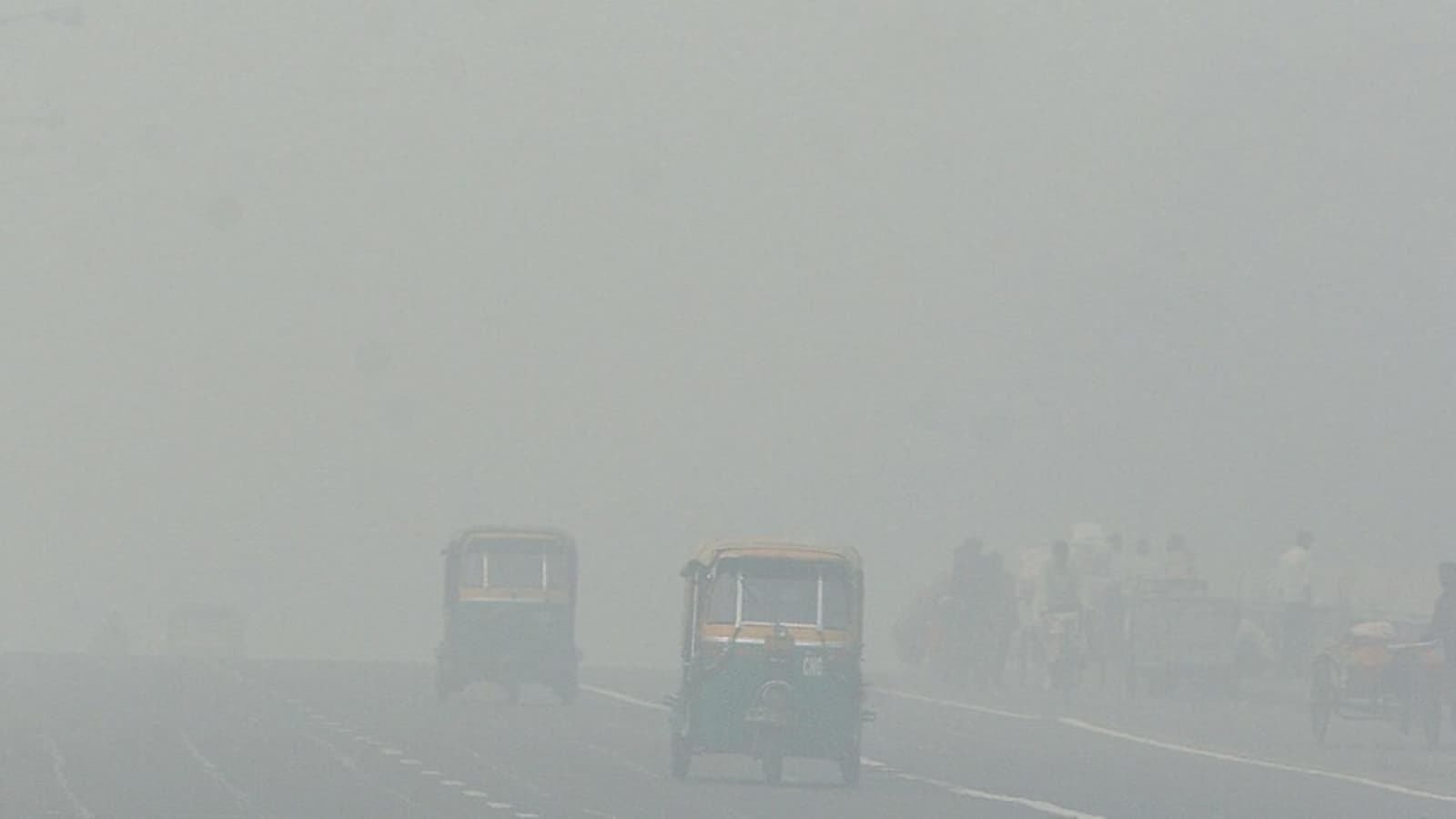 As agencies in Delhi focus their mitigation measures on cutting PM2.5 and PM10 (ultrafine particles) emissions, the concentration of nitrogen oxides (NOx) in the city’s air has largely gone under the radar, despite their levels being more than two-and-a-half-times the global safe standards, according to data from pollution monitoring stations across the Capital.

Between November 1 and 24 this year, Delhi recorded a 24-hour average nitrous dioxide (NO2) concentration of 65 micrograms per cubic metre, according to data from air quality monitoring stations run by the Central Pollution Control Board (CPCB) and Delhi Pollution Control Committee (DPCC) – the highest so far across in any month this year, and almost three times the World Health Organization’s (WHO) limit of 25 micrograms per cubic metre.

Vehicular emissions are the primary source of NO2 in the national capital.

While this concentration is below the national daily safe standard of 80 micrograms per cubic metre, this limit, too, has been breached across several parts of Delhi, primarily because of the traffic load in those areas.

Data analysed by NCAP Tracker (which tracks the progress of India’s National Clean Air Programme) — released jointly by the environmental groups Respirer Living Sciences and Carbon Copy — shows the 24-hour average NO2 levels between November 1 and November 22 were the highest at the Dr Karni Singh Shooting Range station in south Delhi, which recorded a concentration of 145 micrograms per cubic metre.

Anand Vihar is one of the most polluted localities in Delhi even in terms of the average AQI, PM2.5 and PM10 levels, owing primarily to the two interstate bus terminals in the area (in Delhi and in neighbouring Ghaziabad).

The three other regions with high NO2 levels in Delhi are not among Delhi’s pollution hot spots in terms of the AQI or PM levels. All of these regions are, however, see high vehicular volume, and experts said these could also be in the red because of congestion points near measuring stations.

Experts warn that long-term exposure to high NO2 levels cause asthma and increase susceptibility to respiratory infections.

Ronak Sutaria, founder, Respirer Living Sciences, said nitrogen oxides, which get added into the air from vehicular emissions and power plants are already at unsafe levels in Delhi and several cities across Uttar Pradesh.

“The Indian annual standard for NO2 is 40 micrograms per cubic metre, which is being breached at all locations in Delhi so far this November. The daily parameter is also being breached at several locations, most of which have high traffic,” says Sutaria.

“Congestion points can also lead to higher NO2 build-up, which can lead to formation of PM 2.5 as well,” Sutaria said.

Before November this year, February saw the highest average NO2 concentration with a 24-hour average of 57 micrograms per cubic metre through the month.

11 die over three days after drinking hooch in Bihar

Russian-speaking technologists rebuild their lives in a San Francisco home

Ukraine war pushes Germans to change. They are wavering.

Sukhi reminds AAP of progress made in 75 years, they hit...