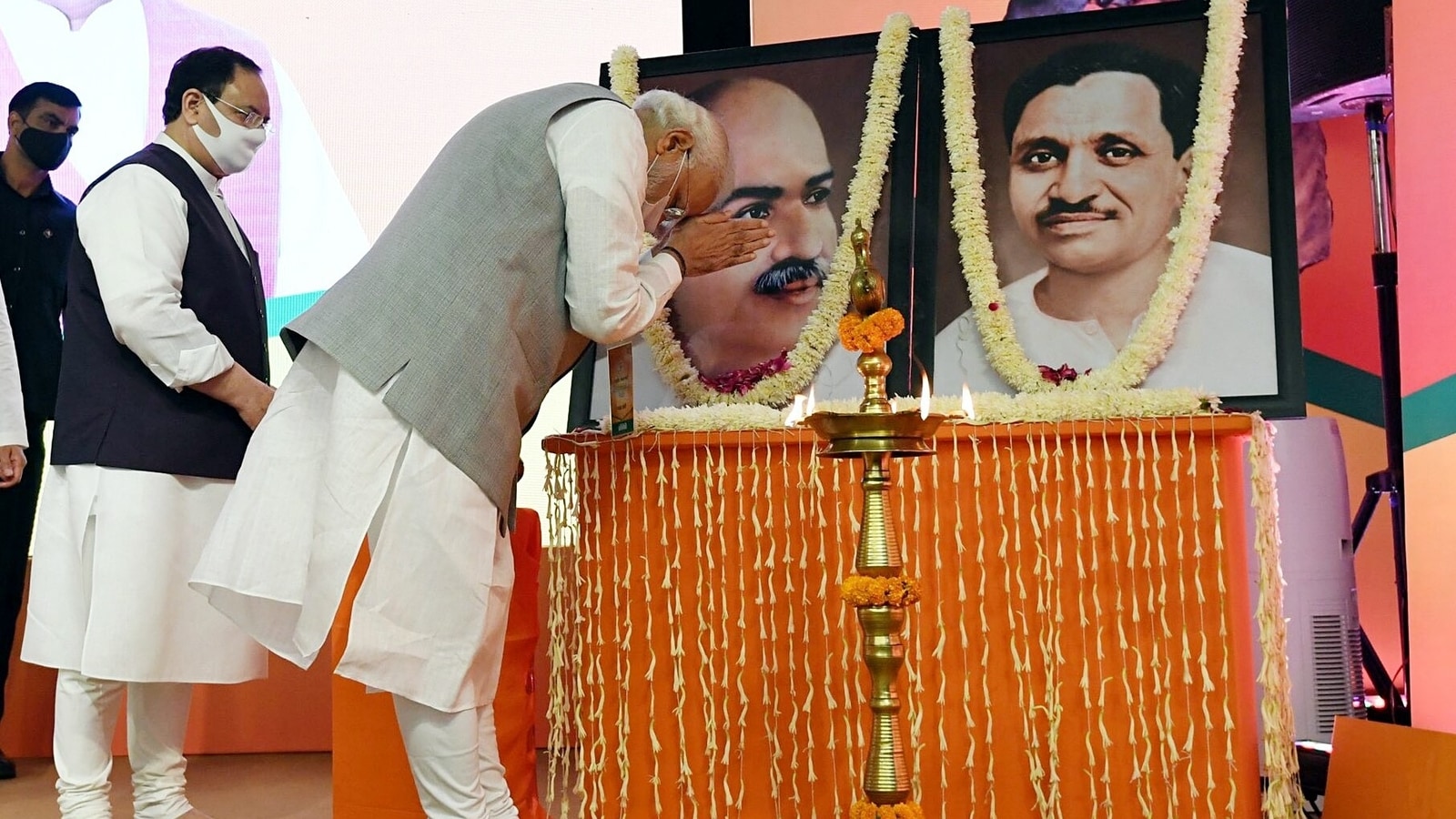 BJP does not revolve around a family, PM Modi told BJP leaders at the national executive adding that common man are the strength of the party and the world is praising India today because of that, not because of ‘someone called Modi’.

Prime Minister Narendra Modi addressed the valedictory session of the BJP’s national executive on Sunday and reiterated the principles of the party. The BJP does not revolve around a family and sewa (service), sankalp (resolution) and samarpan (commitment) are the underlying values of the party, PM Modi said taking a swipe at family-run parties at national and regional politics. He also said that whatever BJP has achieved is because of the faith of the common man.

The world is praising India today, PM Modi said. “It is not because of someone called Modi but because of the will and confidence of the people and the faith they have in themselves,” he said.

“When I was listening to the state presidents and CMs of the five states going to elections, I realised that their confidence is derived from the satisfaction of the work they have done for their states in the past five years. This is the beauty of service,” he said.

“In his address, Prime Minister Modiji gave a mantra to the party workers that they should become a bridge of faith between the common man and the party while referring to the party’s history as it has always been associated with the issues close to the common man of the country,” Union minister Bhupendra Yadav said.

Over 5 lakhs deaths due to Covid-19 so far, Centre informs...

Punjab elections: Former IPS officer among 30 fielded by AAP in...