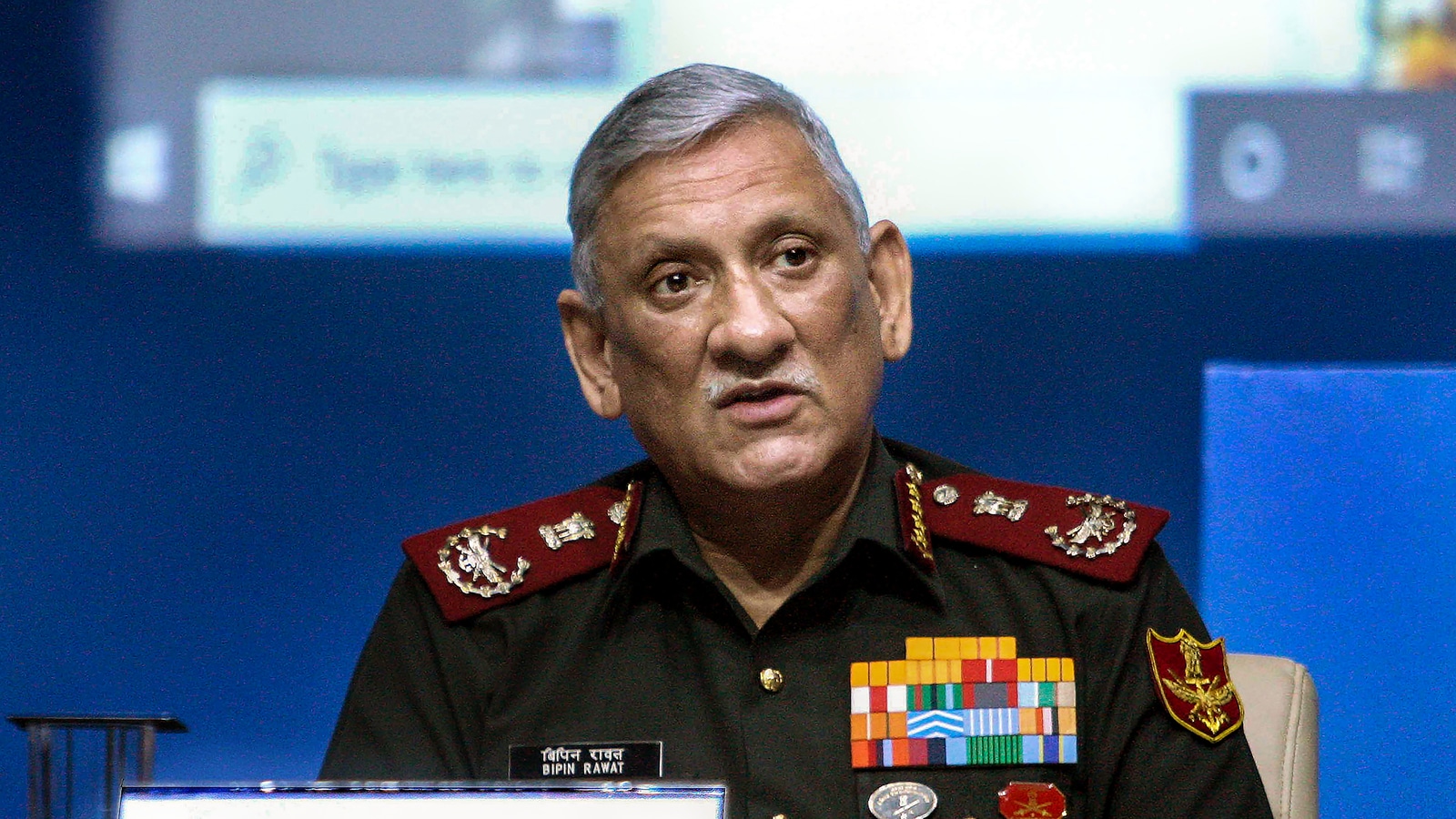 Chief of Defence Staff (CDS) Bipin Rawat on Thursday refuted all rumours regarding China building its villages on Indian territory and said that there are no transgressions against the Indian “perception” of the Line of Actual Control (LAC) as of yet. Referring to the controversy over Chinese troops crossing into the Indian side for the purpose of constructing a new village, CDS Rawat said that these reports were “not true” and that although the said villages exist, they are well within the Chinese side of the LAC.

The Defence chief’s remarks assume special importance since they come in the wake of a recent report issued by the US department of defence, in which it said that China had built a large village inside the “disputed territory” between Tibet Autonomous Region and Arunachal Pradesh in the eastern sector of the LAC.

Reacting officially to the US report, India’s ministry of external affairs had earlier said that it neither accepts China’s “illegal occupation of its territory nor any unjustified Chinese claims.”

Speaking at a media conclave on Thursday, CDS Rawat outright refuted the reports and said, “as far as we are concerned, no such village development has taken place on our side of the LAC.”

“The present controversy that has erupted, that the Chinese have come across into our territory and built a new village is not true,” he added.

The Defence chief, however, shed some light on the possible purpose with which the Chinese are building villages close to the LAC.

“But what I wish to come out with is that Chinese are building villages possibly for billeting and locating their civilians or for their military in the future all along the LAC,” the CDS added, “…particularly after the recent face-offs that we have had.”

Rawat also said both the Indian and Chinese forces have posted troops on their respective side of the LAC. “Wherever the Chinese have now developed their posts, we have seen some old dilapidated huts that existed in that area,” he said. “So, some of those huts have been broken and newer infrastructure was being built up and modern huts are coming up.”

“Yes, maybe a couple of them, the villages, have increased in size. What I would probably feel is that these are to billet the Chinese soldiers and subsequently, they may also be planning to facilitate the arrival of their families once in a while… Our civilians going there, our families visiting forward areas, so they are watching all this,” he explained.

Noting that Chinese soldiers are isolated, Rawat said, “He (a Chinese soldier) is living thousands of miles away from the mainland. And he sees our people that they are in a much happier state. They get to go home much faster.”

The Indian soldiers do get leave to go home from the positions on LAC at least twice a year if not thrice, he said, adding that the Chinese soldiers do not have this luxury.

“They are building this infrastructure, this kind of so-called villages, which are well within their side of the LAC. They have not transgressed anywhere on our perception of the LAC,” he said.

He said there are different perceptions of the LAC but the Indian armed forces know where the LAC lies because they have been told that this is your alignment of the LAC and this is the territory you are expected to defend.

When asked if he thinks such village development is muscle-flexing on their part, he replied: “Certainly not, I won’t call it muscle-flexing. With the development of these villages, they are trying to make sure that they reach out to their border areas, and it is something we should also be doing.”

India was also concerned about its border area development and the government has released funds for BADP (Border Area Development Programme) projects, he mentioned.

“In fact, we are encouraging people to go there and stay back in those villages because a large number of villages along the LAC are being vacated,” he explained. “Why are they being vacated? Because people find job opportunities, education, health infrastructure, more in the inner areas.”

‘If they had guts…’: Himachal CM on Khalistan flags, graffiti at...

Amid Congress show of strength, Alka Lamba appears before cops