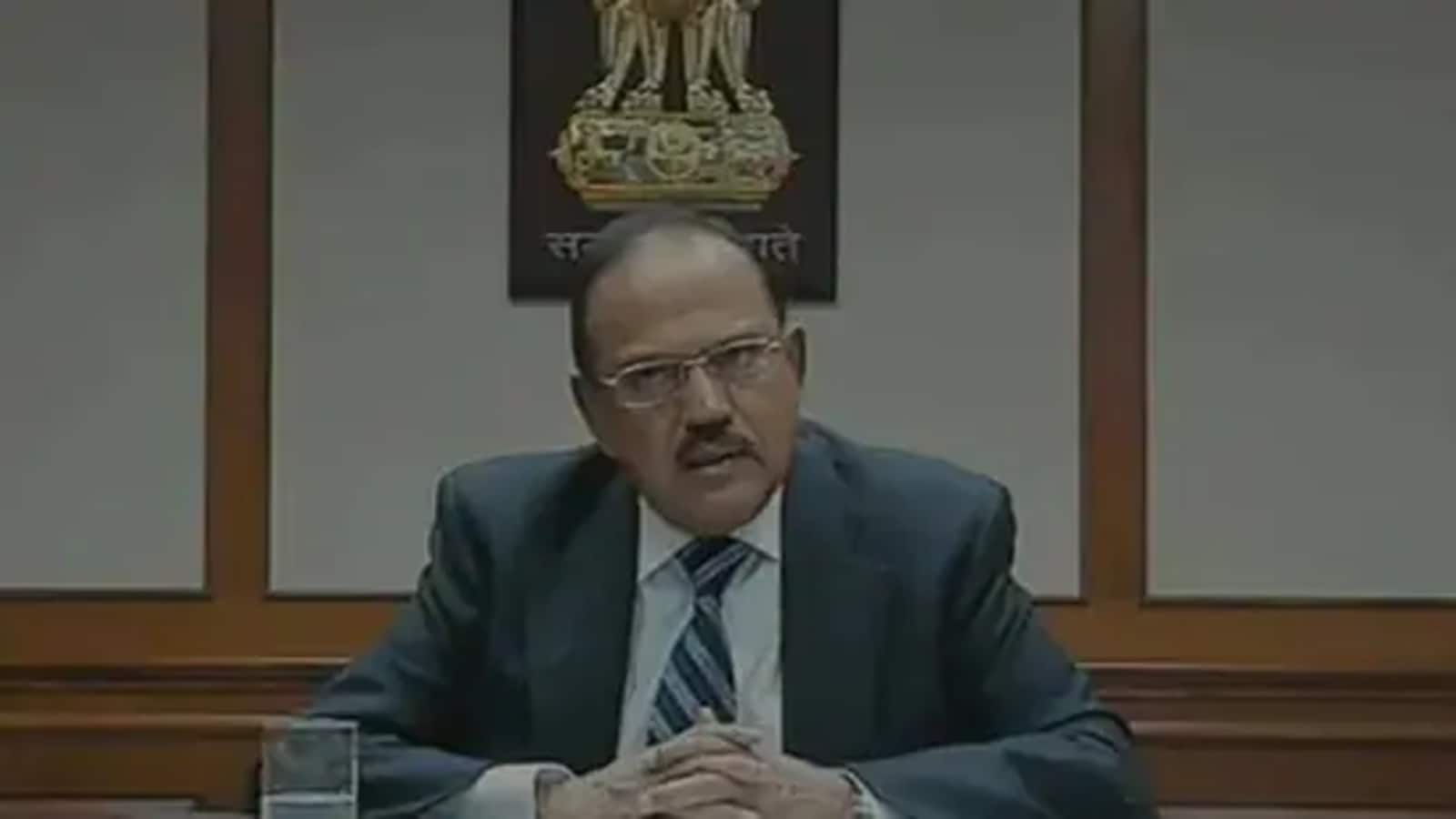 National Security Adviser (NSA) Ajit Doval and his counterparts from Tajikistan and Uzbekistan on Tuesday assessed the situation in Afghanistan, including the threat of terrorism and the need for humanitarian aid, ahead of a meeting of top regional security officials.

On Wednesday, Doval will chair the Delhi Regional Security Dialogue on Afghanistan, which will be attended by the NSAs and secretaries of security councils of seven regional countries, including Iran and Russia. India is looking to the meeting to help forge a joint approach for tackling security threats emanating from Afghanistan in the aftermath of the Taliban takeover.

At his bilateral meeting with Nasrullo Rahmatjon Mahmudzoda, secretary of Tajikistan’s security council, Doval had a detailed exchange of views on the situation in Afghanistan and both sides expressed concern at a sharp increase in terrorist threats, people familiar with the matter said on condition of anonymity.

There was a “significant convergence” in assessments by India and Tajikistan, and the Tajik side highlighted the gravity of the situation in Afghanistan. The two sides also discussed the looming humanitarian crisis in Afghanistan, the people said.

Afghanistan was the focus of discussions at a subsequent bilateral meeting between Doval and Victor Makhmudov, secretary of Uzbekistan’s security council, and both sides agreed the future of the war-torn country must be decided by the Afghan people.

The two sides felt the legitimacy of any government in Afghanistan was important for its international recognition, the people said.

The Indian and Uzbek sides emphasised the need for Afghanistan’s neighbours to ensure unhindered access for humanitarian aid meant for the Afghan people. In an apparent reference to the role being played by Pakistan, the two sides further agreed that neighbouring countries must play a constructive role in Afghanistan, the people said.

Tajikistan has taken a tougher stance towards the Taliban set up in Kabul and pushed for the creation of an inclusive government with representation for Afghanistan’s Tajik minority, while the political leadership of Uzbekistan has shown a greater willingness to work with the Taliban, albeit without recognising the interim administration formed by the militant group.

The dialogue is expected to focus on tackling threats and challenges such as terrorism within Afghanistan and across its borders, radicalisation, cross-border movements, drug trafficking, and the danger posed by vast amounts of military gear left behind in Afghanistan by US troops. The security officials will also discuss the issue of providing humanitarian aid to the Afghan people.

Though Pakistan and China were invited to the dialogue, both countries decided to skip the meeting. Pakistan’s NSA Moeed Yusuf said he wouldn’t attend the meet because of differences with India, while the Chinese side attributed its decision to “scheduling reasons”.

On November 6, Muttaqi met Wang Yu, the Chinese ambassador to Afghanistan, and discussed bilateral ties and trade. In response to a request from Muttaqi, Wang pledged to facilitate visa services for Afghan traders.

Nations agree to release 60 million barrels of oil amid Russian...

Mercury soars to 47 degrees in parts of Delhi, no respite...

J&K: 2 migrant workers shot at by terrorists in Pulwama