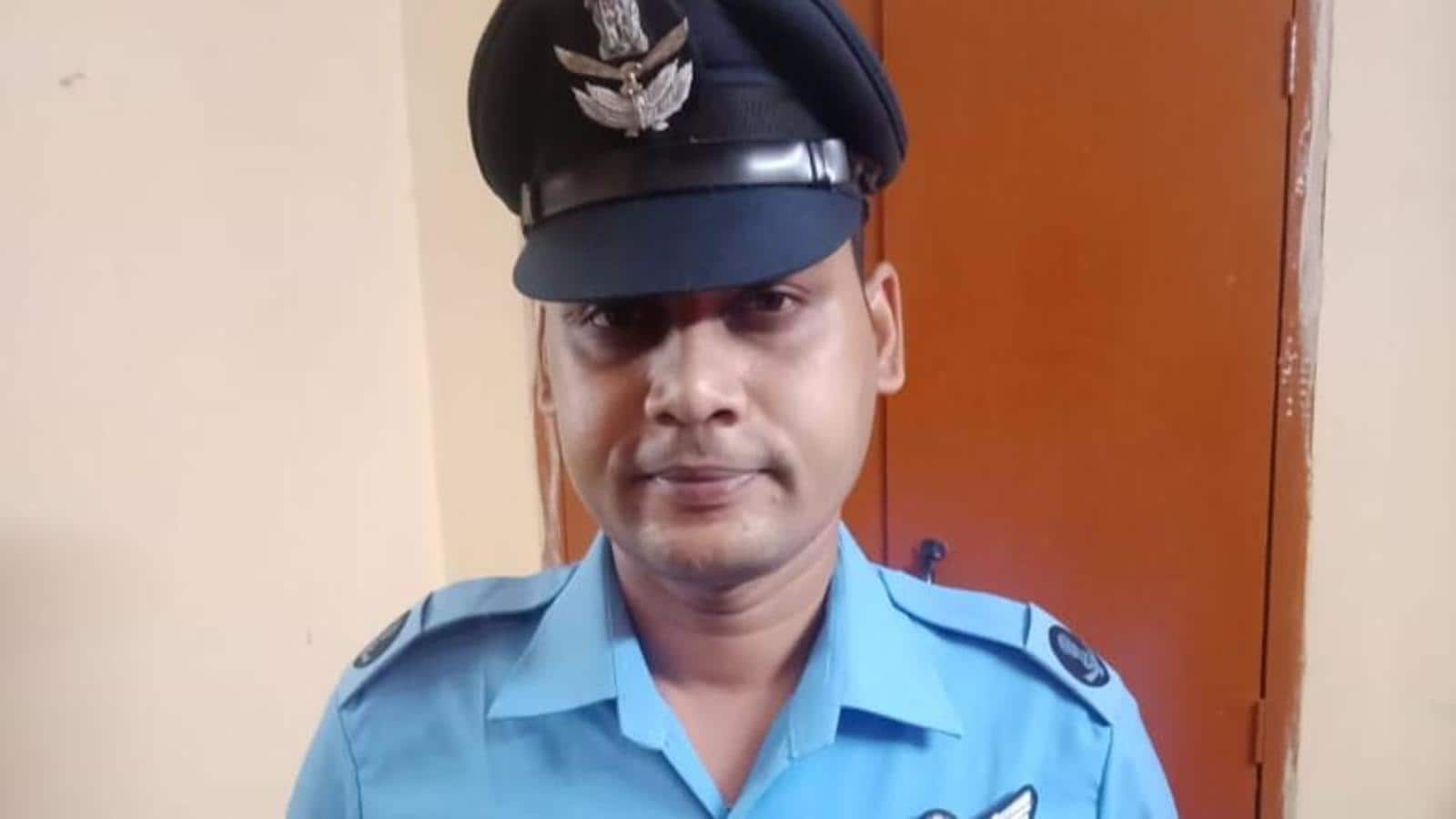 Earlier in the day, the mortal remains of Das were brought to the Biju Patnaik International Airport in Bhubaneswar from New Delhi. The body was then carried in a special vehicle in a procession to the 120 Battalion of Territorial Army premises in Bhubaneswar.

The mortal remains of junior warrants officer of the Indian Air Force, Rana Pratap Das were consigned to flames with full state honours at his native village in Angul district on Saturday evening.

Das was with CDS General Bipin Rawat, his wife and 11 others in the ill-fated Mi-17V5 chopper that crashed near Coonoor on December 8.

In the presence of family members, officials of the IAF and hundreds of people, Das’s body was consigned to flames at a crematorium at his native Krushnachandrapur village.

Before the cremation, a gun salute was given by the armed forces to the Tricolour-wrapped body of Das at the crematorium amid chants of ‘Rana Pratap Amar Rahe’.

Earlier in the day, the mortal remains of Das were brought to the Biju Patnaik International Airport in Bhubaneswar from New Delhi. The body was then carried in a special vehicle in a procession to the 120 Battalion of Territorial Army premises in Bhubaneswar.

A Guard of Honour was given followed by a tribute by chief minister Naveen Patnaik, DGP, senior armed forces personnel and political leaders. The body was then taken in an ambulance escorted by an armed forces vehicle and district police to Krushnachandrapur village.

Political leaders cutting across party lines along with the hundreds of people were present at the crematorium.

Born in 1987, Das joined IAF in June 2006 and was transferred to Coimbatore three months ago. The 34-year-old was married in 2017 to Shivangi, a dentist by profession. They have a 19-month-old son.

A grieving Srivatsa Das, father of the deceased officer, said his son had promised to come home next month. “He was home last Dussehra. I never thought that I would see his body a few months later,” said Srivatsa Das.

A special memorial is being built in the village for Das by Mahanadi Coalfields Ltd. People of Krushnachandrapur have demanded that the road between Talabeda and Krishnachandrapur be named after him.

Co-WIN registration limit extended, now 6 members can sign up from...

Two Maoists gunned down in Chhattisgarh

With Aryan Khan back home, here is where the drugs-on-cruise case...