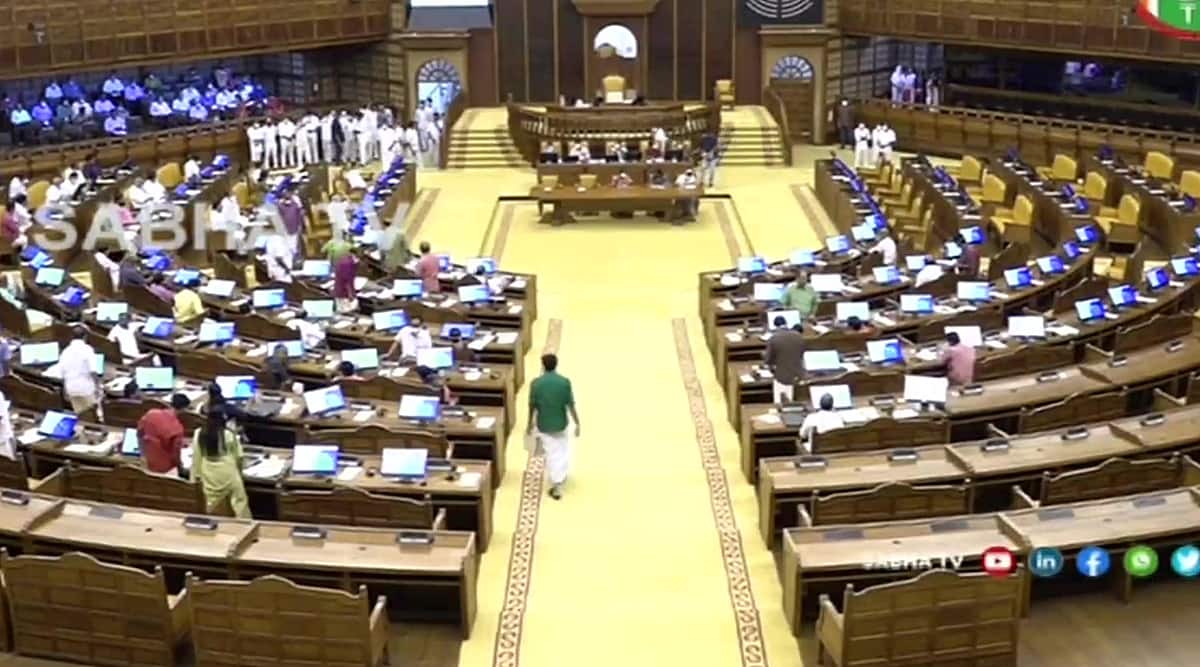 The fifth session of the Kerala Assembly Monday had a stormy start with Congress-led opposition members protesting against last week’s attack on party MP Rahul Gandhi’s office in Wayanad. As the protest continued, Speaker M B Rajesh adjourned the Assembly for the day.

When the session began, Opposition members, many of them wearing black shirts, turned up holding placards. When the Question Hour in the Assembly began, the Opposition members stood up protesting and shouting slogans. They wanted the House to discuss the attack on Rahul Gandhi’s office, but the Speaker denied permission for it.

Although the Speaker suspended the proceedings for a short time, the Opposition members trooped to the well of the House. The members of the ruling bench also joined the commotion shouting slogans against the Opposition, which boycotted the proceedings. The Assembly was then adjourned for the day after obituary references.

Opposition Leader V D Satheesan later told the media that the Opposition wanted the attack on Rahul Gandhi’s office to be discussed after suspending the proceedings. “We had served notice for discussing it. When we raised slogans, even ministers were trying to suppress the rights of the opposition. Even ministers were raising provocative slogans, which showed the ruling bench wanted to create tension in the assembly. Hence, we have decided to boycott the assembly,” said Satheesan.

Hrithik Roshan’s rumoured girlfriend Saba Azad is getting love from the...

Why PM Modi should talk of inter-faith harmony in Mann ki...

Unlike Opposition, BJP is focussed on inclusive growth: PM Modi in...