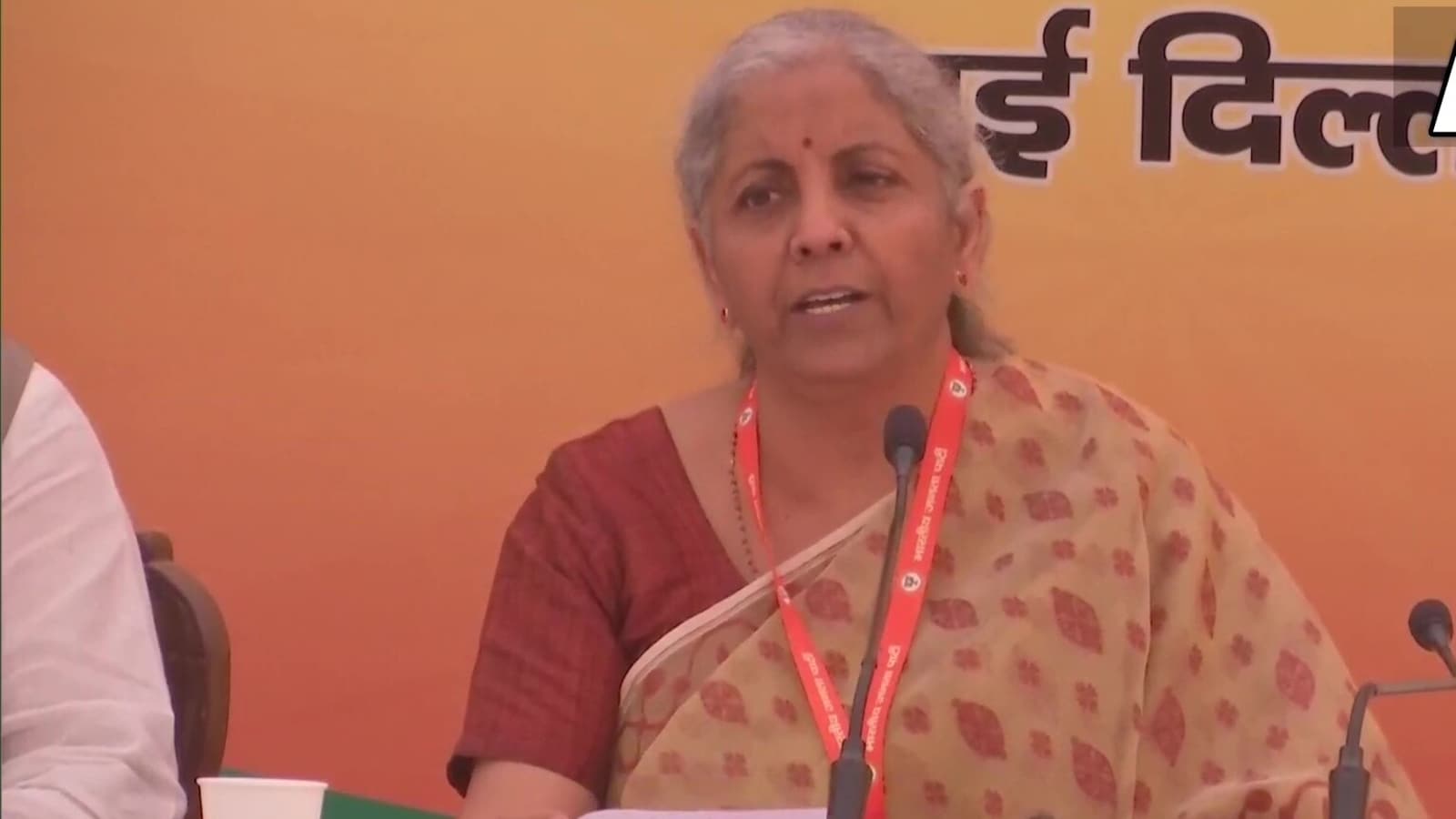 Sitharaman lauded the Centre for various initiatives taken to curtail the negative impacts of the Covid-19 (Coronavirus) pandemic. “While lauding the commendable work of vaccination done in India we also remember how the Opposition parties had raised many questions on vaccination carried by the government from the very beginning,” news agency ANI quoted her as saying.

“Within 48 hours of announcing the lockdown, we came up with giving people food for free for eight full months – for 80 crore people. The ‘PM-CARES for Children’ programme for orphaned children showed how the PM and our government cares for the next generation and children. ‘One Nation, One Ration Card’ had also taken up and implemented speedily,” the Union finance minister further said.

The Union minister also reaffirmed the commitment of the party to seek justice for the victims of the political violence in West Bengal. “We will stand by them during all legal processes and will support every BJP worker in the party in Bengal,” she said.

She added, “We also discussed how after the abrogation of Article 370 in Jammu and Kashmir, the Block Development Councils and District Development Council elections were conducted and how people are willing to come out to participate in democratic processes.”

“A statistics I’d like to highlight is the Industry Promotion Scheme worth ₹28,400 crore, which was launched in Jan 2021, for Jammu and Kashmir. 54 projects worth ₹56,201 crore have also been launched. Today, because of the Jan Aushadhi Yojana, affordable medicines are being made available to the poor and middle class. Also, over 75,000 health and wellness centres have been set up,” the Finance Minister said.

The BJP NEC meeting was held after a gap of almost 1.5 years. Among those who attended the meeting included Prime Minister Narendra Modi, Union home minister Amit Shah and BJP chief JP Nadda.

No evidence of extortion found in Aryan Khan case; no report...

‘Type 2 diabetes is a leading cause of kidney disease’