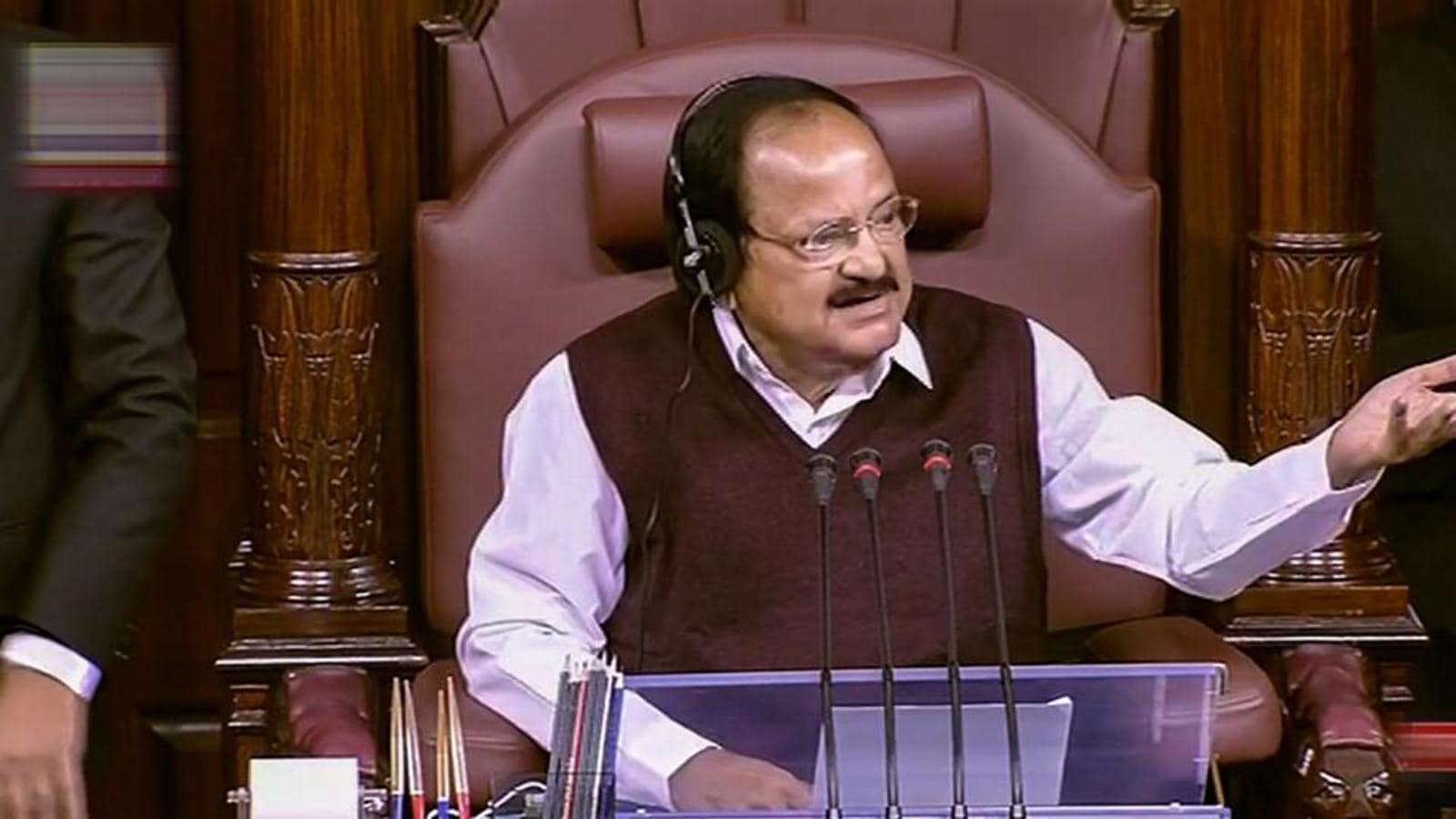 New Delhi: A meeting of Opposition leaders with Rajya Sabha chairman Venkaiah Naidu on Wednesday to resolve the impasse over suspension of 12 lawmakers turned into a stormy debate that ended on a bitter note with at least four leaders leaving his chamber abruptly, according to people aware of the matter.

As the Opposition leaders appealed to Naidu to take inspiration from his predecessors, the chairman reminded the them that there has been “no indication yet of any regret from the suspended MPs”.

Government managers, too, have been consistent in their demand that the 12 MPs must express regret for their conduct in the last session that led to their suspension, which has led to the Upper House being in turmoil this session.

The Opposition has ruled out any apology and has accused the government of suspending “vocal and important members” of the Opposition from speaking in the House.

An official present in Naidu’s meeting, who asked not to be named, said: “The chairman observed that an all-party meeting will be called when it is appropriate. It implied that a meeting would serve no purpose when either the suspended MPs or leaders of their respective parties are not willing to reflect on their conduct and regret the same in an appropriate manner.”

The Rajya Sabha Chairman also cautioned the Opposition members to not to dictate terms to him.

The Congress’s Jairam Ramesh maintained in the meeting that “the very least chairman should be doing is bring all parties on the discussion table”.

As the talks were deadlocked, Kharge, Sharma, Jairam, Jha and Raut left the meeting to restart protests in the House.

Congress leaders Anand Sharma and P Chidambaram served a notice in the House on Wednesdayfor the termination of the suspension of the 12 MPs, but it was rejected.

In the meeting, Naidu told the Opposition leaders that the notice was not in order. “It was not accompanied by the text of the motion to be moved in the House. Naidu added that even if any notice served was in order, he would need time to examine it before deciding on its admission and he can’t be forced either inside or outside the House for a decision on the same,” the official cited above said.

Rule 223(1) of the Rules of Procedure of the House requires that every notice in writing shall be addressed to the secretary general and shall be left at the council notice office so as to enable further consideration.

“On the contrary, the notice of Sharma and Chidambaram, scribbled on a piece of paper, was given to chairman Shri Naidu in the House when zero hour was in progress, and they demanded immediate action on it,” said a second official on condition of anonymity.

Naidu also consulted House officials ahead of his meeting with the Opposition. “The officers pointed out that in the past too, suspensions have never been revoked before the completion of the suspension period without the suspended MPs or their party leaders regretting the conduct,” the second official said. Officials of the Secretariat have reiterated that since the suspension was a decision of the House, its revocation too has to be decided by the House.

The meeting between Naidu and the Opposition leader took place after Congress president Sonia Gandhi met four key Opposition leaders on Tuesday to discuss the impasse. It was suggested in the meeting that NCP chief Pawar, Kharge, and other top leaders will approach Naidu to seek his intervention to revoke the suspension and defuse the crisis.

Doctors reveal how they have treated Omicron patients in Delhi

Explained: How the CBI investigates