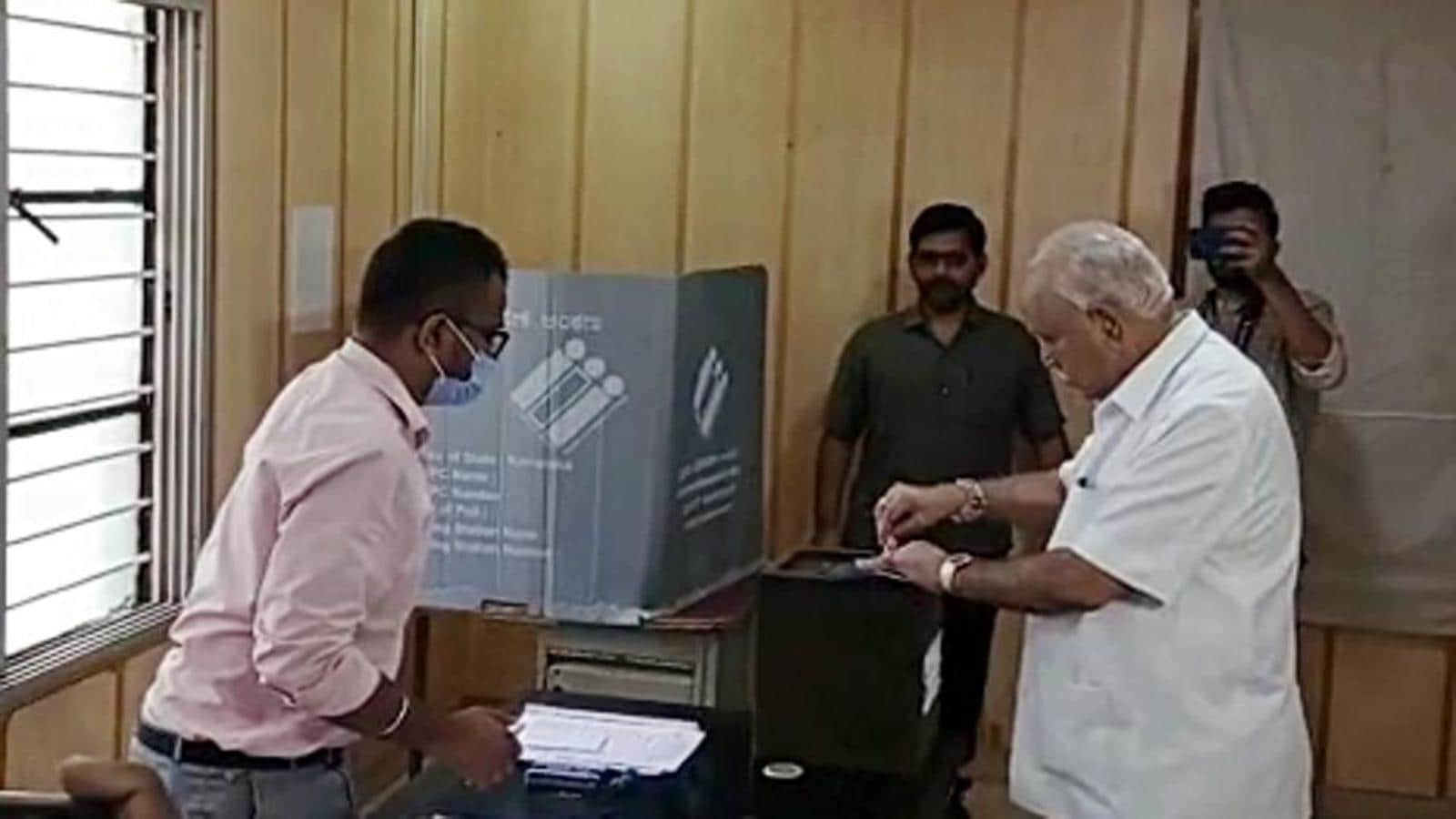 Bengaluru: Over 99% voter turnout was recorded during the biennial election to the Karnataka Legislative Council’s 25 seats on Friday, with the border district of Belagavi recording the highest 99.98% turnout, the office of Chief Electoral Office (CEO), Karnataka said in a statement.

The polling began at 8 am on Friday and ended at 4 pm. The results of the polls will be declared on December 14 and it will have a bearing on the power equation in the Upper House of the state legislature.

“The polling concluded peacefully,” the office of the CEO said.

While Belagavi recorded the highest turnout, Vijayapura district saw the lowest turnout at 99.55%.

Elected members of the legislative assembly, members of parliament and other local bodies are eligible to vote in the election for the legislative council. The election was necessitated as the term of 25 incumbent MLCs, including 14 from the Congress, seven from the Bharatiya Janata Party (BJP) and four from the Janata Dal (Secular), ends on January 5.

Chief minister Basavaraj Bommai on Friday said, “There is an indication that we will taste victory in all the constituencies we are contesting. All efforts are also being made to ensure this.”

Bommai cast his vote in his home constituency of Shiggaon in Haveri district on Friday.

The poll outcome will have a bearing on the power equation in the 75-member Upper House, with the BJP, JD(S) and the Congress hoping to secure victories to gain control of the Upper House of the legislature. A total of 90 candidates are in the fray for 20 Local Authority’s Constituencies.

The elections come at a time when the ruling BJP in the state is facing severe criticism and its government has been accused of various charges, including of corruption and involvement in the alleged Bitcoin scam, in which several prominent political leaders and officials are alleged to have laundered money using cryptocurrencies.

Politically too, the polls are crucial for Bommai after losing one of the two seats in the October 30 bypolls for Hanagal and Sindgi assembly constituencies.

The defeat in Hanagal, a neighbouring district from Bommai’s home district, had fueled speculation of a growing divide within the saffron outfit and discontentment against the chief minister.

The Congress is hoping to capitalise on the discord and dissent within the BJP and prepare the ground for other upcoming polls like zilla and taluka panchayats, Bruhat Bengaluru Mahanagara Palike (BBMP) and the 2023 state assembly elections.

“My vote is for progress, unity and stability. That’s why people are choosing to vote for the Congress Party. Cast my vote for the MLC elections in Kanakapura,” DK Shivakumar, president of the Karnataka Pradesh Congress Committee (KPCC), said on Friday after casting his vote.

He added that the Congress will win seats beyond its expectations and there are indications that the party will win even those constituencies it lost out on in the previous elections.

The elections are crucial for all three political parties in the state to gauge the sentiments of their respective grassroots level support, which appeared to be waning over contentious decisions made by their top leaderships.

The BJP has openly sought the support of the JD(S) in seats where the regional outfit is not contesting, prompting the Congress to call the two “allies”.

The JD(S) has been tactful in denying support, but asking its local leaders to take a decision to support whichever party they choose in their respective districts that would benefit the regional outfit.

Bukahalli C Manju, BJP’s candidate in Mandya, on Friday broke down in front of TV reporters, stating that there were people who spread rumours about him and hinted that some members of his own party refused to support him. Mandya is a bastion of the JD(S) and Manju’s allegations indicate that the BJP may have backed the regional outfit in the district to gain its support in other places it is not contesting.

“(BS) Yediyurappa has become distraught and has asked for support from JD(S), which means the BJP has lost its strength,” Shivakumar said.

Renaming places in Arunachal is part of Chinese psy-ops