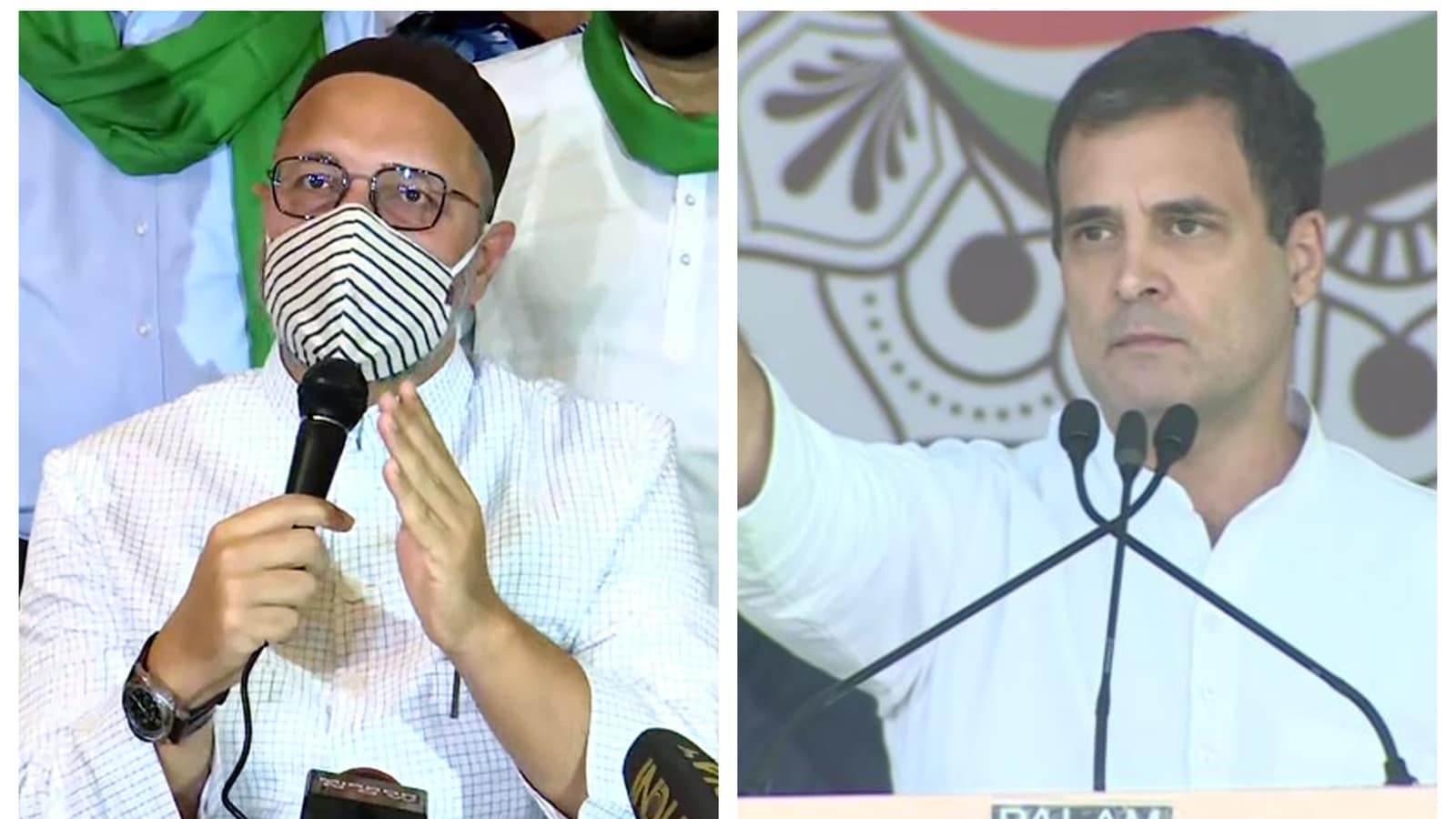 Congress fertilised the ground for Hindutva and now they are trying to harvest majoritarianism, Asaduddin Owaisi tweeted reacting to Rahul Gandhi’s Jaipur speech.

Questioning how bringing Hindus to glory can be a secular agenda in 2021, AIMIM president and Hyderabad MP Asadiuddin Owaisin on Sunday slammed Congress leader Rahul Gandhi’s Jaipur speech in which Gandhi said India is a country of Hindus and not Hindutvadis.

“Rahul and INC fertilised the ground for Hindutva. Now they are trying to harvest majoritarianism. Bringing Hindus to power is a secular agenda in 2021. Wah! India belongs to all Bharatiyas. Not Hindus alone. India belongs to people of all faith and also those who have no faith,” Owaisi tweeted.

Rahul & INC fertilised the ground for Hindutva. Now they’re trying to harvest majoritarianism. Bringing “Hindus to power” is a “secular” agenda in 2021. Wah!

Congress has been under fire over Salman Khurshid’s comment on Hindutva in his new book on Ayodhya verdict. It has also created a difference of opinion among veteran party leaders. Drawing a distinct line between Hindu and Hindutva, Rahul Gandhi on Sunday said a Hindu is one who respects all religions, embraces all and fears none. “Read any scripture — be in Gita, Upanishad, Ramayan, Mahabharat. Where is it written that poor and weak people are to be oppressed?” Rahul said as Sonia Gandhi, Rajasthan chief minister Ashok Gehlot clapped.

“If there is inflation in the country and there is suffering, then this has been done by Hindutvadis. Hindutvadis want power at any cost,” Rahul said.

“Lord Krishna did not tell Arjun to kill brothers for power. It is written in the Gita that fight for the truth even if you have to die,” Rahul said.

India stands with people of Lanka: Jaishankar amid protests

Watch: Mayank Agarwal’s bizarre run out in his first Test at...