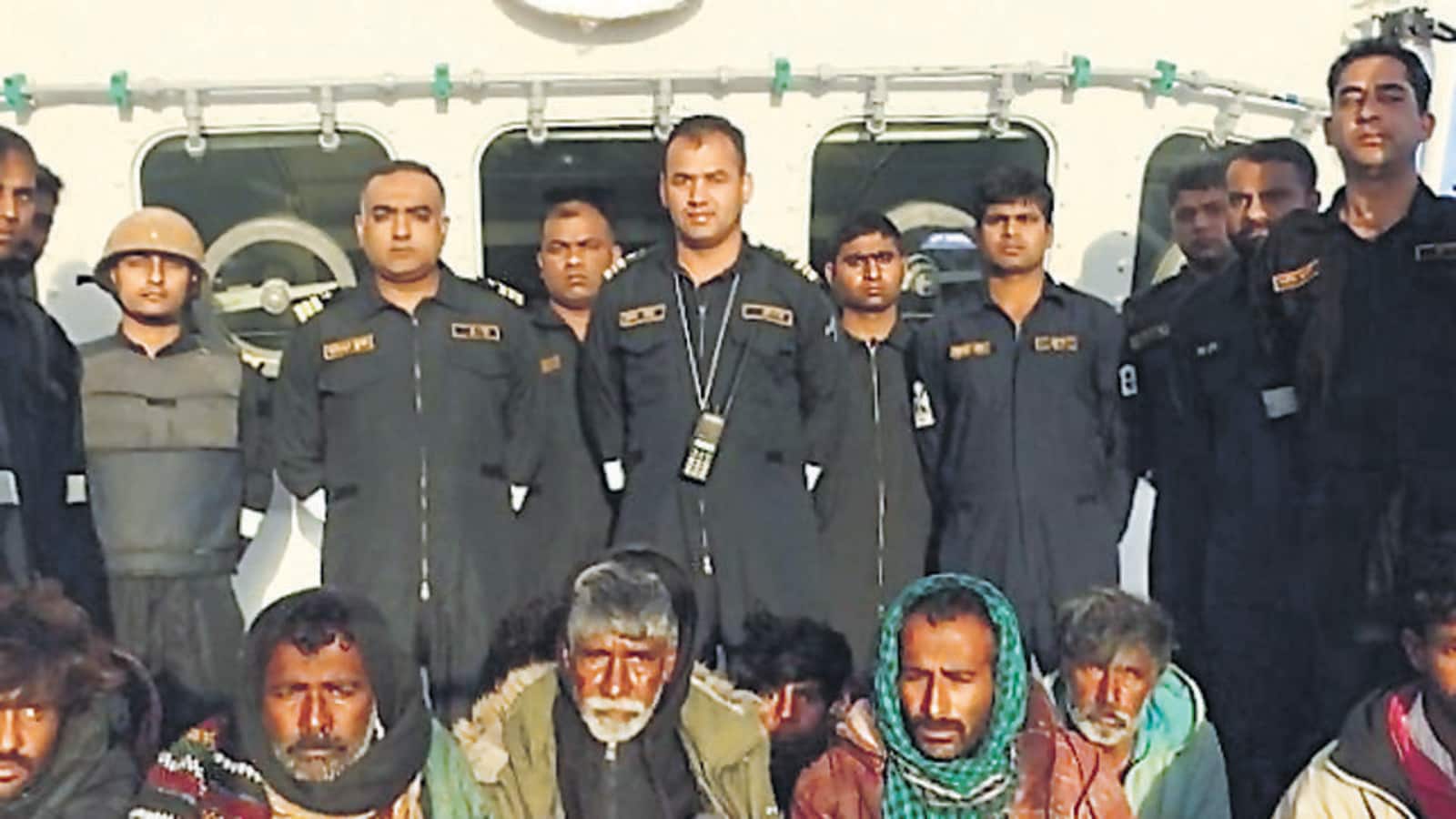 The Indian Coast Guard apprehended a Pakistani fishing boat with ten crew members in Indian waters in the Arabian sea off the Gujarat coast.

The Indian Coast Guard (ICG) apprehended a Pakistani fishing boat with ten crew members in Indian waters in the Arabian sea off the Gujarat coast, it said on Sunday.

The boat, named ‘Yaseen,’ was intercepted by the ICG vessel ‘Ankit’ during the operational patrol on Saturday night.

When the crew members of the boat failed to justify their presence in Indian waters after being questioned, the ICG ship apprehended it, the ICG said in a release.

The boat tried to flee towards the Pakistani waters, but due to the quick response by the ICG ship, it was made to stop and apprehended, said the ICG.Around 2,000 kg fish and 600 litres of diesel were seized from the boat, the ICG said, adding that the boat is registered at Keti Bandar in Pakistan.

The apprehended boat, with the ten crew members, is presently being towed to Porbandar for detailed investigation and joint interrogation, it said.

“Indian Coast Guard ship ‘Ankit’ during an operational patrol at the Arabian Sea apprehended a Pakistani fishing boat ‘Yaseen’ along with 10 Pakistani crew, operating in Indian waters during the intervening night of January 8, 2022,” the ICG said in a release.

During the initial boarding, PFB Yaseen registered at Ketibandar was found in possession of approximately 2000 kgs of the fish catch along with 600 litres of diesel, the ICG added.Sometimes, Pakistani fishing boats cross the notional international maritime boundary and enter Indian waters during fishing expeditions. There has also been a rise in cases of such boats being used to smuggle contraband drugs through the Gujarat coast.The Indian Coast Guard had on September 15 last year apprehended a Pakistani boat with 12 crew members in the Indian waters off the Gujarat coast.On December 20, a Pakistani fishing boat with six crew members on board and carrying 77 kg of heroin worth around ₹400 crore was apprehended in the Indian waters off the Gujarat coast by the ICG in a joint operation with the state Anti Terrorist Squad (ATS).

Doctor Strange in the Multiverse of Madness end, mid-credit, and post-credit...

When Katrina Kaif said she was packing her bags, leaving Bollywood...

Delhi govt discontinues discounts on MRP of liquor after complaints of...

Only retired judges or lawyers can be judicial members of tribunals:...